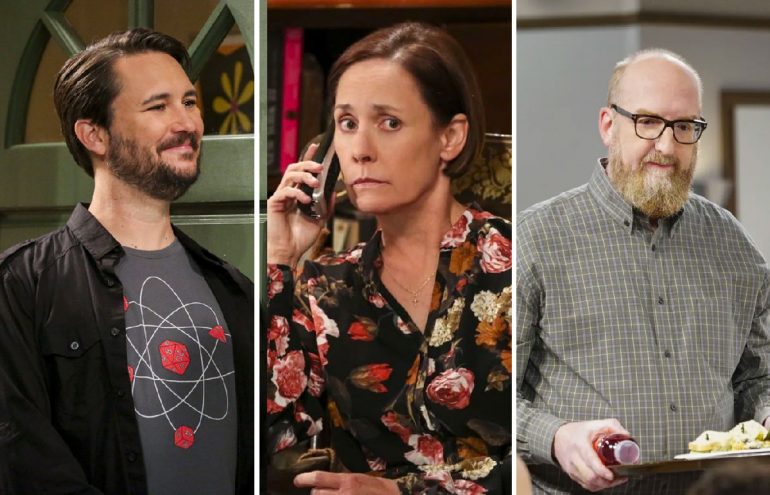 10 Best Side Characters From The Big Bang Theory

When a show runs for 12 years, you’re guaranteed to run into a huge array of different characters. Naturally, you have your main cast, whose popularity is critical to the shows success. But almost as important is an maintaining an impressive support cast. These characters, known as “Side Characters”, can help make or break episodes.

The Big Bang Theory features an incredible roster of side characters. Many of these featured in multiple episode, while others appeared on fleetingly. In this article, we present you with the 10 Best Side Characters From The Big Bang Theory.

Controversial as this may be, we’ve decided that Stuart Bloom should be regarded as a regular cast member. In earlier seasons, Stuart wasn’t a huge contributor. However, as the years progressed, Stuart became more entangled within the main cast’s lives. For that reason, we’ve excluded him from the below list.

The majority of the Koothrappali’s appearance occurred over video call, but that didn’t diminish the quality of their moments. Many of their jokes, often made at the expense of Raj, were worthy of a giggle or chuckle. If you can maintain that sort of strike rate, you’re worthy a spot in the side character lists.

We preferred the humour the duo brought as a couple, rather than later in the shows run. Towards the end, most of their jokes were designed as pot shots at the other one, rather than at Raj. This wasn’t nearly as funny, but based on their earlier work, they’re still deserving of their spot.

The character of Dr. Leslie Winkle was designed as a love interest for Leonard, and as an intellectual challenge to Sheldon. Leslie to everyone else, was a nice enough person, with the ability to drop some stinging barbs from time to time. But it was her work up against Sheldon that brought out her best. Some of her put downs are worthy of a solid belly laugh.

Leslie eventually left the show, only recurring in a couple of later episodes. Her position as a leading Theoretical Physicist at Caltech was taken by Barry Kripke.

Arthur Jeffries was Professor Proton. Growing up, Professor Proton hosted a science related TV show and was idiolised by Sheldon & Leonard. Played by the legendary Bob Newhart, he popped up once or twice per season throughout the later years.

Arthur Jeffries died towards the end of season 7, in an episode titled, “The Proton Transmogrification”. Arthur would come back as a ‘force ghost’ (a projection of Sheldon’s subconscious). He would often appear when Sheldon was in moments of turmoil and wasn’t sure what he should do.

Bob Newhart pretty much brings success to whatever character he is playing, and Arthur Jeffries is no exception.

Dr. Beverly Hofstadter is the Mother of Leonard Hofstadter. We first meet Beverly in a Season 2, Episode 15 episode, “The Maternal Capacitance“. Beverly comes to Los Angeles to visit her son. Leonard is clearly uneasy about her visit, and this more of less sets the tone for their relationship going forward.

Beverly is a cold, calculating scientist. She keeps Leonard and his affection at an arm’s length. In the earlier seasons, her distant parenting techniques and witty jibes often play off as very funny. However, in the later seasons, her tendency to strike Leonard down at any chance starts to come across as very mean. If it wasn’t for this continuation, Beverly would likely place a whole lot higher on the list.

Nevertheless, from a humour point of view, Beverly is often a wonderful addition to the show.

Zack Johnson is a former boyfriend of Penny. He is well-known for having a remarkably simple mind, but is one of the funniest side characters the show has ever had.

Zack’s introduction to The Big Bang Theory coincided with Penny realising that since dating Leonard, she can no longer tolerate dating fools. However, Zack’s best appearance according in Season 4’s, The Justice League Recombination. In fact, this episode was so good it made it to #16 on our list of the Top 20 Best Episodes of The Big Bang Theory.

Zack made 11 appearances across The Big Bang Theory’s 12 seasons. Thankfully, Zack’s character managed to stay the same throughout all of his appearances.

Bert Kibbler was a late, but great addition to The Big Bang Theory. He made a lowkey entrance to the series in The Contractual Obligation Implementation, where he awkwardly interacted with Raj in a Library.

However, it was until The Occupation Recalibration where Bert made his first meaningful appearance in The Big Bang Theory.

Bert’s hulking frame, baritone voice & rock puns make up the majority of his comedy throughout the show. But, honestly, that’s more than enough.

Bert is an accomplished Geologist who would go on to win the $500,000 MacArthur Fellowship Grant. Throughout his appearances, Bert appears in mostly comedic side-story roles. In The Solo Oscillation, he briefly joins Raj and Howards band, Footprints on the Moon.

Barry Kripke is a Theoretical Physicist and colleague to Leonard, Sheldon, Howard, Raj & Amy at Caltech. Upon his introduction, he instantly became Sheldon’s antagonist. He took up this mantle once Leslie Winkle left the show.

Barry had a pronounced speech impediment, which was often used as the butt of most of his jokes, although it was rarely used at his expense. He would routinely taunt Sheldon, popping up wherever and whenever Sheldon would make embarrassing, public mistakes.

The Big Bang Theory wasn’t really a show that used villains, but if you had to pick one, Barry would probably be pretty close to this list. I would guess Barry was the side character with the most appearances (If we’re not counting Stuart).

Mrs. Wolowitz (Debbie Wolowitz) is Howard Wolowitz’s eccentric Mother. She was known for her loud voice and excessive mothering. Howard was a massive mumma’s boy, so he’s by-play with his Mother was a source of great amusement, especially in The Big Bang Theory’s earlier seasons.

Mrs. Wolowitz’s is only ever heard, as her face is never seen on camera. Only on two occasions do we catch a glimpse of Howard’s Mother. The first being Howard and Bernadette’s wedding, where her body can be seen from the satellite view. The second is a blink-and-you’ll-miss-it moment where Raj is eating in Howard’s childhood home.

Mrs. Wolowitz’s overbearing style of parenting is a source of ending laughs throughout her run on the show.

Mary Cooper was a remarkable character. She was, of course, the Mother to Sheldon Cooper (as well as Missy & George). Mary’s ability to keep Sheldon in line was her superpower. Within the main group, Sheldon always ran things his way, and Mary Cooper was the only one capable of putting Sheldon back in his place.

Mary was a devout Christian. Her beliefs on the world routinely conflicted with Sheldon’s widely scientific view. This created wonderful byplay between the two.

Mary’s relationship with other members of the group were quite heart warming. The juxtaposition between both Sheldon and Leonard’s mothers was a great piece of writing. Beverly, the analytic scientist, was the mother Sheldon always wanted. While Mary, the loving and warm christian, was the mother that Leonard always wanted.

Mary lived in Texas, so her appearances on the show were usually just once per season. Mary’s other children, Missy & George, made a couple of appearances throughout the shows run.

Wil Wheaton had a rollercoaster run during his tenure on The Big Bang Theory. In earlier seasons, Wil was played as an antagonist to Sheldon after he unknowingly disappointed Sheldon by not turning up to the 95′ Dixie Trek Convention.

Sheldon would later forgive Wil, with the two becoming friends.

Wil’s ‘nerdy’ tendencies, through his love of comic books & Dungeons and Dragons, helps him skyrocket to the top of the list. It was this association that made many of his appearances so memorable.

Who’s your favourite side character from The Big Bang Theory?