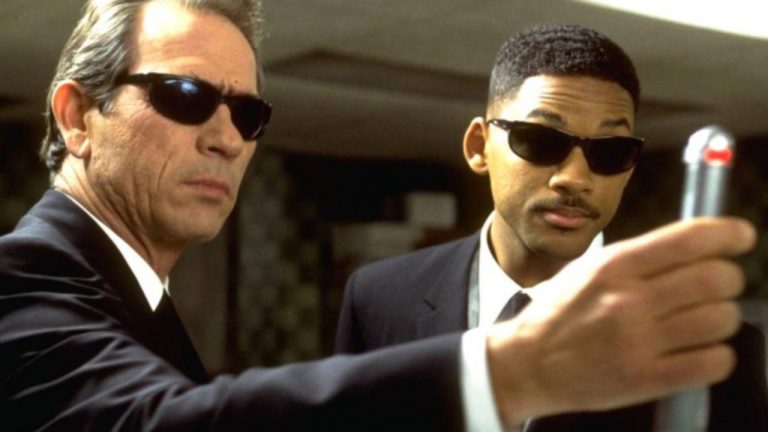 The beauty of science fiction is the idea that you can enter the worlds of your dreams and escape your own reality – if only for a little while. Expanding on this, is the cool gadgets and technology that feature in our favourite movies and TV shows. With this in mind, we’ll be running through 10 Movie Gadgets We Wished Were Real.

Jet Packs are a staple of many action/adventure/sci-fi films. They’re a fantastic mode of transport in a pinch and they’re about as close to physically flying as a human is going to get. Some might say that Jet Packs already exist, but we’re talking the fire coming out the bottom, high speed, great manoeuvrability kind here.

The Jet Pack comes in at #10 because their overuse has made them a little tired and unoriginal. But they’re still pretty sweet.

We’ve already entered the real world applications of what a virtual assistant can do, but we’re not even close to reaching the capabilities of K.I.T.T. I’m not 100% sure what some crazy scientist has chained up in a basement somewhere, but there doesn’t seem to be any commercialised Artificial Intelligence that can make decisions, drive a car really fast, engage in conversions & fire weapons. I kinda wish my car had that feature.

Featured in Hitchhikers Guide to The Galaxy

The Point of View gun works exactly how the name suggests. You shoot it, and it allows you to see the other persons point of view. It seems simple in theory, but i could think of tons of uses.

Not sure if your boss is going to fire you? Shoot him with the gun. He’ll probably still fire you for shooting at him, but now you’ll know whether he was going to in the first place.

This one comes with a slight asterisks. All though it’s cool as hell, time travel would be pretty scary stuff. Assuming one could travel through time, there’s always a chance the device could malfunction on your way back and you’d be stuck there. I am still un-decide if i’d take up the option, but i’d like to be able to make the call.

The Avengers form of time travel is better than most because not only do they travel through time, but they also travel through space and, apparently, realities.

Some of our younger readers may not be familiar with this one, but Zoltar Speaks was an attraction at a local fair in the 1988 movie, Big. Basically, anything you wish for Zoltar will produce. Kinda like a Genie just without the whole unsanitary bottle touching thing.

In Big, Josh Baskin (whose adult self is played by Tom Hanks), a 12 year old boy, wishes to be an adult. Next thing he knows, he is one.

That kind of wishful thinking could have its advantages in the real world.

The Shrink Ray does exactly as the name suggests. It takes regular objects and manipulates their energy, causing them to become smaller. This has been used in a wide variety of TV & Movies throughout the year, but most notably in Honey I Shrunk The Kids.

Having a real life Shrink Ray would have significant advances…imagine how easy moving house would be!

Featured in Men In Black

Featured in the 1997 film, Men In Black, the Neuralyzer is a small device that’s able to wipe clean someones memories of events. In the movie, this is how they’re able to deny the existence of aliens.

If this was real, there’s certainly a few movies I wish I could wipe from my memories.

Wonka Vision allows you to materialise anything you see on TV. Imagine sitting there, hungry as anything and then seeing a Big Mac appear on the screen. Bang! Now it’s in your hands.

If we think people are unfit these days imagine what will happen when this bad boy hits the stores. Although it’d be pretty nice to have a brand new Mercedes appear in your house…might scare the cat, though.

Featured in Back To The Future

Surely you knew this one was coming?

The Hoverboard is one of the most popular ideas from any movie or television show. Rising to fame through the 1985 movie, Back to the Future, the hoverboard was supposed to be invented in 2015 (what’s taking so long people?).

It’s essentially just a flying skateboard, but looks as though it would be the funnest thing you’ll ever do. Human really have a fascination with flying, don’t we?

The adored weapon of the ancient Jedi religion. An elegant weapon for a more civilised age, as our Master Obi Wan Kenobi taught us.

The Lightsaber is a laser-like sword, primarily used for duelling or deflecting objects. The weapon is ‘not as clumsy or random as a blaster’.

Anyone who has a fleeting interest in Star Wars wishes they owned a Lightsaber and that is a scientific fact. In our opinion, it’s the coolest weapon that’s so far been created in movie or television history.