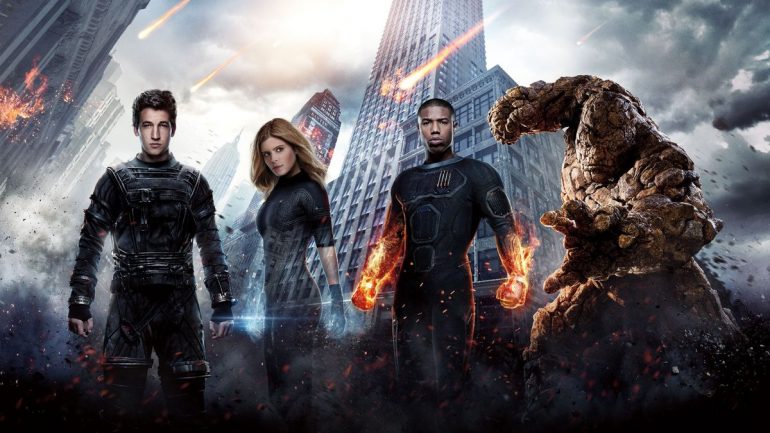 Time to break out the popcorn, we’re going to need it. In this article we’ll be looking through the Superhero movie archives and picking out the 10 Worst Superhero Movies Of All-Time.

Superhero movies have absolutely ballooned in popularity over the past 20 years. With large thanks, at least in recent times, to the MCU, studios are producing these films at an alarming rate. Inevitably, we’ve been left with years and years of rushed films, looking to cash in on the success of their predecessors. Of course, there have also been some truly astonishing Superhero films, but that’s really not what this article is about.

So without further adieu, we give you our list of the 10 Worst Superhero Movies Of All-Time.

Suicide Squad was the equivalent of a young athlete with enormous potential, but just couldn’t make it when it came to the big stage. When Suicide Squad’s trailer hit the internet, expectation reached fever-pitch. It was an incredible trailer, showing off what appeared to be, excellent characters.

Joker, Harley Quinn, Amanda Waller and Deadshot, portrayed by Jared Leto, Margot Robbie, Viola Davis and Will Smith, respectively, all appeared set to become major DCEU players. However, as soon as the film hit theatres, we all quickly realised that this was not to be, and the continuation of DC’s horror flicks (and not in the scary way) was not set to end.

Suicide Squad failed on a number of levels, and clearly appeared to be somewhat of a Frankenstein’s Monster thanks to last minute alterations. On the whole, the film was a failure on a plot level. It’s nonsensical nature and horrifically portrayed villains left audiences at a loss for how a major motion picture could be so bad.

Thanks to the contribution of other Fox-based X-Men films (X-Men 3, Apocalypse and Dark Phoenix), X-Men Origins: Wolverine has been allowed to float through life relatively easily. But I can tell you one thing, the next time I do an X-Men watch-through, it’s going to be extremely tough for me to hit play on this one.

The funny thing about the Daredevil film is that I didn’t hate it as a kid/teenager. However, as time has gone on, you start to see films for how they really are, and over the years, Daredevil has shown it’s true colours. However, I’m not entirely sure the movie and the writers are entirely to blame.

At the time of the films release, Superhero films were still somewhat campy in nature. Spider-Man was about to buck that trend, but even then, those films relied on some goofy scenes every now and again. The problem for Daredevil is that he’s such a dark and troubled character in nature.

Daredevil was to Ben Affleck as Batman was to George Clooney. Luckily both were talented enough actors to shake off the performances, but geez, they must be sick of answering those questions by now.

Weird Bat Nipples, Bat Credit Cards, and corny puns are just some of the peachy surprises that Batman & Robin have in store for you. To put it in perspective, Batman & Robin has a 38% score on IMDb and 12%.

The film is so universally panned, that it actually makes Batman Forever seem like a decent flick.

Thankfully, for George Clooney, Christopher O’Donnell and Arnold Schwarzenegger, the film wasn’t a career-ender and they have all continued to have success both in acting and in Arnolds case, politics.

When I first mapped out this article, it was pre-Snyder Cut. However, at the time of writing this, we are post-Snyder cut, and my word has this been further accentuated. Before the Snyder Cut was released, it was already widely acknowledged that Joss Whedon did a complete hatchet job on whatever story Zack Snyder was cooking.

Justice League (the theatrical cut) is the film equivalent of a post apocalyptic wasteland. Everything is discoloured and there’s weird, deformed creatures flying around and no one is really sure why.

The films tone, plot and writing were completely shifted from Snyder’s original plans. WB decided to go in this direction to create something akin to the MCU’s Avengers. What we were left with, however, was a film that was never sure what it was, with characters of whom departed dramatically from their normal traits.

Poor, Elektra. She has the unwanted record of appearing twice on this list. In fairness, however, the first time was technically a side role within the Daredevil movie. So, you know…it’s not all bad.

The thing about Elektra, is she is actually a really cool character. Elektra is a badass martial arts master and professional merc. Her soft spot for Matt Murdock (and vice versa) creates some interesting criminal entanglement storylines (see the Daredevil TV series for great examples of this). But the movies, and her character through the 2 films, were just…bad.

The film, as a whole, takes itself way too seriously, while the script feels like it was written during that period of time after you’ve just learned vowels, but you’re still struggling to put words together.

Forevermore, the most frustrating aspect of the Green Lantern film was that they had the ability to make a good movie, and they blew it. While he wasn’t then as widely loved as he is now, Ryan Reynolds was a solid casting choice for Hal Jordan and the CGI was advanced enough to make the action seem realistic. These combinations should have resulted in a film which ended up in our “Best Superhero Movies of All-Time” list.

What we got was a messy, weak plot, disjointed characters and CGI which was passable, at best. Thankfully Ryan Reynolds redeemed his Superhero ambitions with the hugely successful, Deadpool. Otherwise, like Clooney before him, he would’ve gone down into the history books for all the wrong reasons.

3. Superman IV: The Quest for Peace

Superman 4: The Quest for Peace is a classic example of, “you can have too much of a good thing”. I don’t think I’ve ever met someone who didn’t like Christopher Reeves’, Superman. The man just was Supes. He had the look, the charm, and the clumsy, humane and gentle mannerisms of Clark Kent. But after the brilliant Superman (1978) movie, we were given the pretty good Superman II (1980). Then came the, “eh, that was watchable”, Superman III (1983). Finally came the, “wow, what was that?”, Superman IV (1987).

The film was littered with poor special effects, inconsistencies and plot holes. Often, the plot appeared to be incoherent. For me, the clincher was when Superman somehow managed to repair The Great Wall of China with his eyes. Incredible.

Superman IV: The Quest for Peace would be the final time Christopher Reeves donned the Superman suit.

Strangely, Halle Berry is actually quite good. Which is odd, because generally in awful movies, the main character is one of the weak spot. But no, Halle Berry puts in a reasonable performance as the lycra-wearing, roof jumping, feline-esque protagonist.

To this day, I’m still shocked that they felt the need to make a legitimate acting star such as Halle Berry wear such a ridiculous costume. Did they think this would help people overlook the terrible writing and bad action sequences? There wasn’t much that would’ve saved this film, but better costume design wouldn’t have hurt.

And finally we come to the end of our list with Josh Trank‘s hilariously over-acted and uber dramatic, Fantastic Four.

Sometimes a director decides to step outside of the industries pre-defined boxes, and it works wonderfully. Other times they try too hard, and it fails miserably. Unfortunately, for both Josh Trank and Fantastic Four fans, this was one of those times.

The film is dour and depressing and doesn’t represent the characters in a way in which fans were familiar. I don’t have a problem with attempting to redefine a characters motives or behaviours, but messing with characters that are deeply rooted in comic book history is rarely going to end well.

The film was a critical and commercial flop, and until something worse comes along, will go down in the eyes of many as the Worst Superhero Movies of All-Time.