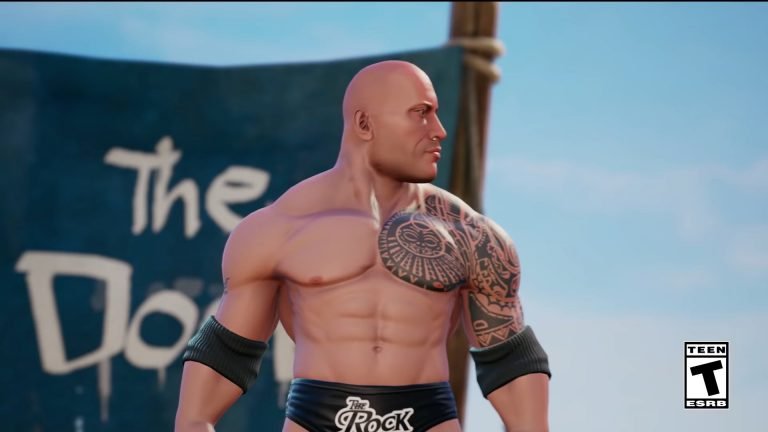 Well, it turns out the rumours were right all along. In an announcement on Monday, 2K announced a new WWE game, but not the kind we’d originally expected.

After a horrific WWE 2K20 experience for everyone, 2K were desperate to reinvigorate and re-inspire the wrestling genre. They released a prepared statement on the new WWE Battlegrounds game. 2K said,
“we are applying what we’ve learned to the next WWE 2K simulation game with a renewed focus on quality and fun.”

On the topic of whether there will be a standard WWE 2K game this year, 2K reiterated that they will not be releasing a title this year, instead pushing it back until 2021 to ensure,
“ensure the development team at Visual Concepts can create a great game that will entertain grizzled WWE 2K veterans, as well as newcomers who want to climb through the ropes and step into the ring for the very first time.”

The trailer is a wild ride through a game which reminds many of the famous NBA Jam basketball games. There are crocodiles, massive leaps, explosive takedowns and at one point in the trailer, Charlotte Flair turned green. The trailer featured cartoonish version of The Rock, John Cena, Becky Lynch and Charlotte Flair.

WWE Battlegrounds is being developed by Saber Interactive and will be released sometime during Spring in Australia and Fall in the States.

WWE fans and wrestling gaming enthusiasts are still hurting from the WWE 2K20 release last year. It’s possible some of this splash back has jumped over into this games announcement. Taking Twitter as a source of concern, fans are coming across less than impressed with this arcade-style game announcement.

Instead of something interesting like a Smackdown: Here Comes The Pain remaster, 2K is deciding to release a WWE Battlegrounds game… I don’t know how to say this but, 2K, sell the contract brothas #WWE #2K

It’s possible that WWE 2K Battlegrounds could turn out to be a good game, but its art style is certainly not. The female models are especially bad. https://t.co/M7qCKf0x8b

It will be interesting to see how the fan reaction changes over time. As more trailers and gameplay announcements are released, it’s likely that fan sentiment will somewhat ease. I guess we will have to wait and see.

Are you looking forward to playing WWE Battlegrounds? Let us know in the comments!
Find more from our video game section here.