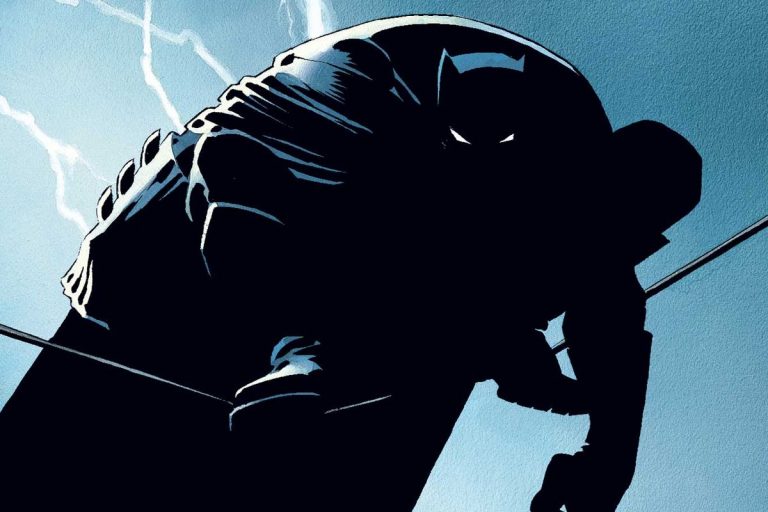 Because of the raging success of live-action superhero blockbusters, it’s not difficult to understand how, for so long, animated films have been overlooked. Naturally, the next big Batman or Thor film is going to bring in a substantial amount of money for their respective companies – much more than an animated project.

But this doesn’t mean that the quality of films being produced in the animated industry is poor. In fact, some of the films being made today are of an exceptionally high quality – they simply don’t have quite the fan fair they deserve.

We at Popcorn Banter absolutely love our animated superhero films. Over the years we have been blessed with some classics and now we give you our list of the Top 5 Best Animated DC Movies Ever.

Full warning – It’s likely you’re going to find a lot of Batman films in this list. It’s not because we’re huge fans (we are), but more so due to the fact that something about the Caped Crusader seems to jump out of the animated screen. His character has a way of evolving to a new level in this medium. If you don’t believe, check out ‘Batman: The Animated Series’.

‘Batman: Year One’ follows a young Dark Knight, quite literally in the first year of his Batman-career.

Funnily enough, Batman isn’t the best part of this film. That title belongs to Gotham City Police Lieutenant, Jim Gordon. Just as Batman has returned home to Gotham, desperate to make a difference, so has Jim Gordon. Gordon has transferred from Chicago PD and quickly becomes acquainted with the appalling level of police and government corruption.

As Bruce Wayne’s Batman begins to make a name for himself by taking out the mob, Lt. Gordon is tasked with taking Batman down. This leads to a wonderful cat and mouse style narrative throughout the 2/3 of the film.

Unsurprisingly, this is a film based on another classic Frank Miller story. A must watch for any Batman or DC fan.

Originally a 12-issue comic book series, All-Star Superman was turned into an animated film in 2011.

After significant time spent near Earth’s Sun while saving a team of scientific explorers, Superman is left heavily exposed to radiation. Initially, the radiation shows positive effects, as Superman’s strength reaches incredible levels. However, it becomes clear that although he is experiencing exponential power increases, he is slowly being destroyed at a cellular level.

Lex Luthor naturally plays a huge part in the manipulation of Superman’s narrative. Kal-El is left exploring moral and ethical questions, as well as the ultimate realisation that soon…he will be dead.

Due to the popularity of the original comic-book series, the critical reaction to All-Star Superman is mixed. But if you’re willing to pull yourself away from comparisons, All-Start Superman will take you on an emotional journey that you will rarely experience and give you a new way of viewing The Man of Steel.

3. Batman: Under The Red Hood

I have seen better fight scenes in animated films before. I’ve been more excited by the events unfolding on the screen. But i’ve never been as emotionally engaged as I was on the first viewing of this film.

The film takes us on a “who dat?” story, as an unidentified man, wearing a Red Hood, begins to terrorise Gotham Cities criminals. You might be thinking, “but that sounds like a good thing?”. Maybe…but when the same man is murdering people faster than you count, you can bet your bottom dollar that The Dark Knight is going to have something to say about it.

Under The Red Hood gives us a great glimpse of the worlds greatest detective as he tries desperately to find, and unmask this vigilante nightmare.

As the film creeps closure to its climatic moments, the incredible story – as well as some downright awesome script writing – begins to unfold before our eyes.

First off, this is not a story I’d be watching in front of young children. This is a DC movie with a dark twist. It’s the characters that you’ve grown to know and love…but they aren’t like you know them at all.

This is a flash-centric movie. So we mostly follows the events as they transpire through the eyes of Barry Allen – but the whole Justice League is here for this one.

After deciding he can’t deal with the loss of his parents anymore, Barry decides to tap into the speed force. He plans to run backwards through time and stop Eobard Thawne from murdering his mother. He succeeds – but time travel is tricky. A butterfly flaps its wing and….well, you get the gist.

Coming back to the present, his Mother and Father are there…but things are very different. Barry is no longer the Flash, and the world isn’t the same place he left. Needing answers, he turns to the one guy he knows can help – Batman.

This movie will provide you with moments of joy, moments of sadness and movies of jaw dropping brutality that will leave you checking the rating sticker on the BluRay cover.

For the sake of a better list, we’ve decided to include parts 1 & 2 of The Dark Knight Returns together. Each part is considered its own film, but when spliced together it makes something oh so great.

Based on a graphic novel, known as Frank Miller’s masterpiece, The Dark Knight Returns is packed full of story, character (re)development and a flurry of questions about vigilantes and the nature of right and wrong.

Batman is retired at the beginning of Part 1. He has more fights behind him than he has in front of him. But as Jim Gordon’s career begins its descent towards retirement, a new wave of criminals – known as The Mutants – begin crowding Gotham’s streets. Determined to put an end to it, the Caped Crusader dons the cowl once more. The Dark Knight shows that determination can be just as powerful as strength.

This leads to a fantastic final showdown with the Mutant leader. It includes a wonderful animated fight sequences and a couple of truly iconic lines.

Part 2 features a new Gotham City Police Commissioner, a “reformed” Joker, and the young Mutants that we met in Part 1, now known as “The Sons of Batman”.

The question of Batman’s place in this new society is questioned, both by the media and the government. It was this new wave of anti-vigilante government, that inspired Batman & the others to hand in their commemorative Justice League medallions a decade prior (i’m assuming they had some).

Superman, who is working alongside the government, is brought in to bring an end to Batman’s shenanigans. However, as I write this, I start to think that anyone willing to refer to Batman destroying a Mutants shoulder and knee joints as “Shenanigans” has grossly misread the situation.

Not one to be given a Superman-sized warning and backdown, Batman naturally rejects the threat and we’re treated to a master piece of a final showdown between The Man of Steel & The Dark Knight.

The Dark Knight Returns really has it all – Wonderful writing, excellent direction and brilliantly crafted fight scenes that show an understanding of the intricacies of each character’s personality and ideologies.