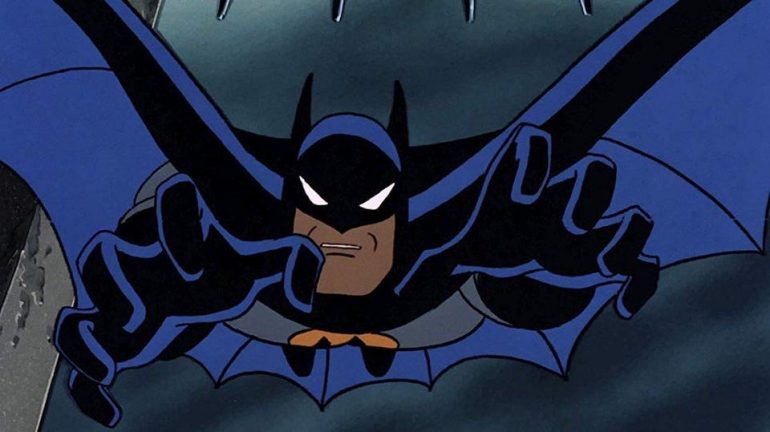 With the recent creative issues that DC’s live-action films have endured, it’s tough to remember there’s an entire treasure trove of high-quality content from years past. Specifically, in the world of Animated TV, DC is home to some of the best shows ever created. Be they live-action films or animated TV Series, the DC Universe is home to some impressive works of fiction. Despite a large collection to choose from, Batman: The Animated Series continues to be the cherry at the top of that particular sundae.

In this article, we seek to answer the question, ‘What is the best episode of Batman: The Animated Series?’.

Batman: The Animated Series debuted in September 1992 and ran until September 1995. The success of the show kicked off the birth of the DC Animated Universe, spawning a myriad of TV series, feature films, games and comic books.

The show was widely praised for its animation style, which utilised film noir aesthetics and darker tones. The show’s writing, which was technically aimed at children, was held to critical acclaim for it’s emotional depth and thematic complexity. This 90’s concoction of inspired artistic style and nuanced storytelling remains as prevalent today as any other superhero animation.

If you’re feeling uninspired by recent Batman films or comics, we highly suggest heading back to the 90’s and enjoying this fantastic series.

To celebrate what is truly an artistic masterpiece, we’ve decided to look at the 5 Best Batman The Animated Series Episodes ever.

‘Feat of Clay’ is the first introduction to Matt Hagen, later known as Clayface. Hagen is a disfigured actor with an addiction to a chemical formula, allowing him to morph into other people. An unfortunate overdose causes Hagen to lose connection to that last part of who he really was. He transforms into a permanently clay-life creature – aka, Clayface.

The beauty of ‘Feat of Clay’ is in its ability, and also desire, to constantly subvert the narrative expectations. Batman is used to tackling known villains, but how can he defeat someone who can literally be anyone?

The episode deals with the loss of one’s identity, as Hagen struggles with the idea of who he really is. This level of emotional resonance is something of a trend throughout Batman: The Animated Series. Clayface wasn’t the first or last character to suffer from his own psychological horrors.

“Beware the Gray Ghost” teaches us that even heroes have heroes. Bruce Wayne spent his childhood watching his Father’s old black and white TV, while the Gray Ghost was fighting crime. This inspiration (amongst other things) prompted him to follow in similar footsteps.

When a modern day terrorist takes on the persona of one of the shows villains, Batman seeks out the actor who portrayed his old hero to solve the case. The episode exposes the dangers that avid fandom can place in unstable minds, but also shines a light on the need for companionship, wherever it may come from.

Notably, the Gray Ghost was voiced by legendary Actor, Adam West. West was famous for portraying Bruce Wayne/Batman in the 1960’s TV series, Batman. “Beware the Gray Ghost” was directed by Boyd Kirkland.

3. “Legends of the Dark Knight”

“Legends of the Dark Knight” is a wonderful tale that portrays the exceptional creativity of young minds, as well as the idea of legends arising from reality.

The episode is centered around three Gotham city kids who happen to spot Batman as he whisks throughout the city. The sight of their hero leads the kids to recount their tales of the mysterious Batman.

As the children tell their stories, the animation style of the episode morphs to meet their anecdotes.

Batman: The Animated Series is known for many things, but perhaps it’s greatest gift to us all is its ability to tell it’s story through visuals alone. Of course, it often had a marvelously written episode attached, but this ability to give life to a tale through nothing but colours and shapes is truly a work to behold.

The episode provides a glimpse into the past and a look into the future, as it helps the audience identify that at some stage, the show must end. But just because the show will end, that doesn’t mean that Batman will be going away.

Surely you’re not surprised to see a Joker-centric episode appear so highly on the list? Not only is the Joker Batman’s Greatest Nemesis, he is, in our opinion at least, the Greatest DC Villain of all-time. That is only accentuated throughout the series, as the Joker is delightfully played by Mark Hamill. Hamill would go on to voice the Joker on several occasions, and is widely regarded as his greatest voice actor.

‘Joker’s Favor’, directed by Boyd Kirkland and written by Paul Dini, only featured a few moments of Batman time. The rest of the episode focuses in on the Joker’s psychological torture of a man named Charlie Collins.

Charlie learns the definition of “messing with the wrong guy” when he inadvertently yells at the Joker for being a poor driver. Of course, this sets off a process in which Joker forces Charlie to play a part in the Joker’s scheme to kill Commissioner Gordon.

‘Joker’s Favor’ is also famous for the first ever appearance of Harley Quinn. Harley, as we all now know, would go on to be a huge DC comics character. In a large part, that can boil down to the writing attributed to the character throughout Batman: The Animated Series.

Unfortunately, when people think of Victor Fries, they think of Arnold Schwarzenegger and his tortured puns. However, this glib, albeit prevalent interpretation can’t overshadow what is, afterall, a terrifically deep and complex character. The character of Victor Fries, or Mr. Freeze, is brought to life in extraordinary detail through his use in the episode “Heart of Ice”. This isn’t Fries’ only outing in Batman: The Animated Series, but it is undeniably his best.

Within the space of space of a half hour TV slot, Victor Fries was transformed from a wacky rogue to a man with a broken heart, willing to sacrifice his freedom and his sanity to preserve the woman he loves. Heart of Ice is a heart wrenching look at a disturbed man, but one who is exceedingly understandable through his genuine emotions.

Of course, Fries emotions aren’t an excuse for his many crimes. However, it’s this level of storytelling, in which Bruce Timm (Director) and Paul Dini (Writer) refused to sacrifice story and emotion for punches and kicks, which leads us back ‘Heart of Ice’ time after time.

What is your favourite episode or memory of Batman: The Animated Series? Let us know in the comments section below.