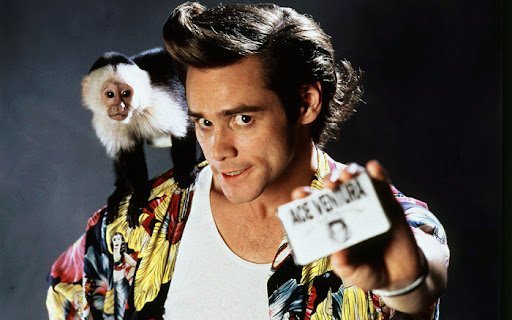 Modern day movies and television have developed an incredible ability to tell stories within the drama, thriller and superhero genres. However, the 90’s were widely known for creating some of the best comedies ever. This belief is consistent across both movie and television.

It’s hard to pinpoint exactly what it was about the 90’s that helped create so many wonderful films. It was most certainly a simpler time. Mostly due to our limited knowledge & instant connection to world events. It also seemed to be a time where the world was more capable of laughing at itself. A skill that seems to be lost in the modern world.

Additionally, the 90’s carried a slew of all-time favourite comedians who made the transition into acting. These include: Mike Myers, Jim Carrey, Adam Sandler, Jerry Seinfeld, Kathy Griffin, Ray Romano, David Spade & Chris Rock. And those are just the ones I can name off the top of my head.

Many of these comedians didn’t just perform your copy/paste stand-up routine. Each of them had unique, defining characteristics which helped accentuate their films even more.

Because we love a good laugh (and really, who doesn’t), we’ve combed through many of the best 90’s comedy movies and have come up with our 5 Best Comedies Of The 90’s.

5. Austin Powers: The Spy Who Shagged Me

The Austin Powers franchise, which debuted in the 90’s and stretched into the 2000’s, has always been a fan favourite. The series kicked off with the 1997 movie, Austin Powers: International Man of Mystery, a hilarious americanised takedown of classical British franchise, James Bond.

But the series saved its best movie for the second instalment, ‘Austin Powers: The Spy Who Shagged Me’. Dr. Evil produces a time machine that allows him to travel back in time to the 1960’s to steal Austin Powers’ mojo. Without his mojo, Austin Powers isn’t able to conjure the charisma to defeat his famous enemy. Austin Powers must find a way to retrieve his mojo and stop Dr. Evil from taking over the world.

Honestly, each of the Austin Power’s movies could have taken the place at #5, but we’ve decided that The Spy Who Shagged Me is the clear winner here.

Baseketball was brought to you by the creators of South Park & Team America, Trey Parker and Matt Stone. They also created the wildly successful broadway musical, The Book of Mormon. If you haven’t seen Baseketball, that should give you a pretty good indication of the kind of humour the movie possesses.

Baseketball follows two normal, but layabout guys, Joe Cooper & Doug Remer, as the accidentally creators of what would become an extremely popular new sport, Baseketball. The game plays off the fundamentals of Basketball and Baseball.

The game becomes so popular that it hits the big time, become a semi-professional sport.

As always happens in professional sport, the lure of money starts to take a hold. One unscrupulous team owner tries to sway ‘Coop’ to allow Baseketball to profit off it’s successes, causing a rift between best friends Coop & Remer.

I think the reason ‘Office Space’ works so well is that anyone who has ever worked an office job can relate to it on quite a high level. The extreme banality and exhaustion of what it is to work in a quiet, monotonous 9-5 job comes through wonderfully well in this 1999 comedy. Peter Gibbons, a frustrated Initech programmer, goes to a hypnotherapy session with his current girlfriend.

While being personally hypnotised, the therapist suddenly dies, leaving Peter in a state of perpetual relaxation and indifference towards his work. As this unfolds, Peter begins reaping the benefits of his new found lack of care. Due to the unfair nature of his workplace, he and his friends decide to try and subtly steal their money using a method made famous in Superman 3.

Wayne’s World gives Mike Meyers his second spot in this list. The movie, which was set in the 80’s, is about Wayne and his friend Garth as they go through their everyday lives as low-level local celebrities thanks to public-access television. When they sell their show to a television producer, Wayne and Garth struggle to deal with the production of their revamped show. Wayne must also fight off the advances of TV producer Benjamin Kane as he tries to steal both the show and his girlfriend, Cassandra Wong, from Wayne.

The idea for the movie came after Mike Meyers performed a recurring Saturday Night Live skit of the same name. Wayne’s World has also found its place in contemporary society as a source of a seemingly never ending supply of fantastic GIFs.

Ace Ventura was Jim Carrey at the height of his powers. The film is so ridiculous and so very funny. The movie follows the title character as he goes about his life pay-check to pay-check as a pet detective. But when the Miami Dolphins star attraction (their Dolphin, Snowflake) goes missing, Ace Ventura is brought in to help track down the villains and bring Snowflake home before the Superbowl.

The movie contains a bunch of incredible one-liners, impersonations and classic Jim Carrey body comedy. It’s an end to end barrel of fun and rightly deserves its place as the #1 comedy of the 90’s.