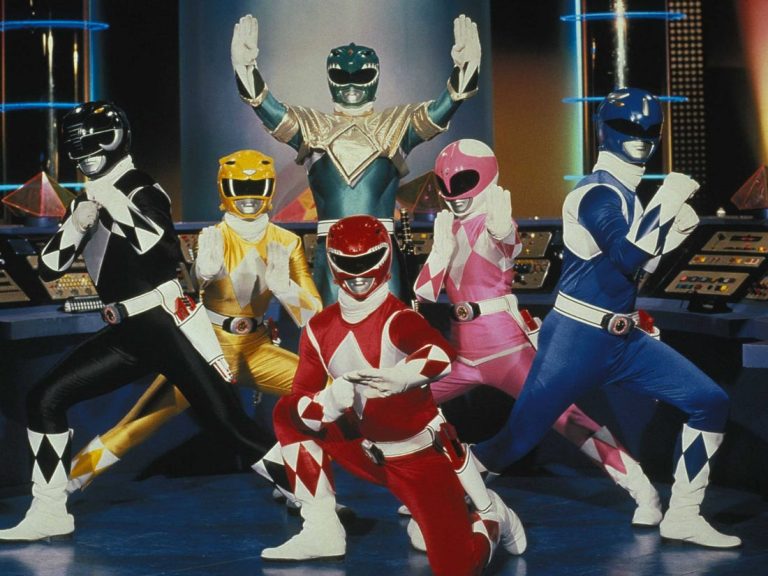 As an adult, Mighty Morphin Power Rangers has a resounding amount of cheese. But we’re able to look past that, remembering a simpler time where you didn’t question why they didn’t Morph at the beginning of every fight.

Ever since I watched Jason return on Power Rangers Beast Morphers, i’ve been going down a nostalgic MMPR YouTube rabbit hole. That, and recently watching the MMPR episodes on the terrific Netflix series, The Toys That Made Us, has led me to want to write this article.

So without any further adieu, I give you my picks for the 5 Best Episodes of Mighty Morphin Power Rangers.

If you’re interested in how these episodes line up to their ratings, you can read the Top 5 Highest Rated Episodes of Mighty Morphin Power Rangers.

5. The Day of The Dumpster

The Day of The Dumpster was the episode that started it all. This was the first episode of the first season of Mighty Morphin Power Rangers. We’re introduced to our gang of teenagers with attitude, who at the beginning, perhaps had a bit too much attitude.

Astronauts on the moon stumble across a space dumpster and open it. Naturally, they accidentally release a 10,000 year prisoner named, Rita Repulsa – the universe’s greatest villain (until Season 2).

To combat the new (or old) threat to Earth, Zordon enlists the services of 5 teengagers. Initially, the group rejects Zordon and Alpha 5’s pleas to take up the mantle of Power Rangers. They don’t believe in the idea, and leave the command centre.

When Rita’s putties attack, the gang find themselves out of their depth. They use their Power Morphers for the first time. When Rita sends her prized right-hand monster, Goldar, to Angel Grove City, the Power Rangers must fight him off. They access their Megazords for the first time, defeating Goldar who retreats back to Rita’s palace.

The Day of The Dumpster doesn’t have the emotional depth or the fighting sequences of many other great Mighty Morphin Power Rangers episodes, but the sheer fact it was the first means it deserves a special place in this top 5 list.

The Green Candle is another classic MMPR two-parter. The episode takes up the 34th and 35th episodes of the first season (I always forget how big that season was).

Thanks to the Green Candle and it’s ever dwindling size, Tommy’s powers are at risk of falling into Rita’s hands forever. Tommy battles two emotional demons; the fear of losing his powers and his anxiety about asking Kimberley to the dance.

Throughout the episode, the Rangers must face Rita’s most powerful monster to date, Cyclops. Cyclops has the ability to turn into the Rangers zords and assume their powers.

The Green Candle tackles some hard hitting conundrums. Jason, who has entered the dark dimension, needs to make the choice between saving Tommy’s life, or saving the Green Ranger powers. Ultimately, he chooses to help his friend and he allows the candle to burn out.

In order to stop Rita gaining the powers of the Green Ranger, Tommy transfers his powers to Jason. Jason assumes the Dragon Dagger and Shield. Jason is burdened by tremendous guilt over his friends hardship; however, Zordon explains that Jason, as any true leader would, made the hard, yet correct call.

The Mutiny was the Season 2 premiere of Mighty Morphin Power Rangers. It introduced a substantial tonal shift for the show. Previously, Rita Repulsa was the galaxies unquestionable evil queen. However, her place on the pecking order was undone by the reveal of Lord Zedd as her new master. Lord Zedd presents a substantially larger threat to the world, and the Power Rangers are forced to up their game if they’re to take on this new enemy.

Funnily enough, Lord Zedd was such a scary villain, that the show was forced to tone down the character due to an overwhelming number of parent complaints.

Lord Zedd creates a monster named, “Pirantishead”, whose goal is to immobilise the Power Rangers’ Dinozords. Bulk and Skull set about on their quest to find out the true identity of the Rangers.

The Tyrannosaurus and the Dragonzord turn on the Power Rangers and begin to wreak havoc in the city. As a result of Lord Zedd’s return, Zordon unveils new and more powerful Zords to combat the increased threat of evil. Billy and Trini retreat to Billy’s lab to work on a solution to the immobilised Zords.

The Power Rangers regain control of their Zords before Lord Zedd opens up the Earth, causing the Dinozords to sink into the ground. Tommy finds a way to return the Dragonzord to the sea.

Zordon and Alpha 5 find a way to save the Dinozords and transform them with the power of the Thunderzords. The Power Rangers defeat Pirantishead by combining their new zords and creating the Thunder Megazord.

Doomsday was originally intended to be the Season 1 finale. However, more episodes were ordered, pushing this one down the list. This episode seriously raised the stakes for the Power Rangers, even causing them to question whether they want to continue with their heroic adventures.

As Angel Grove is preparing for the first ever ‘Power Rangers Day’, Rita lands her Palace in the centre of the city, subsequently transporting and trapping the majority of the cities residents in her Dark Dimension.

The Rangers summon their Megazord to fight the War Zord, Cyclopsis, piloted by Goldar. The Megazord proves ineffective against the power of Cyclopsis, so the rangers call on the Dragonzord to up-the-ante. Again, their attacks are unable to fight off the powerful Monster. Eventually, the Rangers are successful after calling on their Ultrazord, powered by Titanus. However, after the battle, Rita manages to suck Titanus into a massive sinkhole.

Jason makes a decision to return the Zords to battle on half charge, which turns out to be a bad call. The Zords disappear as a defence mechanism when they’re on the brink of destruction. The Rangers are left stranded without their morphers. They go to Billy’s lab, who works to restore their communications systems.

When the Rangers return to battle, they take on a new strategy to bring down this powerful Monster. Eventually, they are successful in defeating Cyclopsis. The people from Angel Grove are returned from their Dark Dimension prison.

As a result of their fiercest battle, Zordon offers the Rangers a chance to leave. However, they all decline.

Green With Evil, which was comprised of 5 episodes, was easily the best story arc developed during the entire 155 episode run of Mighty Morphin Power Rangers.

Green With Evil is notable for Jason’s iconic battle with Goldar in the Dark Dimension without his Ranger suit.

As Billy & Trina attempt to fix the command centre and Alpha 5, the rest of the team scramble to come up with a plan. After a weird conversation at school, Tommy transports Jason to the Dark Dimension to battle Goldar alone. Eventually, the Green Ranger shows up to fight Jason along with Goldar. However, in the nick of time, Billy restores the communicator, helping Jason escape.

Rita enlists Goldar, Scorpina and the Green Ranger to attack Angel City. She makes them grow and the Power Rangers along with the Megazord must fight the trio without the help of Zordon. Rita produces a Solar Eclipse, which causes the Megazords to lose their power. This results in Rita claiming victory, as the Megazord breaks apart and the Zords sink into the ground.

Alpha 5’s brief interaction with the Green Rangers leads to the Rangers learning his secret identity.

Once Tommy’s ‘evilness’ is defeated, the Rangers offer him a place in the team.