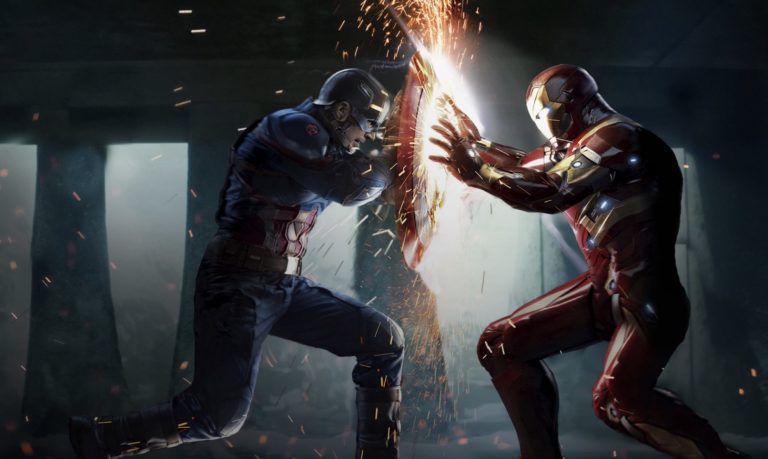 Over its 12 year history, the Marvel Cinematic Universe (MCU) has become one of the most instantly recognisable and successful franchises of all time. Many of that thanks can be placed in the hands of Kevin Feige. The President of Marvel Studios, who with a vision and a path for the future, has managed to steer 23 interconnected films to exponentially rising heights.

As much as Mr. Feige is certainly responsible for the MCU’s success, the casting and subsequent performances of the various character shouldn’t be overlooked. The original casting of Robert Downey Jr. to play Iron Man was inspired. Not only did he succeed in the role; he reinvented what it meant to be Iron Man. Further additions such as Scarlett Johansson’s Black Widow, Chris Evans’ Captain America, Chris Hemsworth’s Thor, Jeremy Renner’s Hawkeye and Mark Ruffalo’s Hulk, were just a few of the big named stars that helped take the franchise to a whole new level.

Despite our clear love of the movies, it’s worth noting that not every single film that’s been produced by Marvel Studios has gone on to be a bonafide classic. In fact, many hardcore MCU fans would admit that the likes of Iron Man 2, Iron Man 3 and Thor: The Dark World, are pretty average films. But despite this, the MCU has an incredible strike rate of putting together incredible and immersive cinema. Many of the movies can be considered amongst the greatest comic book movies of all time.

In this article, we’re going to be asking the question that is regular on everyone’s lips. Just what is the Best MCU Movie?

Let’s look back at the 23 MCU films (so far) and pick the 5 Best Marvel Cinematic Universe movies.

Thor: Ragnarok, when viewed in isolation to all other films, is an extremely enjoyable, thoroughly humorous adventure movie with some fantastic action sequences. However, when taking a more expanded look, Thor: Ragnarok, is a directorial success story that i just never thought i’d see. Up until the day before this movie was released, Thor had been a memorable addition to the Avengers. His depiction was neither great nor bad, he was just there. His work in the major films brought a level of grandeur to the heroic team, but his solo films were nothing to write home about.

Enter Taika Waititi. The man took a fairly bland norse-god and turned him into a funny, modern, lightning fuelled machine. In doing so, he turned Thor: Ragnarok, and the Thor character, into a huge hit. It’s hard to pinpoint another franchise and/or saga of movies in cinematic history that was able to make as successful a transition from subpar and serious comic book flick into an hilarious action/adventure movie.

Captain America: Winter Soldier takes place shortly after the events of The Avengers. Captain America’s still trying to figure out where he fits in this modern world. He’s taken up a position as SHIELD, a Government agency designed to protect America and the World’s interest. Or at least, that’s what he believes.

The film portrays a classic cinema trope, the corrupt and evil government agency. But thanks to the direction and memorable performances from Chris Evans, Scarlett Johansson, Samuel Jackson, Robert Redford and Sebastian Stan, this never feels like a typical political action movie.

Steve is forced into the realisation that his former ideals may not have a place in the 21st century. The movie shows that evil can have many faces and very often they can be standing in plain sight.

After Thanos successfully wiped out half of all life across the universe in Avengers: Infinity War, The Avengers and the Earth are in ruins. After tracking down his whereabouts, The Avengers attempt to retrieve the stones, only to find out he destroyed them. The final nail has been hammered into their coffin, and The Avengers sink to a new low knowing they can’t save the universe.

5 years passes with The Avengers separated throughout the world and/or galaxy. After Ant Man returns from the quantum realm thanks to an under-appreciated vermin, The Avengers devise a plan to travel backwards through time to retrieve the stones and undo Thanos’ cataclysmic evil.

Avengers: Endgame is a film that’s chocked to the brim with something for everyone and anyone to enjoy. Whether you’re an MCU newcomer, or a die-hard fan, this movie is wall to wall action, intensity and enjoyment. The 23 film in a line of incredible interconnected movies, Endgame as a whole is a nod to the MCU fans that have been there from the very beginning, with many fan service moments that will go down in cinematic history.

Avengers: Infinity War provides us with our first vision of Thanos in action. And boy, is he gonna be a handful. In his first scene, he easily beats The Hulk without even breaking a sweat, before killing both Loki and Heimdall. Before being killed, Heimdall sends The Hulk/Bruce Banner back to Earth to warn The Avengers of Thanos’ imminent arrival.

The narrative revolves around a separated Avengers & Guardians team trying desperately to fight off an eager Thanos. Thanos is in the final stages of his plans to capture all 6 infinity stones. With these stones, Thanos plans on wiping out half of all life throughout the universe. He believes that by doing so, life will be allowed to prosper with an abundance of resources.

Many would likely have Avengers: Endgame at the top of their list, so this may seem a little surprising. Endgame probably provides you with a better feeling while watching, but Avengers: Infinity War, from a drama, intensity and stakes point of view, is easily the better film. The difference between the two can be likened to that of Empire Strikes Back and Return of the Jedi.

Captain America: Civil War told a unique comic book story. Our heroes aren’t pitted against a formidable foe such as Loki, Ultron or Thanos. No, they found themselves fighting each other.

Captain America: Civil War posed the question of whether it was morally, ethically and legally correct for The Avengers to operate outside the confines of world Government. After an incident in Lagos, in which Captain America and his team are trying to stop a terrorist (Crossbones) from stealing a biological weapon, Wanda Maximoff (Scarlett Witch) inadvertently blows up a building. The fallout resulted in many injuries and casualties and left the world questioning the place of The Avengers.

Tony Stark, along with General Ross (last seen in The Incredible Hulk film) put the Sokovia Accords in front of the Avengers. The accords stipulate that the Avengers must fall under the jurisdiction of the UN security council, or else they must retire. Captain America, believing that the world is safer when these decisions remain in The Avengers hands, refuses to sign.

After the UN is blown up, resulting in the death of King T”Chaka, Bucky Barnes is blamed. When he tries to stop the police from capturing and/or killing his best friend, Captain America is arrested, along with the Black Panther, T’Challa. The remaining conflict pitted Captain America against his friend and ally Tony Stark. Several Avengers are made to choose sides. Eventually, Tony finds out a truth that will rock The Avengers to their core and sever the friendship between Iron Man and Captain America.

This movie took a deep dive into questions around how the world should operate. Allegiances were drawn, and most of all, the film told an emotionally devastating story of the fall of two friends through subtle misdirection and sublime plot choices.

Did you agree with our list of the 5 Best MCU Movies? Let us know in the comments below!
Read more from our MCU section here.