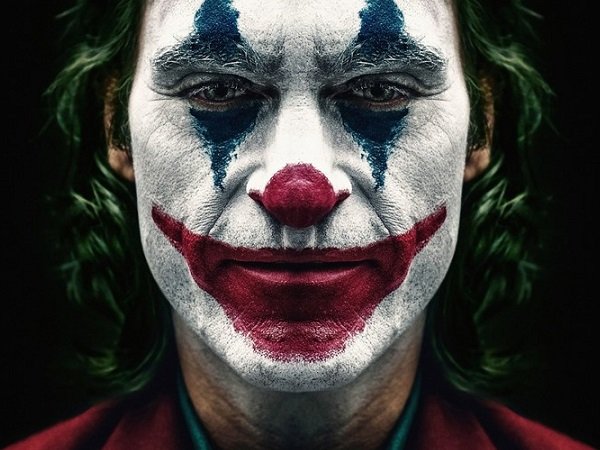 Movies are an artform. Like any artform, or artist, taste can be hugely subjective. What one person adores, another may despise. There are certainly outliers to this rule, however, the quantity of these is certainly on the low side.

In this article, we’re going to be talking about 5 Popular Movies That Just Weren’t That Good.

Now, this is going to be hugely controversial. But that’s kind of the nature of the Internet these days, right? It’s becoming increasingly difficult to voice any opinion without finding a strew of detractors. With that being said, I want it to be known that my opinions on this are purely independent.

The films that will feature below are widely acknowledged as ‘classics’. I won’t be judging this list on the artistic quality, or the writing. This list is being built purely out of the question, “Did I like this film?”.

Additionally, the below list will mostly feature films that are regarded as some of the best movies of all-time,. It wouldn’t be much fun if I threw a bunch of unknown Indie films in there, would it?

Now, as I take a huge sip of courage juice, here are 5 Popular Movies That Just Weren’t That Good.

5. Raiders of the Lost Ark

I can already imagine many of you have your fists clenched in a what is probably the most intense anger of your life. I’m sorry, okay?

I don’t know what it was about the movie, but I just really struggled to get into it. Granted, the first time I saw this I was already well and truly an adult. I fiercely believe that timing has a profound effect on your level of love for a movie. Heck, if I saw Star Wars for the first time as an adult I’d probably have a tough time, as well.

The goofiness of the visual effects, regardless of how groundbreaking they were at the time, just didn’t bode well for a first watch in 2020.

On a side note, Harrison Ford is still the best. His work in the film is the obvious shining light for me. However, my Harrison Ford fondness still wasn’t enough.

I was genuinely hoping to be awestruck by the film. After being a part of nerd culture for many, many years, I have obviously heard an enormous amount of goodwill towards the film. Perhaps my hopes and expectations were too high?

Over the last 20 years, the film has been aggressively flung into that, “Underappreciated at the time, Cult Classic” category.

Personally, I threw it in the “Hide under the bed and pretend it never happened” category.

The film was designed as a psychological journey into the mind of a troubled young man. But really, it just freaked me out, and not in a good way. I’m usually someone that enjoys films which can acutely portray the psychological torment of the characters (not that I wish for that, It’s just good story telling). But, this one simply missed the mark.

I can sum it up best with one of my favourite all-time GIFs.

**Sidenote: I actually thought Jake Gyllenhaal was really good in this film (and every film, for that matter).

A couple of caveats here. Firstly, I’m a huge Russell Crowe fan, so any film of his that hits this list is a real shock, even to me. Secondly, I’m willing to concede I have a bias towards films that basically get nominated for Oscars before they’re even finished.

Now, on with the rant.

A Beautiful Mind paints the picture of a man with what the title suggests. The film generated $313 million worldwide and won 4 Academy Awards.

However, personally, I found the film and the character to be somewhat overacted. When I sense that in a film, my opinion of it drops instantly. Harsh, right? But that’s the way this is supposed to work. Is it a hugely popular film? Absolutely. Did I think it was good? Nope.

I apologise profusely to Australia’s (and New Zealand’s) favourite son, Russell Crowe, and director, Ron Howard. But I just wasn’t that into it.

Avatar broke all of the records. ALL OF THEM. Na, not really. But Avatar was an immensely successful films which, for a while, was the highest grossing film of all-time. That’s one hell of an achievement.

But, on a personal note, the film never resonated with me. The idea of Avatar was terrific, and Pandora was admittedly a beautiful CGI-fest. But the story, down to the characters and their usage, just never hit me the way James Cameron was intending.

Looking back on his previous work (specifically, Titanic), the film was both grand and heart wrenchingly emotional. You get the feeling something similar was attempted with Avatar, but he just missed the podium with the emotional part.

It’s recently been announced that Avatar 2 is a thing, and it’s coming at some point in the future. It will be very interesting to see if, once more, Avatar 2 can break all of the records.

I’ve had some fairly heated conversations with friends about this film. It seems no matter where I go, there is an immense amount of support for this film…and I just don’t get it.

I saw this in theatres after hearing an incredible amount of good reviews upon the film release. I had initially vowed not to pay the money to see it, as it felt like a money grab from WB. After all, if you chuck the Joker’s name on something, you can bet your life that it’s gonna make a tonne of cash.

I spent the first 30-45 minutes of the film waiting for myself to begin loving it. I expected big things to happen and for the Joker’s character to adapt wildly to some sort of hectic event (I know, I know, he kinda does at the end…chill). But as time went on, It becomes overwhelmingly apparent that this was an “art film”. The kind of thing that some art major is going to study in years to come for its ramifications on society and the social commentary around the mentally disabled.

While I don’t disagree that it’s a well made film, you can’t deny that they’ve simply made a movie and slapped the label of the Joker on it. That makes me mad.

If i’m going to a Joker film, i’m expecting the Joker to at least resemble the character that we know and love. Additionally, i’m anticipating a level of exploits more in line with a criminal genius than a random nutjob. Joaquin Phoenix did a fantastic job, and i’m not trying to take away from his acting in the film. But is he the Joker? That would be a no from me.

What did you think of our list of 5 Popular Movies That Just Weren’t That Good?

In your opinion, what’s the most overrated film of all-time? I’d love to hear from you below.