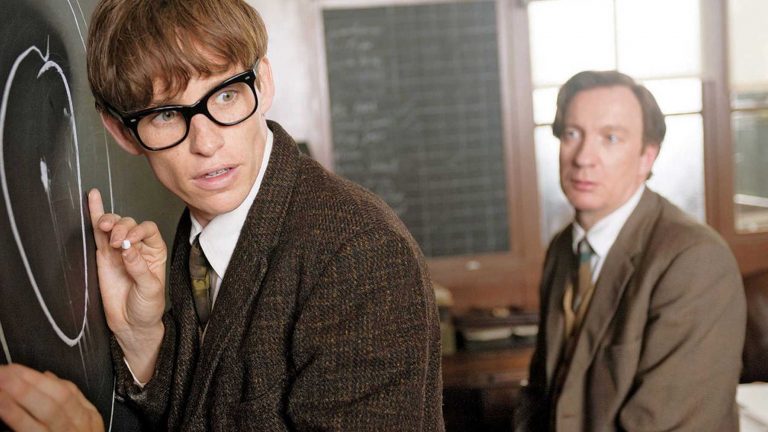 Sometimes there’s nothing better than sitting down in front of the TV and putting on a movie that’s based on real events. Often the portrayal is good and every now and then, it’s absolutely spot on. We’ve put together a list of Actors who portrayed real life people – and nailed it!

Portraying the genius theoretical physicist in the 2014 film, The Theory of Everything, Redymayne put in an amazing portrayal of the late Dr. Hawking.

Redmayne himself has noted that the challenge of portraying the real-life genius was both a physical and mental challenge. He needed to be able to manipulate his body to emulate the worsening condition of the Drs. heart-breaking illness.

The Theory of Everything was well received from both a critical and audience perspective, with a 79% Rotten Tomatoes score. However, It was Redmaynes’ performance that generated the most buzz, receiving glowing critical reviews.

Abraham Lincoln is a giant in the history books when it comes to not just American, but world events. Therefore, you need an actor with enormous prestige to even begin to bridge the gap between real-life person and character. Enter Daniel Day-Lewis. His performance of Abraham Lincoln in the 2012 film, Lincoln, was an inspired piece of acting. Day-Lewis won a Golden Globe for Best Actor (Motion Picture – Drama).

Considering the enigmatic nature of the Folk-rock singer, you’d be likely to forgive anyone for not being able to put in a good performance. Add in the fact that Cate Blanchett isn’t even the same gender as the music superstar, the actors ability to nail the performance is just amazing.

Cate Blanchett has long been a terrific actor and this performance emphasised that fact even more. Blanchett wasn’t the only actor to play the singer in “I’m Not There”. As he progressed through the years he was played by a veritable who’s who of film glitterati, including: Heath Ledger, Christian Bale, Marcus Carl Franklin, Richard Gere and Ben Whishaw.

Another musical-biopic and another fantastic performance. Walk The Line told the story of Johnny Cash’s life through the late 60’s and early 70’s. Phoenix puts in a wonderful performance that many believe captured the essence of who Cash was and the struggles he went through.

Phoenix was nominated for Best Actor at the 78th Academy Awards.

The actress also received several other awards for the portrayal.

The Kings Speech is the highest rated movie on this list, with a whopping 95% score on Rotten Tomatoes. That rating is in large part due to Colin Firth’s spectacular representation of King George VI.

King George VI was plagued with speech issues throughout his entire life. This meant that the ability to portray the character authentically must have been significantly more difficult.

Despite this, and with the help of Geoffrey Rush’s presence, Firth produced one of the best acting performances of his career. This was validated by Firth winning the Best Actor award at the 83rd Academy Awards.

Smith danced like a butterfly and stung like a bee during his portrayal of the late former Heavyweight champion. Ali was not just a boxing champion, but a huge civil rights activist. This meant that unlike many other sports films, Smith needed to attack this role on a physical, mental and emotional level.

Smith was sensational in his performance. This was helped by the fact that he didn’t just emulate Ali’s speech, charm and charisma, he could have been called a legitimate doppelgänger.

Smiths’ performance was nominated for both an Academy Award and a Golden Globe.

Did you agree with our list? Was there a performance we didn’t discuss? We’d love to hear your thoughts!