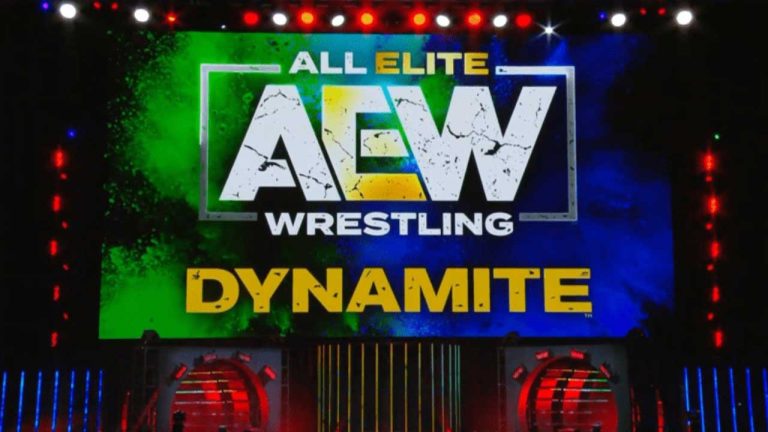 AEW Pulls Out One Of It’s Biggest Dynamite Shows Yet

AEW is a company on the rise. The ‘wrestling-first’ company has been going from strength to strength lately off the back of some solid TV tapings and a couple of fantastic PPV’s.

Since AEW debuted as a rival to WWE, the quality of their TV shows and production has been up and down. When it’s been good, it’s been great. But when it’s been a bit off, it really shows that the show is still finding its feet. However, lately, there’s a different feeling in the air and in a very positive way. From our point of view, it seems like AEW is starting to understand its own identity and build a wonderful TV production.

Here’s a few of the talking points to come out of AEW Dynamite from this past Wednesday night.

Cody Will Be A Fighting Champ & We’re Pumped

After his successful pursuit of AEW gold (or silver), Cody Rhodes debuted himself as the NEW and FIRST TNT Champion of All Elite Wrestling. Considering his unbelievable physical, emotional and personal performances since spearheading this company, there is genuinely no one that deserves it more than the American Nightmare.

But it was Cody’s in-ring promo this past Wednesday night that caught our attention and has us pumped for what the future holds. Speaking with Tony Schiavone in the ring, Cody gave a stirring promo and proclaimed that he would be a fighting champion, offering up weekly open challenge for his TNT Championship.

This sort of programming takes wrestling fans back to the nostalgia of the late 90’s when WCW would hold weekly championship matches for their WCW World Television Championship.

We’re excited to see what this open challenge could mean for the intensity of weekly matches as well as Cody’s singles career, as this level of intensity could help propel him to genuine superstardom.

After being the hottest free agents on the wrestling scene, FTR (formerly known as The Revival in WWE) have finally debuted in AEW and they’re about to light up the tag division.

It wasn’t as if the AEW tag division has been poor, but with FTR, The Young Bucks, and of course the Champions, Kenny Omega and Hangman Page, the high-flying tag division is about to go to new heights!

Jericho & Tyson Went At It & It Was Great

Mike Tyson has made another appearance on AEW Dynamite, this time meeting Chris Jericho in the middle of the ring. Jericho, harbouring some resentment after a double-crossing 10 years ago at the hands of Tyson and DX, was not shy of telling Iron Mike what he thought.

An issue i’ve had every time that Mike Tyson has stepped into a wrestling ring, is that he makes the savageness of the wrestlers seem fairly tame in comparison to his real life intensity. This wasn’t the case here, as Jericho, ever the master of the promo, went toe-to-toe with the former Heavyweight Champion of the World and showed he wasn’t going to back down.

When the two pushed each other, it was on for young and old, with the entire roster rushing to the ring to hold the two teams apart.