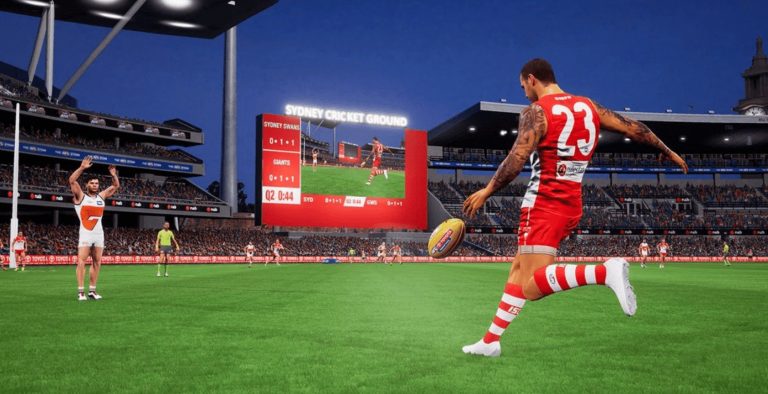 AFL Evolution 2 To Be Released Early

Tru Blu Entertainment, The publishers of the newest AFL game, AFL Evolution 2, have decided to speed up the release of their latest instalment.

Originally intended to be released later in the month, it will now be available for download on Xbox One & PS4 on April 16. This move has likely been executed to coincide with the increased demand for gaming and entertainment during the Coronavirus shutdown.

The game will also be released on Nintendo Switch on May 14, although the PC release date has not yet been announced.

The game itself has undergone some aesthetic improvements from AFL Evolution. The developers have worked to upgrade graphics and face scans to ensure players, teams and stadiums look more realistic.

You can see the trailer for AFL Evolution 2 below.

UPDATED (4th April): It seems the game has broken the street release in a number of EB Games stores around the country. So here’s a fan made video showing how the gameplay will look on PS4.