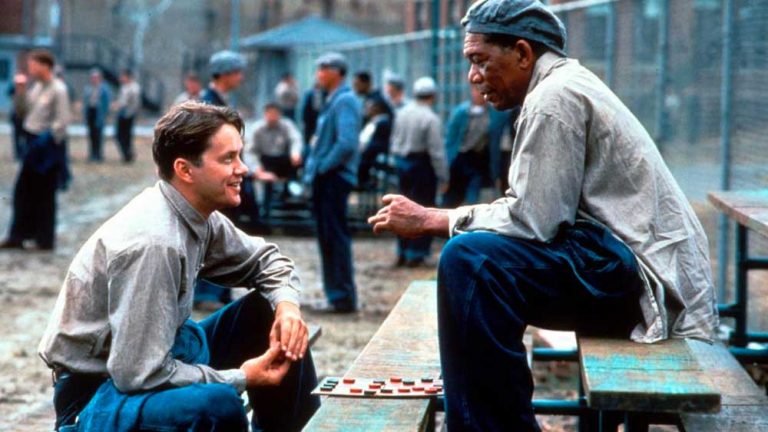 9 Amazing Movies That Bombed At The Box Office

Due to the successes of recent box office hits such as Avengers: Endgame, Star Wars, Avatar & the Jurassic World franchise, we’ve become accustomed to associating box office success with the quality of the film. However, in many cases, this is quite far from the truth.

All throughout cinematic history, there have been films of tremendous quality that have not been received kindly when they first hit cinemas. We have scoured through some of the best movies of all time to deliver you a list of movies that initially bombed at the box office.

Citizen Kane’s original Box Office revenue is hard to track down, but it is known widely that the movie did not recoup its budget when it was first released in 1941. It wasn’t until the late 50’s when the film began to establish the notoriety it deserved. The film was re-released in 1991, amassing $1.6m at the box office and later released on Blu-Ray in 2011.

I would imagine when the writers dictated the one rule of Fight Club they had still hoped that audiences would in fact talk about Fight Club. Well…they didn’t. At least, not much at first. The film, which blossomed into a huge cult classic, was received to a lukewarm, bordering on cold, reaction when it debuted in theatres in 1999. On a box office budget of $63m, the film would take just over $100m across worldwide cinemas.

Many critics and political conversationalists argued that the movie was a risk of prompting copycats to turn to acts of anti-nationalist terror. Although we can’t categorically state the reasons for the films failures, having such negativity in the media upon its release couldn’t have helped its chances of earning top dollar.

Will Smith put in a wonderful portrayal of the late Heavyweight champion, Muhammad Ali in the 2001 movie, Ali. However, fans at the time were not so kind to the film on initial release. The film debuted in cinemas on Christmas Day in 2001, which is a strange choice for big movie. It never again picked up momentum and meandered to an unflattering -$19.3 million loss when the final numbers were counted.

It would seem that 2001 wasn’t a good year for big budget films and cult classics. Donnie Darko, the psychological thriller starring a young Jake Gyllenhaal was another box office flop. Although it did recoup its money, it amassed a measly $7.5m in total, working off a budget of $4.5m. Although the film debuted at the Sundance Film Festival in early 2001, it was released in American theatres until late October. This is pointed as a potential reason for its failings as the world was still reeling from the recent September 11 attacks in New York City.

One would assume that a movie starring both Al Pacino and Russell Crowe, releasing in 1999, would be a surefire box office hit. But the fact is, the film did not recoup it’s budget when it was released in theatres at the end of 1999.

The movie was a fictional account of a true story about a tobacco industry whistleblower. As you can imagine, this film had limited commercial appeal to the younger generation, and suffered financially as a result.

Despite its box office failings, The Insider was met to critical acclaim and to this day has a 96% score on Rotten Tomatoes and 84% on Metacritic.

Man on the Moon

This one does come with an asterisk, as the movie itself is consider great by some and just okay by many others. What does stand out, however, is Jim Carrey’s near spot on portrayal of Andy Kaufman. The performance and the film stayed true to Kaufman’s style of art and comedy and that’s ultimately why, from a critical point of view, it’s so maligning.

Nevertheless, the film was a big disappointment for Universal Studios. Despite Carrey’s huge star appeal, the film struggled to earn anywhere near the films estimated $52-82m budget. This movie goes to show that despite the overwhelming popularity of the casted actor, if the premise doesn’t entice the audience, they just won’t show up.

Scott Pilgrim vs. the World

Scott Pilgrim vs. the World was a 2010 action-comedy film based on a Graphic Novel series titled, “Scott Pilgrim” by Bryan Lee O’Malley. With a star studded cast and a wacky premise, you’d be forgiven for thinking that this film should have raked in the box office money. In reality, the film was an enormous failure for Universal Pictures.

Much like Fight Club, Citizen Kane & Donnie Darko, the films popularity has risen in the years since its release. It now has a 81% score on Rotten Tomatoes and is generally heaped with praise due to it’s comic book/video game style of direction and unique take on the action-comedy genre.

This one is slight different, as Shawshank did make a profit upon release, but it only came after being re-released several months after it’s initial release. The film only made $16m in it’s first 10-week wave in the cinemas, competing with both Pulp Fiction and Forrest Gump. When it was re-released, it surprisingly picked up pace and was able to generate a small profit for the studio.

To this day, many critics have this movie firmly in their Top 5 films of all-time. Yet despite a 90% Rotten Tomatoes score, and a 93% IMDB score, the film only generated $58.3m at the box office. Due to the films overwhelmingly high critical acclaim, it’s shocking that this movie did not make more money.

Whilst it’s not exactly in the same breathe as Citizen Kane or The Shawshank Redemption from a critical acclaim point of view, Willy Wonka & The Chocolate Factory is a wacky musical-comedy that has been universally appreciated for almost 50 years. However, the film did not have such a strong reaction when it first hit theatres and limped to a measly $1.5m profit when all was said and done.

Despite a reasonably positive media reception upon release, the film was shot down by Roald Dahl, the author of the Charlie & the Chocolate Factory, who claimed it was a rushed “disappointment” after failing to meet his script deadlines.

The film, starring Gene Wilder, has a 91% score on rotten tomatoes.