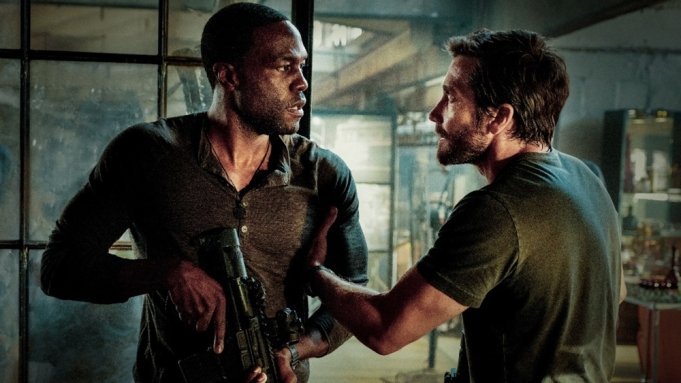 In this thriller, decorated veteran Will Sharp (played by Emmy winner, Yahya Abdul-Mateen II), desperate for money to cover his wife’s medical bills, asks for help from the one person he knows he shouldn’t, his adopted brother, Danny (Jake Gyllenhaal).

Danny is a charismatic career criminal. Instead of direct help Danny instead offers him a score: a $32 million bank heist – the biggest in Los Angeles history. With his wife’s survival on the line, Will can’t say no.

But when their attempt to escape goes horribly awry, the brothers steal an ambulance with a wounded cop and an EMT (Eiza Thompson) onboard. The brothers must evade an overwhelming police force, keep their hostages alive and somehow, someway, escape.

Ambulance is directed by Michael Bay (Transformers) and produced by Bay, James Vanderbilt and William Sherak.