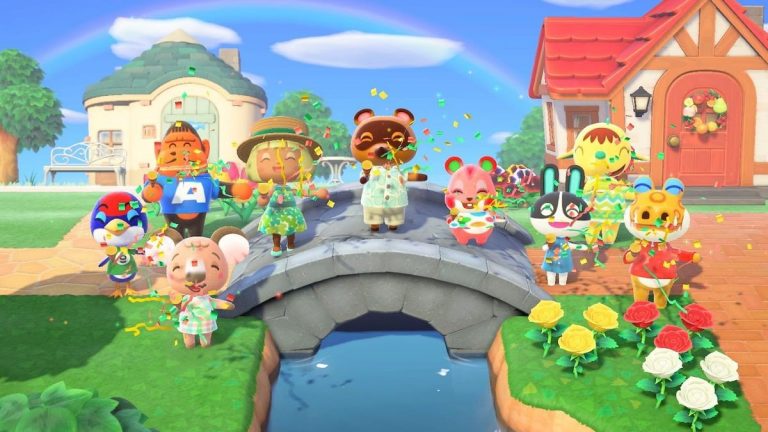 Animal Crossing New Horizons (ACNH) is the Nintendo’s Switch’s latest game and has caused a big buzz across social media since it’s mid-March 2020 release. I’m sure you’ve seen the social media posts, the cute smiling animated animals in clothes? Animal Crossing New Horizons is Nintendo’s fifth instalment of the franchise. For those of you who are new to the brand – you’re probably wondering, “what exactly is it?”.

The game revolves around your human-like character being sent away to a desolate island with Tom Nook, the business savvy raccoon behind the Nook enterprise, a few animal companions in tow and thousands of bells (in game currency) in debt. So why is everyone obsessed with this debt crippling game? There are two reasons:

1) It’s extremely cute, and
2) The whimsical idea of being able to pay off a $500K home loan in two days through seashells and bugs is unrealistic fantasy that we all not only want, but need, during this pandemic.

What does this game have to offer?

Well, you can try your hand at the game’s very own ‘stocks’ market, trading turnips for the right price at the right time. You can spend your days fishing in the islands’ vast rivers or ponds, or scale the beach for shells and coconuts. You can also fill the museum with your bugs, fossils and fish findings and invite your friends who have the game to come and visit. The aim of the game? To create a personalised island, designed however you want, filled with sweet animal villagers, and eventually work your way to the island being rated 5 stars. There’s simply no denying that this game has a lot to offer.

What do I need to know before committing to this game? The most important thing is knowing that this game is for the long haul. Animal Crossings has a lot of repetition, waiting and time sensitive tasks that require patience and planning. There are bugs and fish to be caught during specific time periods of the day, month and even in game climate conditions. This is not to be treated like those school assessments that were left to be done the night before.

I will admit – have I been playing this game much since I purchased it? You bet I have. I have probably logged more hours than I care to truly admit, but I am also glad that I have. The satisfaction in seeing my little village take shape in the way that I want is rewarding. The social aspect of the game has also drawn me in more than any game I have played before. I have loved being a part of the social following for ACNH, laughing at all the memes, TikToks and relatable content that makes me feel a part of a group since isolation has banned social gatherings.

Animal Crossing New Horizons is an extremely whimsical and refreshingly sweet game. Its daily routines and repetition have an almost zen-like quality, with no violence and good vibes for days. Taking the leap and downloading this game from the Nintendo eShop was one of the best things to come from this pandemic. If I’m not allowed to go away on an island holiday or own a home with an ocean back yard, at least I can do it in Animal Crossing.