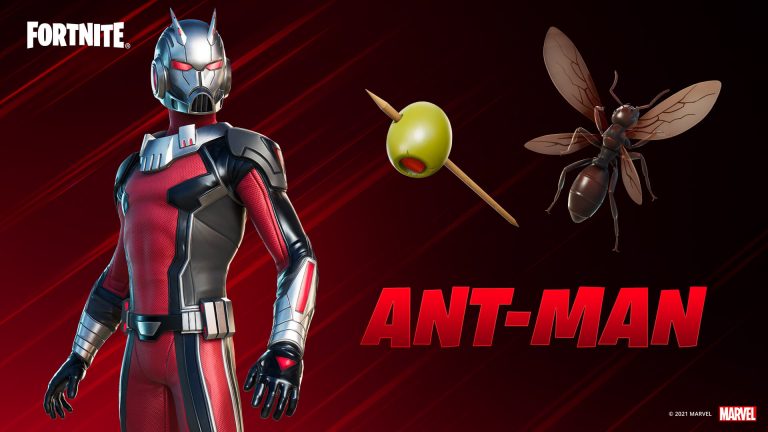 Fortnite have continued their relationship with Marvel and it’s characters, by adding Ant-Man to the Fortnite store. The MCU’s smallest and biggest character follows in the footsteps of Black Panther, Black Widow and Captain America (and others) by being added as a purchasable skin.

The Ant-Man skin can also be purchased with Ant-Tonio as back-bling and a Toothpick pick axe.

Fortnite have been teasing Ant-Man’s arriving, picturing him in his tiny form, on the should of other Marvel skins.

The current chapter of Fortnite is set to end on March 15, 2021. If previous Seasons are anything to go bym, Chapter 2, Season 7 should be right behind it.