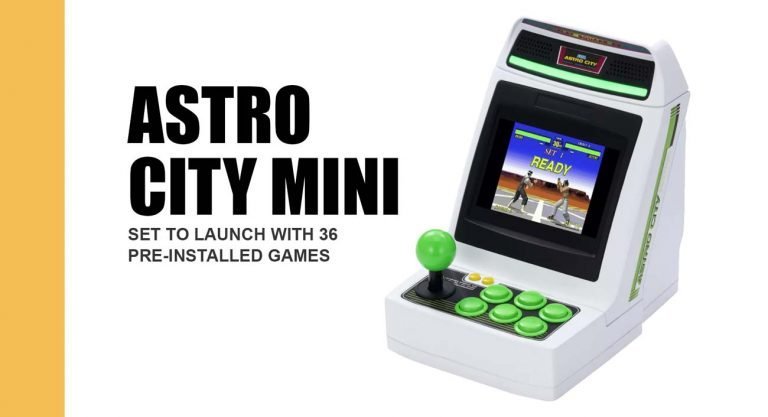 The Astro City Mini will be a (very) shrunken down version of the original Astro City arcade. Users will be able to control their games through the joystick and 6 game-buttons. The unit will include a HDMI-Out component, two USB-A ports, A Micro USB Port and a headphone jack.

The SEGA Astro City Mini will feature 36 games. Here are the games that have been confirmed:

This isn’t SEGA’s first foray into the world of miniature retro gaming. In June it was announced that the Game Gear Micro would be given a new life as a palm-sized device. The launch (and the general idea) didn’t go over particularly well with the nostalgic gaming community. It wouldn’t be overly surprising if the sudden announcement of a second little device is in direct response to the Game Gear Micro’s PR issues.

For those that don’t remember, the Astro City was a SEGA branded arcade machine. SEGA allowed arcade owners or operators to buy the machine and install a game of their choice from a large range of different games. The machine was very popular and could be found in almost all general gaming arcades in the 90’s.

The Astro City Mini will be released in Japan towards the back end of 2020, retailing for around $120 USD (12,800 yen). It’s unclear at this point whether SEGA intend to release the unit outside of Japan.