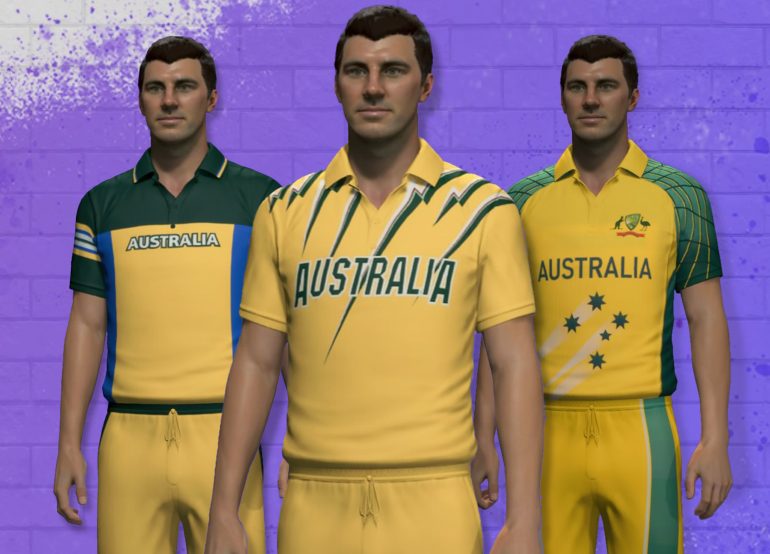 As a bit of a thank you to the fans who have been sticking with Cricket 22 throughout it’s rough start, Big Ant Studios have uploaded 3 retro kits for the Australian Men’s team. These kits come from the 93, 2000 and 2005 seasons.

The update was announced via a series of tweets from CEO, Ross Symons.

Despite my being on a plane there will be patches for #Cricket22 today – and it will contain extra stuff not originally planned for the game as a thankyou for you patience. Details will follow soon.

The guys are building the patches in Melbourne ATM, so build numbers will come later as they are submitted to the platform holders, in the meantime, here's the patch notes. pic.twitter.com/RZyNoVPJip

The kits look terrific and were 3 strong choices. We’re all for the idea of Big Ant continuously adding new retro kits to the action, for all licensed teams. If we’re choosing our favourites, we’d love to see the 1995/96 kit get a run.

Check out the retro kits in the gallery below. What do you think?