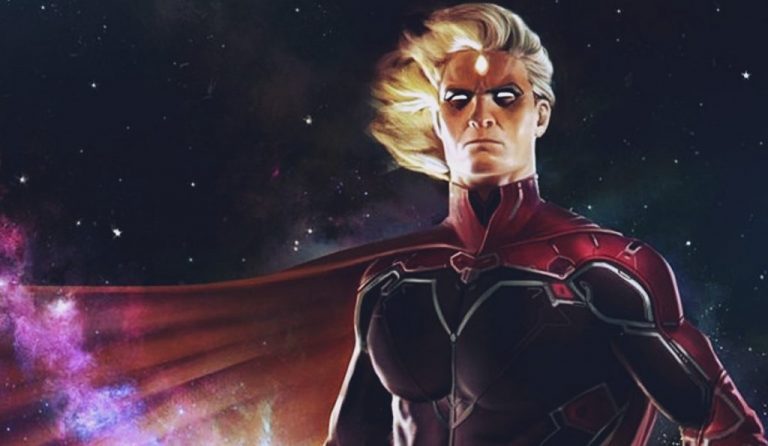 Best Characters Yet To Appear In The MCU

After 3 complete phases and 23 movies, The MCU is already a massive and populated universe, but it’s going to get even bigger. When the MCU first came to exist, it was built off the back of several characters, who despite their current fame and notoriety, weren’t as well-known prior to 2008.

Iron Man wasn’t a 100% lock to appear in an Avengers comic team up, and Captain America and Thor, whilst big names, didn’t have quite the widespread appeal as they currently posses.

The decision to use so-called “B-listers” was mainly due to character limitations. Sony owned (and still does) the rights to Spider-Man (think Tobey Maguire & Andrew Garfield iterations), whilst 21st Century Fox owned the rights to X-Men & Fantastic 4. Prior to the MCU, these were the big guns when it came to Marvel comic books.

Since Disney bought 21st Century Fox in 2019, the MCU now has access to the entire Marvel character playbook. What this means is that as big as the MCU is after 23 films and close to 100 established characters, it’s about to go to a whole new level.

With this in mind, we’ve put together a list of some of the biggest and more powerful characters that are yet to step foot in the MCU. We have decided to leave out any characters that have already been announced (such as the Fantastic 4 or X-Men) as well as a few that might be just a little too tough to bring into the MCU.

Technically, Adam has already made an appearance in the MCU. Well, at least the name “Adam” did, and the inference was that it was Warlock. This occurred at the end of Guardians of the Galaxy Vol. 2 when Golden High Priestess, Ayesha announces, “I think i shall call him….Adam”. Check out the video below to see the clip.

Adam Warlock is a seriously powerful dude, and one who can make a fairly large splash in the MCU. Warlock was a central player in the original events of The Infinity Gauntlet, a 6 issue mini-series that was the source material for the modern MCU Infinity Saga.

The back of Adam Warlock’s players card is extensive, he has Superhuman strength, speed, agility, matter and energy manipulation, flight and he’s an expert in magic. This might make his character a tough sell when transitioning to the big screen as the MCU tries to keep it’s narrative as grounded as possible.

If and when Warlock is properly introduced, it will be interesting to see how his character fairs in the MCU.

If there’s one thing that Marvel comic books enjoy, it’s a dabble into mythology. As you may well know, Thor and Odin are plucked straight out of norse mythology. Hercules is no different.

His character is adapted from the Greek-mythological being. Hercules possesses tremendous strength. In fact, depending on the period, he is possibly the strongest character in the entire Marvel universe.

Hercules possesses God-like strength, which means that his strength is pretty close to being unlimited. He mostly uses great restraint throughout his bouts as he’s a serious chance of accidentally killing someone from hitting them too hard. On top of his incredible strength, he also has advanced endurance, durability and agility.

If he were ever brought into the MCU, his abilities would need to be somewhat nerfed, not dissimilar to what they’ve done with Thor and Hulk (depending on the comic, Hulk can literally shake the Multiverse with one of his punches). Still, who wouldn’t be keen to see Thor take on Hercules?

The Living Tribunal is a cosmic entity, and is kind of a big deal when it comes to the MCU Multiverse (which we’re assuming will be explored in Dr. Strange: Multiverse of Madness). He is responsible for overseeing and maintaining balance in the realities that constitute the Marvel multiverse.

The dude is near omnipotent and is able to warp reality at his will.

Due to the seriously OP level of abilities he brings to the table, it might be tough being able to sell his character in an overarching world that exists main character who can really only tackle ground level baddies (Spider-Man, Ant Man, Black Panther etc).

However, depending on the level of complexity that Dr. Strange and possibly Guardians of the Galaxy decide to enter into, it might be an opportunity to bring The Living Tribunal to the MCU.

The Silver Surfer is one of the best characters in the Marvel universe. It’s borderline criminal that there hasn’t been a well-built iteration of his character brought to the big screen. He featured in Fantastic Four: Rise of the Silver Surfer, but this film is widely panned by critics and fans.

Silver Surfer has starring roles in many of Marvel’s biggest and most popular storylines throughout the years. He was responsible for warning the Avengers when Thanos was plotting to destroy the universe to impress Mistress Death during the events of The Infinity Gauntlet. This role was given to Mark Ruffalo’s Hulk during the excellent Avengers: Infinity War film.

The Silver Surfer can do…well, pretty much anything. Here’s a list of his abilities.

The Silver Surfer has been closely aligned with the Fantastic Four throughout the years, and it would be a huge missed opportunity not to bring this awesome character to the big screen when the announced Fantastic Four movies is released.

Are there any characters that you’d love to see brought into the MCU? Let us know in the comments below.