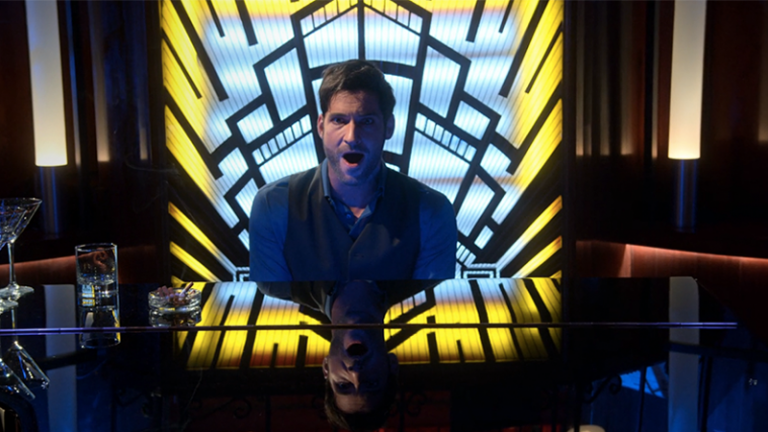 Music has an incredible way of heightening the emotion of any scene. A well chosen soundtrack can make you feel the highest of highs, or the lowest of lows. Often the music will be non-diegetic (post-produced and not experience by the characters) but it can also be experienced as part of the plot. We’ve had a look through the TV history books and found some of the best and most spine-tingling musical moments.

One of the many amazing aspects of Scrubs was its ability to shift tone on a dime. This was a show rich in wacky humour and silly undertones, but could get dead serious at the drop of a hat. Never was this more evident than in “My Lunch”, the 20th episode of Scrubs 5th season.

After dealing with the death of several patients, Dr. Cox tries desperately to save a patient he has become fairly close to. As the mans life gradually drifts away we see Dr. Cox fall into a rage of anger, followed by intense sadness. This scene gives me the feels every time.

Man, how good is TV? Sometimes it just throws up a moment that, no matter how many times you’ve seen it, just gives you chills running down your spine.

For me, this scene from Sense8 is one of those moments. It symbolises the first real coming together of all the sensates, brought on by Riley’s love of What’s Up by the 4 Non Blondes (frankly, who doesn’t love that song?).

Have a watch for yourself.

Ryan sure had his share of fights in the early days of the OC series. But never did sh## go sideways as much as when he fought…his brother of all people.

After Trey attacked Marissa, Ryan naturally retaliated, leading to a brutal fight between the two brothers. Just as Trey was about to strike a potentially fatal blow to Ryan…Marissa picked up a gun and shot him.

The final scene from season 1 of Skins made use of Cat Stevens absolute classic, Wild World. It takes place mere moments after Tony has been hit by a bus. The whole cast join in through the scene to sing the song.

This scene is sad & sombre, yet somehow weirdly upbeat at the same time?

As the Sopranos cut to black – literally – Journey’s ‘Don’t Stop Believing’ played from the mini jukebox on Tony’s table.

It is a song that’s full of hope played in the final scene of a show that loved a gut-punch.

The fact that people are still talking about this scene 12 years later is a testament to the quality of the writing and directing choices.

Far out, The Simpsons was just so, so good once upon a time. After having her Saxophone destroyed in a tussle with Bart, Lisa learns the origins of her Saxophone and how it symbolises her Father’s true love for her.

When he once again shows that love by making another sacrifice to provide her with a new saxophone, the episode finishes with Baker Street playing. The Simpsons from the early 90’s had the heart of an Elephant.

“Have You Ever Seen The Rain?” – Cold Case

For a show that had an insanely good soundtrack, it was hard to pick just one song from Cold Case. But the ending from the first episode of season 1 is seriously hard to beat. Obviously wanting to kick the show off with a bang, the final scene, in which a man guilty of a murder is finally brought to justice, provides almost 3 minutes of pure Creedence Clearwater. Chills.

“Running Up That Hill” – The OC

I originally didn’t want to have more than 1 song from each show, but it’s hard to argue with the quality of The OC soundtrack. Still reeling from the death of Marissa, ‘Running Up That Hill’ plays at the beginning of Season 4. It truly is such an epic song.

The piano has become such a centrepiece of Lucifer in recent years, and this scene was such a fantastic way to kick off Season 4. Dealing with many personal demons (he is the Devil, after all), Lucifer shows his issues much more visually than ever before as he belts out a chilling rendition of Creep. Fun fact, that’s Tom Ellis’ actual voice. What a little devil.

Which song was your favourite? Let us know below!