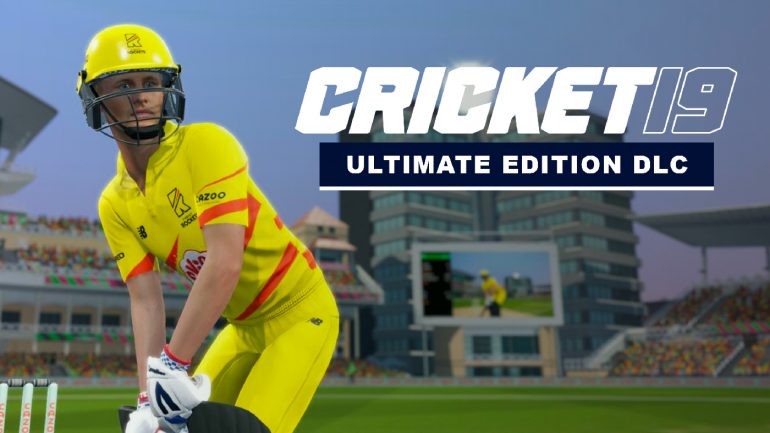 The Cricket 19: Ultimate Edition DLC will include:

This Cricket 19: Ultimate Edition DLC is the first major drop from Big Ant since AO Tennis 2 was released in January 2020.

Fans across the forums and social media have been calling out for a Cricket 21 (or 22) game for quite a while now. It would seem after this latest announcement, they are going to have to wait a little longer. Still, promises of gameplay improvements to Cricket 19 will help boost what was already a very enjoyable game.

Big Ant are responsible for some of Australia’s biggest sporting titles in recent years. Franchises such as AO Tennis, Rugby League Live and Ashes Cricket & Cricket 19, have all come from their Melbourne studios.

What are your thoughts on this news? Are you looking forward to playing the new Ultimate Edition DLC?