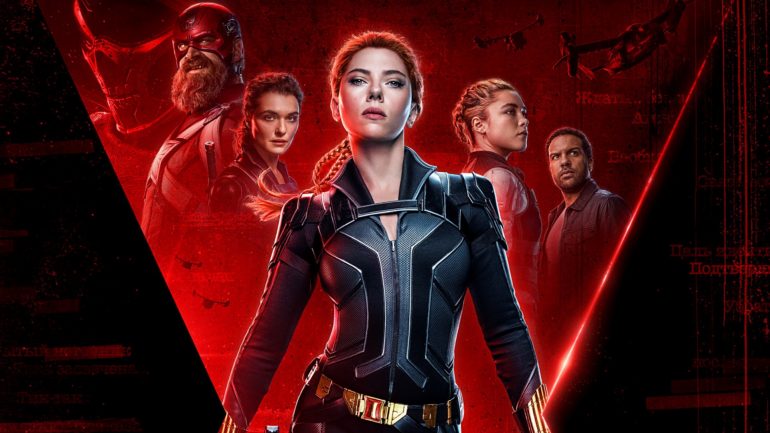 Finally…the MCU (in movie form), is back!

The realisation that it has been 2 years since the last MCU film literally had my jaw on the ground. Okay, not literally. But I was very shocked.

Spider-Man: Far From Home released in June 2019 and due to COVID-19 we’ve had a significant absence. It’s been a crazy two years, but seeing Black Widow, and the MCU, back on the big screen has been a genuinely terrific experience.

So that brings me to the movie, and I will warn you right now, very, VERY, big spoilers from this point onwards. 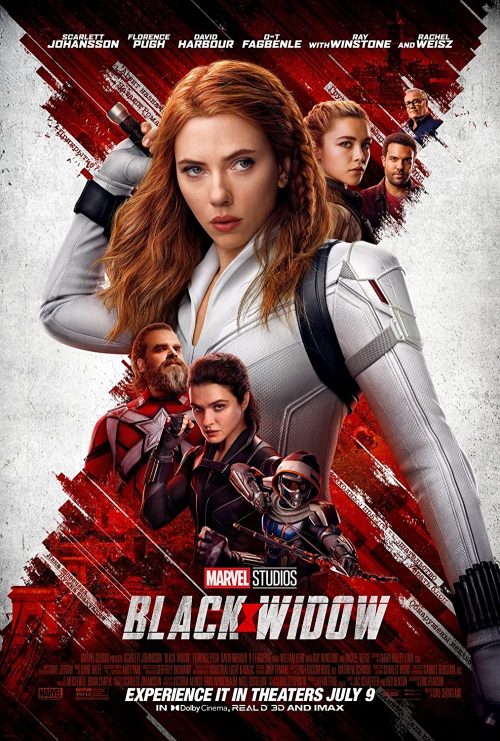 I found the film very fun. Black Widow never felt like it dragged and I really enjoyed it throughout its entire 2 hours and 14 minutes. I think just over 2 hour mark is an appropriate amount of time for a non-Avengers film.

Scarlett Johansson proved once again that she is just an absolute superstar. Whether it’s an action sequence or just her general presence, she owns the films she’s in. The fact Natasha Romanoff is dead makes me very sad.

Due to the nature of the film, the suspense throughout major scenes was somewhat diminished. This film takes place somewhere around 2016, and obviously we know that Natasha lives through until 2023. I didn’t find this to be too much of an issue. Afterall, I have watched Star Wars about 3000 times and I still love it.

The supporting cast really held up, as well. We’ll delve into this more later in the review, but suffice to say, this film wasn’t a one woman act.

I would be remiss not to mention Taskmaster.

Taskmaster is one of Marvel’s great supervillains. Able to fight exactly like her opponent, I felt the character was done a disservice throughout this film. Taskmaster is one of those antagonist that could carry the “bad guy person” tag on their own, but here they were simply used as a skilled soldier. It might not be the last we’ve seen of her, but isn’t she kind of a good person now? Let’s put an asterisk next to that side story.

From a picky point of view, it was another case of an MCU movie with a subpar villain. Dreykov was never really given enough screen time to shine, but in the few moments he was given, he didn’t really own it. At least for my liking. Again, it wasn’t enough to diminish the film, but I do think it’s something Marvel needs to consider moving into the future.

The only moment throughout the film that I didn’t like was a comment from Dreykov. He said something along the lines of, “Woman are the only natural resource there’s too much of”. Even for a supervillain, that’s one of the douchiest and most on the nose things I’ve ever heard.

The action sequences were strong without being mind blowing. I’d be lying if I said I didn’t find myself saying, “How’d they do that?”, a few times throughout the film.

At one point, Black Widow and Yelena attempt to break the Red Guardian out of a heavily guarded prison. For some reason, Yelena blowing up a tower resulted in the kind of Avalanche that killed off the dinosaurs. It was definitely a head scratcher, but it did look pretty cool.

The film’s finale brought a lot of punching, explosions and running away from fire. I’m okay with all of those things.

Towards the very end of the film, Black Widow makes a miraculous recovery from free falling about 6000 metres and somehow landed better than her sister, who was wearing a parachute. I had a good chuckle at that, but still, it didn’t destroy the mood for me.

I mentioned earlier that the supporting cast was great, and I will double down on that. Yelena (Florence Pugh), Red Guardian (David Harbour) and Melina (Rachel Weisz) were a wonderful addition to the film. I particularly enjoyed the sisterly relationship between Natasha and Yelena, whose banter throughout the film had me giggling quite a few times.

I’m hoping that Yelena will become the next Black Widow and a mainstay of the MCU franchise. Hopefully she can carry Red Guardian and Melina along with her.

I wonder if Yelena will have a battle with Wanda for who has the best fake Soviet accent?

The Difference Between MCU Movies & TV

Something that stood out like a sore thumb was the difference in quality between the MCU movies & TV shows. I’m unsure if it’s intended or not, but the movies are simply a cut above. To be fair to the shows, even some of the earlier MCU films were a swing and miss, so perhaps they’ll just need some time to find their feet.

But my goodness – the movies are simply on a whole different level of entertainment.

I wasn’t sure what to expect from the post credit scene, but it pretty much unfolded the way I would’ve guessed it would. This mysterious Valentina lady (played by Julia Louis Dreyfus) has now shown up at two particularly pertinent moments. It was hard to tell after her introduction in Falcon & The Winter Soldier whether she was good or bad. But her willingness to hunt down Clint Barton has me thinking she’s the latter.

I can tell you one thing – between the new Widow, Yelena, and the US Agent, I’m pretty excited for a potential era of anti-heroes. 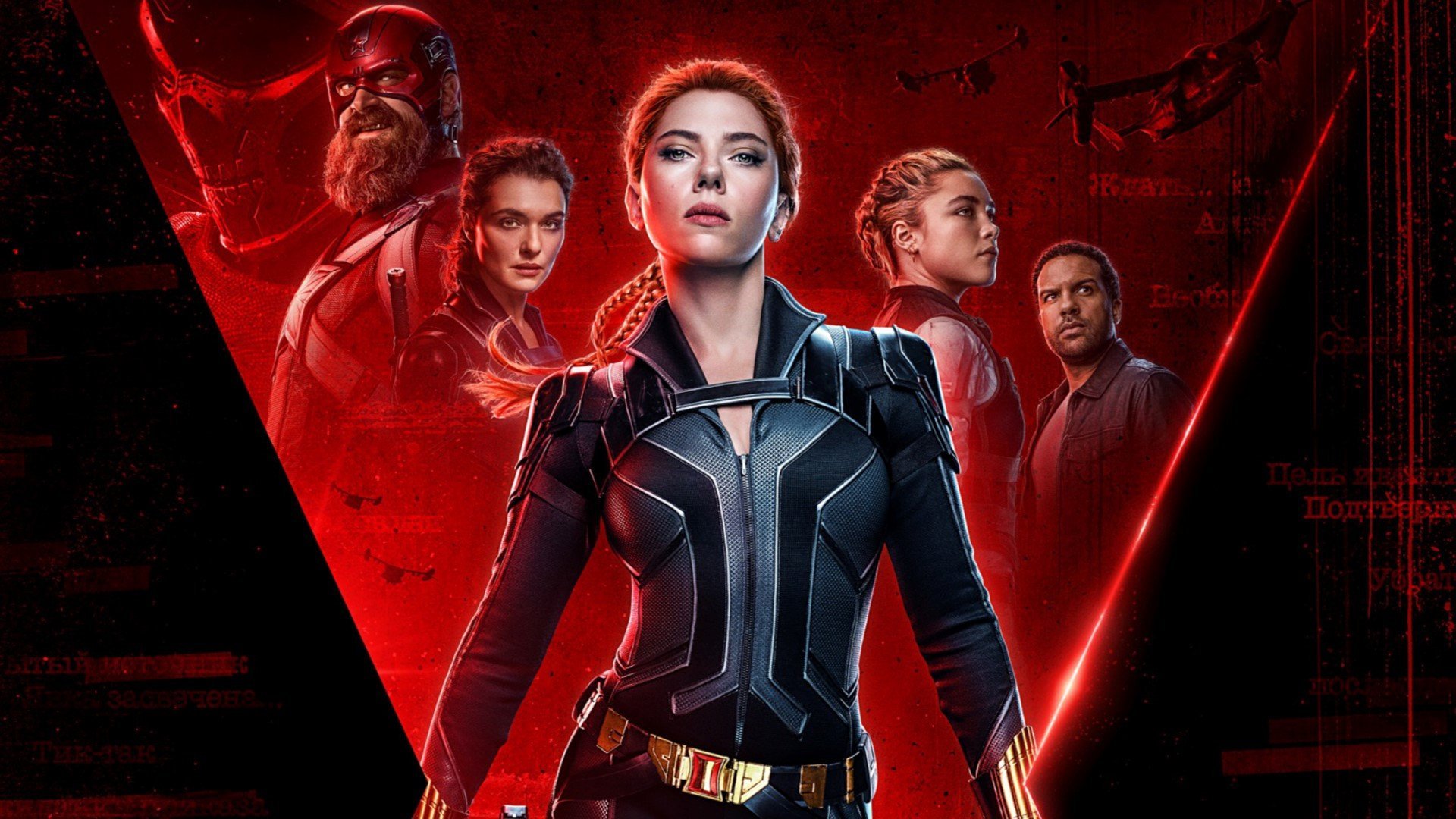