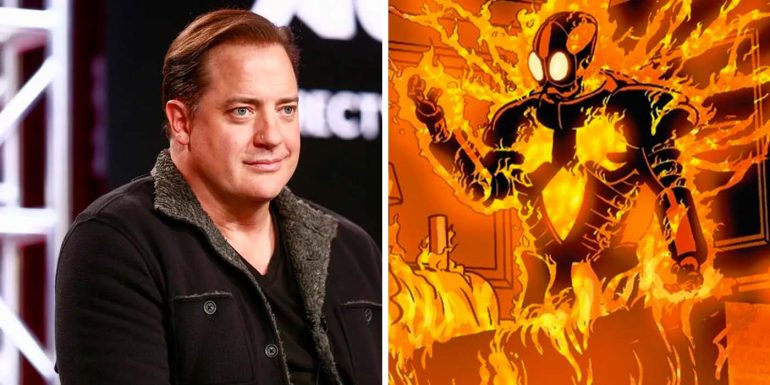 Brendan Fraser May Be Playing DC Villain In Batgirl Movie

It’s being reported that Brendan Fraser is a hot favourite to play the villain in the upcoming Batgirl film. If this is true, Fraser, known for The Mummy and more recently, Doom Patrol, will join Leslie Grace (Batgirl/Barbara Gordon) as the films central character.

The news is being reported by Deadline who are suggesting that Fraser will play the well-known DC villain, Firefly.

For the last 40 years, Firefly has been depicted as a criminal pyromaniac who wields a flamethrower. Additionally, he is equipped with a fireproof suit and a jetpack. Firefly is traditionally a major adversary of Batman, however, Batman’s rogues gallery tends to filter down to characters such as Batgirl, Nightwing, Red Hood & Robin.

Batgirl will star Leslie Grace as Batgirl/Barbara Gordon. Batgirl will debut on HBO Max. It will be the first of DC’s major motion pictures toprimarily release on the streaming service.