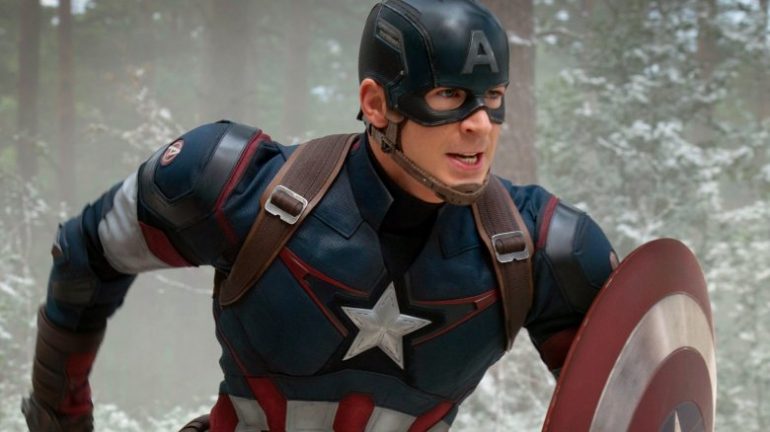 Steve Rogers, Captain America, Captain Rogers or simply, Cap. Whatever you’d like to call him, it’s hard to argue that Captain America is one of the MCU’s finest product. The debate between Captain America vs. Iron Man will rage on for years, but one thing is for sure, the MCU will not be the same without the 100 year old Super Soldier.

For over a decade it felt like the MCU was held up by a small band of top tier super humans and heroes. The presence of some of these characters was so indelible that their presence across comic books, animated shows, games and toys has been changed forever.

The MCU’s, Captain America, is certainly one of these characters.

We’ve taken a look at every appearance Captain America made during the MCU’s first 3 phase and will be counting down Captain America’s 5 Best MCU Appearances.

Captain America: First Avenger was Steve Rogers first appearance in the MCU. The film told the origin story of the famous soldier, placing him in a World War II setting.

Generally, the film is considered the weakest of the 3 stand alone Captain America movies. However, that in no way means it’s bad. The trilogy of films is arguably the best of the few characters to receive multiple films (Iron Man, Thor & Captain America).

Captain America: First Avenger gives audiences an immediate glimpse into the heart and soul of one of the MCU’s greatest characters. His willingness to sacrifice himself to save millions is another sign that he was the right man to receive that serum.

Avengers: Infinity War also gave us a couple of extra special Cap moments. These include his introduction to the film (standing behind a movie train), and his brief melee with Thanos, in which he was able to momentarily hold his hand back.

Avengers: Endgame is not considered the same sort of masterpiece as Infinity War, Civil War or The Winter Soldier. However, it includes some of the finest fan service moments in the history of cinema.

Steve Rogers presence in the film is what helps the team to get together one last time to try and bring everyone home.

Captain America proved, once and for all, that he is absolutely worthy when he lifted Mjolnir and battle Thanos. This moment was about as delicious as it comes for long time MCU (and comic book) fans.

Additionally, Cap was also responsible for leading the Avenger army in their battle against Thanos and his army. The war cry, “Avengers… Assemble”, will live on in infamy.

Civil War is the film in which everything began to go downhill for The Avengers. Of course, they would reconcile their differences in Avengers: Endgame, but only after half of all living creatures had been destroyed.

Civil War was the continuation of Steve’s problems with Government and trust. Seems hard to believe that the same young man who just wanted to serve his country and take down bullies, would rally so hard against said Government.

Captain America: Civil War is a terrific movie and the shows the complexities of the Iron Man/Captain America relationship on a large scale.

Civil War taught us the lengths that Steve would go to to protect his friends.

Captain America: The Winter Soldier, is regularly considered the MCU’s best product. It was the first of the MCU (and Captain America) films to be directed by the Russo Brothers.

The Winter Soldier proved to be a huge turning point for the Captain America character. Throughout the events of the film, Steve’s loyalty to his Country & Government was put to the ultimate test. After an attempted betrayal (and we can assume assassination attempt?), Steve is forced to bring S.H.I.E.L.D down from the inside. With the help of Black Widow & Falcon, he’s able to do so. But not before he is forced to question his own allegiances.

This film is where we discover the Bucky is still alive. This fact becomes incredibly important throughout the events of the Infinity Saga.