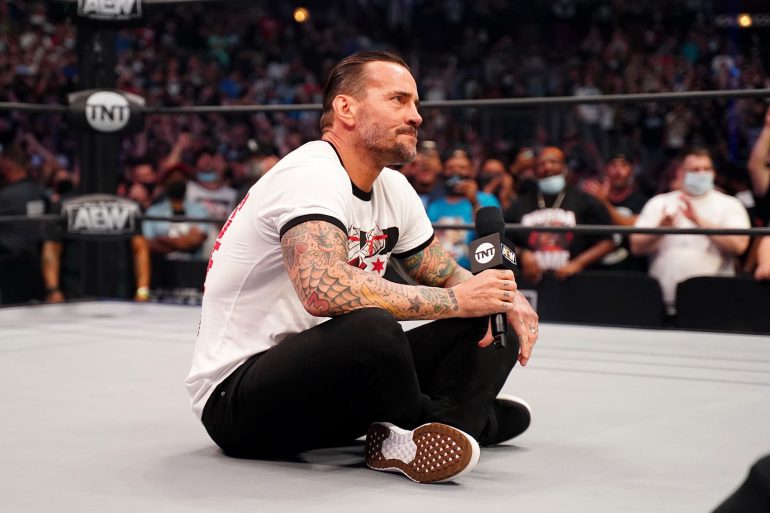 On Friday night, something incredible happened in Chicago.

After 7 long years, CM Punk finally made a remarkable return to professional wrestling. However, he wasn’t stepping back into a WWE ring. Punk was stepping into the AEW squared circle, confirming the biggest signing in AEW history.

Punks emergence in an All Elite ring metaphorically aligns with AEW’s emergence as a genuine threat to WWE. On Sunday, 5 out of the top 25 trending hashtags around the world had something to do with CM Punk. An incredible achievement for a professional wrestler. If Twitter had existed at the time, perhaps only The Rock or Stone Cold could have achieved something similar.

CM Punk arrived to a pop that may have been heard in the space shuttle (we’ll have to ask them for a comment). It was a spine-tingling, ‘what am I watching?’ moment, that makes you glad to be a wrestling fan. Have a watch below.

Immediately upon Punk’s arrival, brains starting ticking with thoughts of AEW dream matches. Punk vs Omega, Punk vs Darby Allin, Punk vs Moxley, Punk vs Jericho, Punk vs Black, Punk vs Page, Punk vs Rhodes. The list goes on and on.

Although the AEW roster was already impressive, Punk adds a level of superstardom that could help the likes of Omega, Moxley, Black and Allin rise to that next level that few wrestling stars reach.

What Could This Mean For AEW?

CM Punk’s arrival in AEW could be a catalyst for a stratospheric rise for the company. WWE has famously balked at the suggestion that AEW will be anything other than a footnote in WWE’s memoirs. AEW have always downplayed the notion that they’re directly competing with the monstrous wrestling promotion. But the companies rise to prominence, particularly with the enormous acquisition of Punk, is sure to give rise to a potential company feud.

On Sunday (US time), viewers tuned into WWE’s, Summerslam, which is (probably) WWE’s second biggest promotion of the year. What could WWE bring to quell the Tsunami of AEW hype?

Well, they gave fans a returning Brock Lesnar squaring off against Roman Reigns. This probably would have been a great moment, if it hadn’t been the 16th time it’s happened.

Without turning this into a WWE vs AEW article, it will be intriguing to watch what rabbits WWE can pull out of the proverbial hat to win back the wrestling communities attention. Right now, frankly, all eyes are on AEW.

Will you now be tuning into AEW on Wednesday and Friday nights?