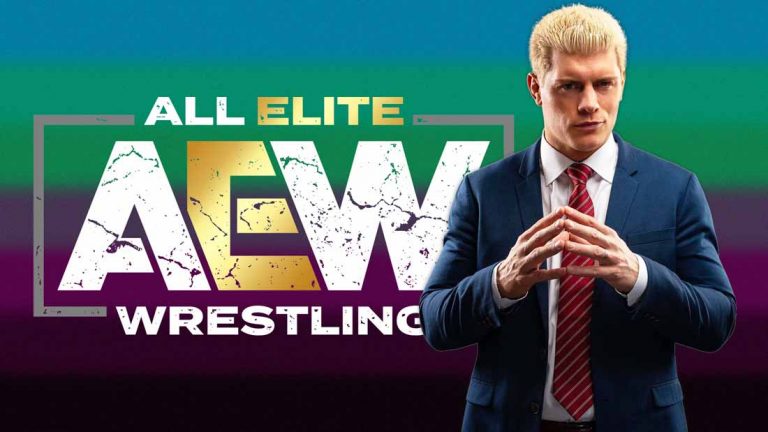 Since the COVID-19 pandemic hit the world, professional wrestling companies have been focused less on who can win the ratings battles, and more on who can outlast them. Naturally, WWE has a much stronger foothold, with decades long alliances built with their fan base, as well as 3 prime time TV shows each week. AEW only has the one show, Dynamite, but it may be this primary focus that’s helping to turn the screws on the pro wrestling scene.

This week’s Dynamite continued to build the show’s growing reputation. There was no better sign of how far the show has come than Jungle Boys Title match with Cody Rhodes for the TNT Championship. When AEW Dynamite first hit the air waves in October 2019, Jungle Boy was a solid mid-carder. He was fast, agile and had a boyish charm which helped win over fans. But he was never in a position to compete with the big stars of AEW. Facing Moxley, Jericho, MJF or Cody was just a no-go zone for Jungle Boy. His growth as a pro-wrestler and his growing skill set was shown off in full in this week’s Dynamite, as he pushed Cody Rhodes to his limit and came oh-so close to winning his first AEW singles title.

Cody was superb in the back and forth encounter which turned out to be one of the better singles matches that AEW has produced on TV. The two trades plenty of blows and were able to pull off a couple of pretty cool spots. In the end, Cody managed to get the pinfall victory after hitting one of his better Cross Rhodes; sold to perfection by Jungle Boy. It’s going to be great to see how AEW push Jungle Boy as he’s now clearly shown he belongs somewhere near the top of the deck.

A full recap of the AEW Dynamite results for June 3rd can be found on the All Elite Wrestling website.