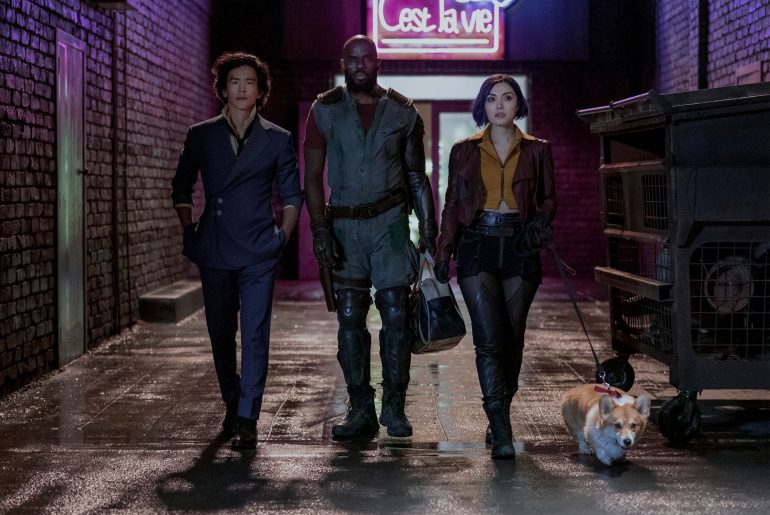 Cowboy Bebop is on it’s way to Netflix. And it’s getting here fast. Cowboy Bebop is a live-action remake of the popular anime. The anime was hugely popular when it debuted in 1998 (and still is today). The show has a 100% Rotten Tomatoes rating, and a 89% IMDb score.

There’s a small, but poignant history of great animes being made into disappointing live-action films. However, everyone in and around the anime community is hoping this will be one of the few exceptions.

Cowboy Bebop is an action-packed space Western. The show centres around three bounty hunters, all of whom are trying to outrun their past. Spike Spiegel (played by John Cho), Jet Black (played by Mustafa Shakir), and Faye Valentine (played by Daniella Pineda) form a scrappy, snarky crew. The trio are willing and ready to hunt down the solar system’s most dangerous criminals — as long as the price is right.

To kill sometime before the shows release you check out the opening credits, recently dropped on Netflix’s official YouTube channel.