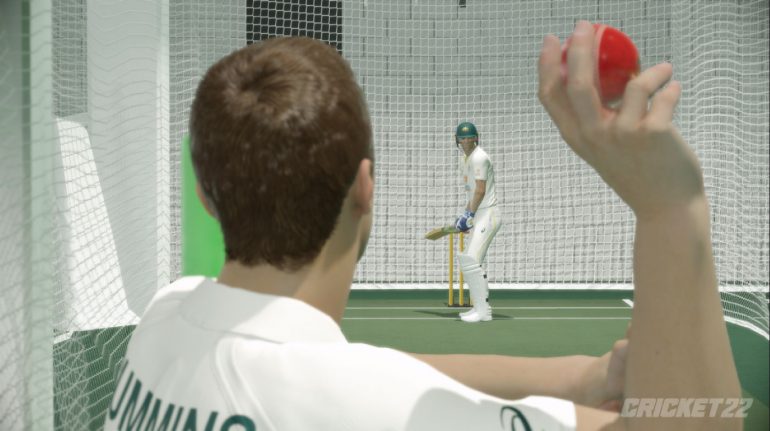 Cricket 22 was officially unveiled this morning, putting to bed months, and even years, of speculation as to when the next cricket game would be released.

The announcement provided us with a host of new features that we’ll be able to look forward to once Cricket 22 hits stands.

One of the best announcements was a new and improved Training Facility. With it, a “Nets Challenge”

Have a watch of the video below to get a better idea.

The major innovation here will be a scoring system, which will help you keep track of how well you’re tracking. Once your nets session is completed, you’ll be able to upload your score to a Global Leaderboard. This will be the best way, at least initially, to know where you stand against the rest of the world.

Importantly, the bowling controls have had a “big update”. So jumping into the nets before you load up a game in late November might not be the worst idea.

Cricket 22 will be the first cricket game released on next-gen console. It will be fantastic to see one of the best cricket franchises ever brought to life on high-performing, state-of-the-art consoles.

Where Can I Pre-Order?

You can pre-order Cricket 22 right now and secure the “Nets Challenge”.

As of, October 9th, 2021, there is no way to pre-order a digital game…yet. But Big Ant have just released this update for fans.

As the above tweet says, you can pre-order your copy of Cricket 22 from your preferred retailer. If you’re in Australia, these are available at:

Big Ant are set to upload a series of new videos over the coming days, so we will keep you updated here.

To keep up to date with all Cricket 22 related news, you can head here. We’ll be bringing you all the updates as they roll in from Big Ant.

All The Latest Cricket 22 News