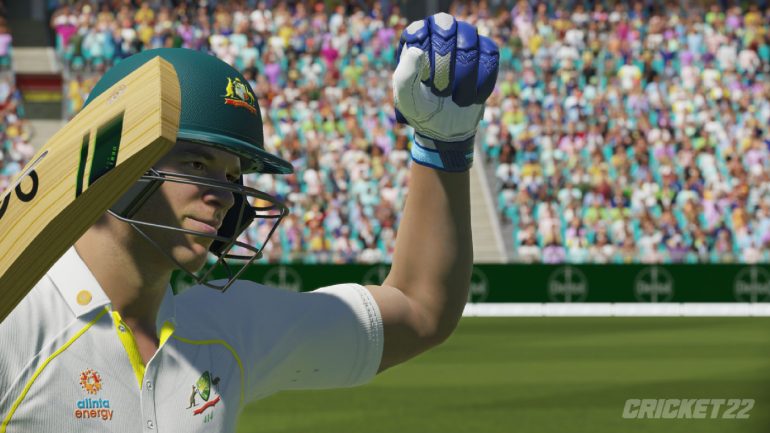 Big Ant have released a Cricket 22 console update for consoles. The update immediately fixes one glaring issue from the initial release, which was the inability to switch between England and Australia.

Now, you can freely switch teams. The following players are available:

The ability to switch between bowlers also provides the first intimate look at the bowling technique variations. Pat Cummins has a very distinctive action (although, his action more closely resembles Josh Hazlewood) which clearly differs from that of Jimmy Anderson, which is almost a perfect recreation.

The patch has still not addressed the speed gun issue. This issue results in every ball being around the 40kmph mark, which isn’t exactly Pat Cummins top speed.

Big Ant have pushed an Alert on the intro screen specifying that the current game is not indicative of the final product. In saying this, 90% of the gameplay feels very smooth thus far, so if a speed gun issue is our biggest concern, that’s no real biggie.

The update is roughly 2.8GB and is available to download now.