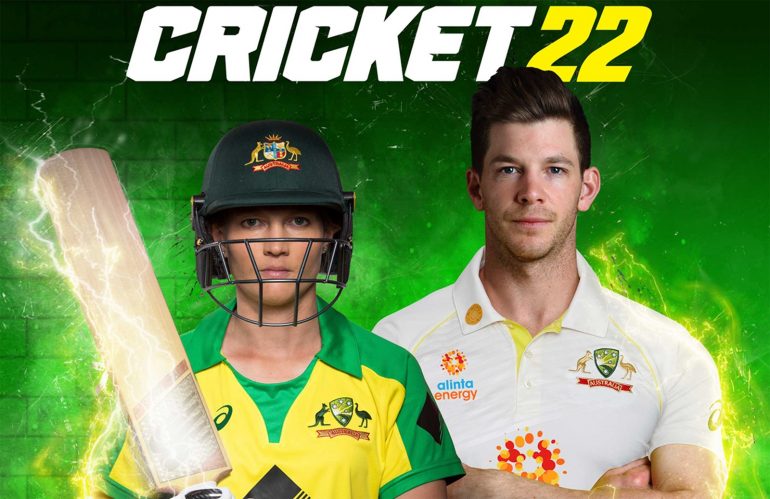 Big Ant Studios and Nacon released the “Nets Challenge” to the public on October 12th. This was, of course, for those who pre-ordered the game, either digitally or at a physical store. I’ve been predictably slow to pop my pre-order code into my PS5 and jump into a game. However, I’m glad to report that I’ve finally done so and I’m ready to give you my Cricket 22 “Nets Challenge” First Impression.

Fair warning, my version of the pre-order “Nets Challenge” ONLY let me play as English players, Joe Root, Jimmy Anderson and Moeen Ali. As an Aussie, I found this very irritating and obviously I allowed Joe Root to get bowled almost every ball (just kidding…I wasn’t doing it on purpose).

So you know what I’m working with here, I always play with the thumbstick controls (Pro). I rarely ever with the button controls (Standard). Additionally, the default difficulty was on ‘Medium’ and I just left it there to get a better feel for how the game performs.

What I Was Expecting

Any regular Popcorn Banter readers would know that we’re big fans of the Big Ant Cricket franchise. Starting with Don Bradman Cricket, we’ve found every game in the franchise to be fun and innovative. So, it is only natural that we were particularly jazzed to hear the news about Cricket 22 coming our way.

I follow several accounts related to Cricket 22 on Twitter, and have been keeping up with the updates on a daily basis. Seeing things such as “this is not indicative of the final product” meant that I was keeping my expectations very, very low. This shouldn’t be seen as a bad thing, of course. The game, afterall, isn’t scheduled to officially release until November 25, 2021. This is still a solid 6 weeks away, given Big Ant Studios plenty of time to iron out any remaining flaws.

However, I must say, I was expecting the game to have made a substantial jump from Cricket 19. I was somewhat perturbed to hear no mention of batting improvements in any of the announcement material. I found this particularly confusing, consider I know there’s plenty that could’ve been fixed from the Cricket 19 batting mechanics.

Nevertheless, the promise of an improved bowling mech was enough to get me excited heading into my first play through.

I popped my code into the console earlier this evening and low and behold, everything worked seamlessly. No annoying code issues on my end.

So I finally loaded up the Cricket 22 “Nets Challenge”. Here’s what I found.

I began with the bat in hand, and jumped straight into the “Nets Challenge”. It’s a fun little mini-game. The rules are pretty simple. You have 3 strikes. Your strikes are activated when you miss the ball. Although, oddly enough, they’re not activated when you accidentally leave the ball and it hits you.

To score points, you just have to hit the ball. Pretty simple, hey? To boost your scoring rate, you need to hit the target which will appear in random spots throughout the game. If you hit the target, your score multiplier will grow. The multiplier applies to every shot you hit, not just when you strike the target. The more “ideal” shots you hit, the more points you score. If you get 2/3 in the “ideal” zone, you’ll score 2 points (multiplied by whatever multiplier you have).

Once your three strikes are gone, your turn is over and your score gets posted onto the leaderboard.

The “Nets Challenge” mini-game is fun enough, without being anything revolutionary. It feels like Big Ant have thrown this out there early to give people a chance to talk about the game in the lead up to it’s launch and not so much as a fun activity for them to do. Fair enough, as well, because it’s got me talking about it.

Unfortunately, the bugs (for lack of a better word) in the game are still plentiful. I found the batting mechanics to be wildly inconsistent. I would attempt to strike the ball with offside footwork, through cover, only for the ball to fly off towards mid-on/mid-wicket. Not ideal.

Additionally, the most irritating controller layout from Ashes Cricket and Cricket 19 remains. The right thumbstick leave. I don’t know why they think this is the appropriate position for the leave control, but it just isn’t. If you’re reading, Big Ant, please consider shifting this elsewhere.

Everything else from the batting side of things looks and feels very same same. Although, it did feel as if the back foot options were slightly improved. However, I wasn’t able to figure out if this was just my mind playing tricks on me.

I was excited to try the bowling as that was the part of the game that’s made the most noise in their marketing materials. However, I was quickly left feeling very unsatisfied. Nothing about the two original bowling setups feels particularly different.

I mean, sure, they’ve updated the bowling interface. It’s now bigger and uses different shades of colours. However, the functionality is still very much the same.

The “Aftertouch” option shows up for both of the original bowling styles. However, after playing this for quite a while, I’m not 100% sure it does anything when using the Pro or Standard controls.

The bowling side of the fence is where I found the most bugs. Jimmy Anderson, regardless of which speed he’s bowling, is bound to hit a top speed of 25mph (roughly 40kmph). This is obviously a bug that doesn’t mean a great deal to the overall gameplay. However, speed gun issues have been around for each titles in this franchise. It’s really odd that this is still something that rears its ugly head.

I switched my bowling method to Left-Handed, Fast bowling. Here, I found the “Jump” and “Line” selections to be very twitchy and jumpy. Additionally, there seems to be something off with the bowlers run up. I’m sure these are all issues that will be ironed out before the game is officially launched, but it’s certainly worth pointing out.

The “Arcade” bowling approach is the area that’s made a huge impact. It’s also the only area of the bowling in which the “Aftertouch” seems to make any sort of difference.

I must say, the “Arcade” bowling controls really do help you immerse yourself in the game.

Essentially, the controls allow you to position the marker where you’d like to on the pitch. For reference, think Cricket 2005 or Cricket 07. After this, you can make your delivery selection. As the bowler is running in “Aftertouch” will allow you to make subtle adjustments to the length and line. As cool as I found this, I was also slightly perplexed why you couldn’t just select this line and length in the first place.

The main downfall here is the camera angle. When bowling anything from Medium to Fast, the pitch and marker are very difficult to see. You’re able to select up on the D-Pad which puts you in a better position, but the game makes you select this after every ball. Hopefully they enable this as a full-time bowling camera angle.

In general, the graphics seemed okay. They didn’t blow me off my couch, but I don’t have any major qualms, either.

There’s definitely a contrast issue with the bowling meters. I found these very hard to pick up on my TV. Switching to a deeper colour scheme would instantly fix this issue.

If I had to be critical, I would point to the play models as being a bit “skinny”. They look very lanky, and there doesn’t appear to be any great model variations between the 3 playable England cricketers.

There is a distinct lack of crispness to the edges of almost all models and objects. The visuals themselves look fine, but I did notice some slight blurriness. I do feel as though this is leaning into the “too harsh” category, so I’ll probably leave the graphics critique there for now.

I’ve now played about 3 hours of the “Nets Challenge” and free play. Overall, I am neither overwhelmed, nor underwhelmed. I am simply, whelmed.

The game just doesn’t feel any different to me…yet. I am still holding out hope that when the full game is released and we’re able to enjoy the entire experience, we’ll get a better idea of all the innovative features they’ve brought to the game. That’s what the optimist in me is choosing to believe.

The realist is telling me that Big Ant know that Cricket 19 was a successful game, and all they have to do is apply the minimum amount of upgrades required for a new title, and they’ll likely continue to have a bunch of success.

If Cricket 22 turns out to be exactly like Cricket 19 (in terms of gameplay), I won’t be angry or annoyed. But after three years, I am most certainly expecting improvements.

This really comes down to preference. As of right now, the only advantage to pre-ordering is ensuring the game is delivered either same day, or the day after Cricket 22’s release. The “Nets Challenge” is fine, but it’s certainly not worth racing out and pre-ordering a month before release.

If you’re someone (like me) who was always going to buy this game, then I would say there’s absolutely no harm in pre-ordering. If you’re a fence-sitter and you’re still enjoying Cricket 19, I’d probably just wait to see what the finished product dishing up. I’m still feeling good that it’s going to be a game worthy of its price tag, but what’s the harm in waiting?