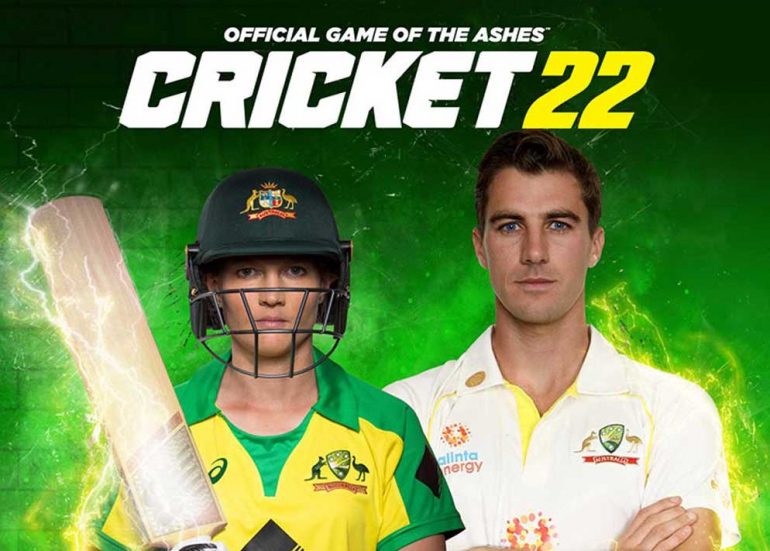 Big Ant Studios has just released a patch which addresses the front foot defence and running between the wickets bugs. These have made a huge difference to the gameplay. Great job by the Big Ant team for addressing and fixing these issues so quickly. This patch is currently live for PS5 and PC gamers. Xbox players may need to wait a touch longer.

I’ve been waiting so long for this game. To say I was excited when the delivery driver turned up with the game at my door would be an understatement. I know that Cricket games are hardly the world leading super games that we all wish they would be, but that doesn’t change the fact that they are routinely my most anticipated gaming titles. I guess we all have different interests, right?

Well I’ve now clocked in 5-6 hours of solid gameplay, trying everything from quick matches through to my burgeoning cricket career. I now feel like I’m in a good position to provide you with a detailed review of how I’ve found Cricket 22 thus far.

Before I begin, I would like to point out that Big Ant Studios have announced a patch for Cricket 22 which will go live at 2pm on Friday 3/12/21. It’s anticipated that this patch will touch up some of the issues I’m going to list down below.

I have tossed and turned about whether to write this review before or after the patch. Ultimately, I decided that a released game is the company saying to it’s fans, “Here, it’s finished!”. If they do so, without appropriately scouring the game for issues, we as paid fans deserve an opportunity to address those flaws.

Bugs are the worst, aren’t they? I wanted to get the issues I’m having out of the way first, because honestly I’d much rather spend this article discussing everything I like about the game. I’m not going to point out every 0.5% flaw in the game, I only want to talk about the things that actually affect the enjoyment of the game.

First and foremost, forward defence does not work.

There are some bugs I can live with and accept, and then there are those that you can’t. If the devs had have spent 10 minutes playing a game before they released the final version, they would have noticed that the defensive shots weren’t working. This is a major issue, as when progressing through difficulties, you need to use the defensive buttons in order to post high totals. This is akin to a FIFA game releasing without the ability to pass the ball – can you imagine the outrage?

I’m not someone that enjoys playing these games on easy mode, but I was forced to because of this alarming omission. It has since been announced that today’s patch will address this issue, but I’m sorry, that’s just not good enough for me.

Secondly, the fielding, and the fielders are just…stupid.

I’m specifically talking about the AI fielding, which routinely allows extra runs to be scored, or completely misses the ball. At one stage, I hit the ball to the fielder, who then dropped it. In the process of picking it up and throwing it, I was able to run 2 extra runs.

These don’t seem, at least to me, to be difficult things to fix. Increase the speed with which the fielders return the ball and the game would become more enjoyable, realistic and difficult.

Finally, there is a delay in the response of the batter to the running action.

When you hit the ball and want to take off for a single, it takes the batter a second to actually respond. I’m not sure if this was deliberately programmed in to add realism, but it sure is annoying. This is a small problem, but also an irritating one. The mechanism from Cricket 19 was perfectly fine, there was no need to change anything.

The feature which I’m enjoying the most is easily the Arcade control scheme. In previous games, we were able to use “Standard” or “Pro”. Standard was your classic control layout, while “Pro” enabled you to use your thumbsticks to control the footwork and direction. When the “Pro” control layout became available it was an enormous progression forward for cricket games. Being able to control your batter in it’s entirety is a highly immersive experience. To this day, “Pro” remains my batting control scheme of choice.

However, as far as bowling is concerned, “Pro” has been forced out of pole position by “Arcade”. “Arcade” is a delightful bowling layout which allows you to position your marker wherever you’d like on the pitch. You then make your delivery selection by using your buttons. While the bowler approaches their delivery stride you can use ‘Aftertouch’ to reposition the line and length of the ball.

This feature is always handy, but it comes into it’s own in the moments where you accidentally start your bowling approach before you’ve even positioned the marker. I’m pretty confident that “Arcade” will be most people’s preferred bowling method moving forward.

Career Mode has been given a big facelift in Cricket 22. Previously, Career Mode consisted purely of matches and progressing through your career by performing well in the various formats. You would increase your stats through your on-field performances.

However, Cricket 22 allows you to hit the gym and the training paddock to increase your stats, which enhances your chances of being selected for higher honours much earlier than expected. These are really nice additions as they’re not forced upon you and are only added in as an extra source of gameplay. I’m a fan.

The menus have been simplified, and it seems on face value that there’s less to do. But in reality, I think they’ve just put all the screens from the old games into less spots.

You can no longer choose which aspects of your game you can level up. This is done automatically through your performances on and off the field. Initially, I didn’t like this, but I must say, it’s grown on me. It places more pressure on you to focus on your performance in the area you need to improve.

Career Mode also promises to introduce media aspects into the gameplay, however, I have not yet progressed that far through my career.

Cricket 22 has introduced new fielding mechanics. These affect the catching as well as the throwing. The catching mechanics are greatly improved from Cricket 19.

The throwing basically adds a run out ‘mini game’ to the gameplay. This is fine, I guess it adds to the experience, but it doesn’t blow me away.

As a whole, I’ve been super disappointed with the fielding. I would’ve have preferred the team to spend less time on these new features and more time on improving the core mechanics which do dramatically change the gameplay.

At this point of the review, I’m not sure whether you’d think I like this game or I hate it. But let me set the record straight – I think Cricket 22 is brimming with potential. This is mostly thanks to the gameplay, which feels like the gameplay we know, but with some nice, smoother touches.

Batting, in particular, feels like it’s had a facelift. Aside from the ridiculous forward defence bug, the batting is smooth and it feels like they’ve rejigged some of the shots to make them play better. In particular, the pull and hook shots are in a really nice spot. I think they may be my new favourite shot to play.

I will go into more detail about the batting once I get a chance to play the game on the harder modes. But this won’t be until the patch which fixes the defensive issues.

In addition to the batting, the bowling is sitting in a nice spot right now. The new control scheme, which I highlighted earlier, breathes fresh air into the game. They’ve added a whole bunch of new bowling styles, some of which are based on real players, while others are more generic.

In particular, the actions of Jimmy Anderson & Mitchell Starc are right on target. As a leg spinner, there is also a Paul Adams-esque action, which will delight many.

I’ve mentioned the fielding already, so I won’t harp on that point. However, any improvements that can be made to this, should be made. It would boost the enjoyment factor immensely.

The new commentary team is a welcome addition to Cricket 22. To say the old commentary had become stale would perhaps be the biggest understatement of this review.

The team of Michael Atherton, Ian Healy, Mel Jones, Alison Mitchell and David Gower help it feel like a fresh game. That isn’t to say that the commentary is perfect, but it’s a stark improvement over previous instalments. Michael Atherton getting angry at me for over appealing is particularly enjoyable.

I don’t have a great deal to say about Cricket 22’s graphics. I think small improvements have been made to textures, lighting and player faces. However, the graphics lack a certain punch that I’d expect from a next-gen game.

The stadiums look great, although the crowd looks less than amazing. It’s fine if they needed to concentrate more on the gameplay than the crowd, but I’m still going to call a duck a duck.

I like everything about the graphics in and around the pitch. The textures look lifelike and, for me, adds to the immersion.

Player faces have taken a big step forward, at least for the Australian and English sides (Mens & Womens). Some of the faces are dead-on, while some of the other International squads (such as New Zealand) could use some work.

I once again am enjoying the simple GUI (Graphical User Interface). The menu is easy to understand and navigate. These are small things, but they really do make a difference.

Overall, my feeling about Cricket 22 is that it’s a game that is packed full of potential. but one that could have used with some more polish. I am a little annoyed at the general concept of developers and publishers releasing games that aren’t 100% ready, but a patch 24 hours after launch isn’t the end of the world.Once today’s big patch comes through, I’m sure I’ll be spending many, many hours playing Cricket 22.

Cricket 22’s gameplay is not revolutionary, or era-defining, but it is a solid improvement upon that of Cricket 19. The team clearly did a lot of work on making sure 1% details were improved, and for that I am grateful.

The new introductions to career mode adds some more layers to a format that I already loved. I will definitely be leveling up my player to the heights of Australian captain – of that you can be certain.

Cricket 22 is a next-gen cricket game that doesn’t have a great deal of next-gen features. However, the game loads quickly, and it plays well. Outside of some small ‘niceties’, that’s all we can really ask for. If you’re a cricket fan and an avid gamer, Cricket 22 is definitely one I would recommend. Jump in and enjoy the fun. 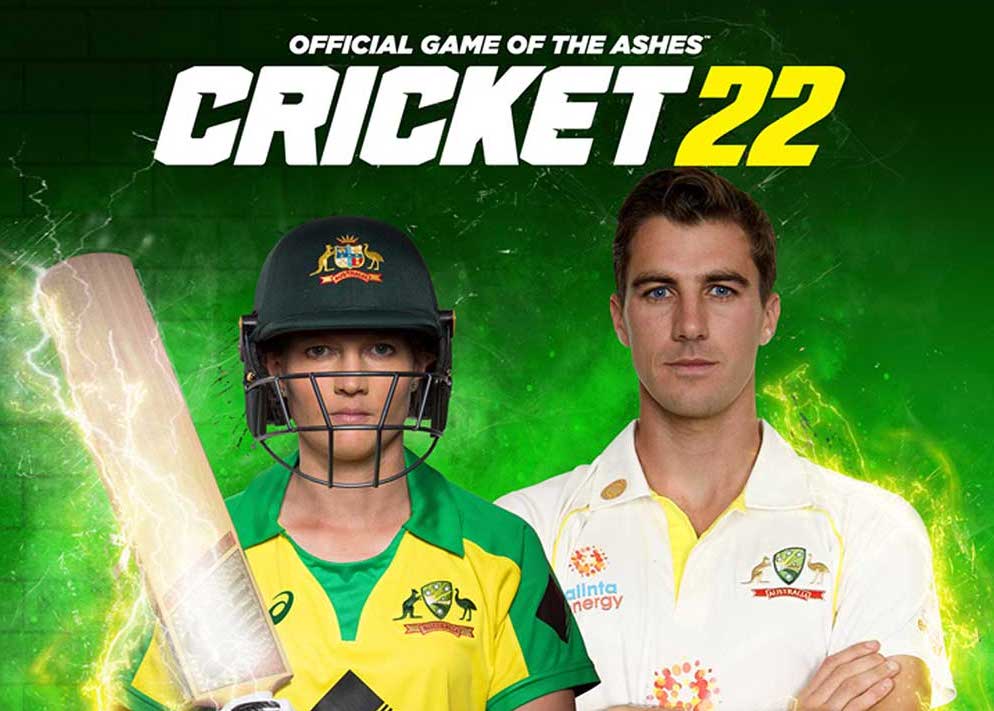 Cricket 22 Review – Unpolished, But Brimming With Potential
Final Thoughts
Cricket 22 is an unpolished game that is full of great potential. It is a clear improvement, gameplay wise, from it's predecessor. Cricket 22 scores a 75 from us now, but after a few patches, expect this score to raise to 80 or 85.
Pros
Smoother Batting & Bowling
New Bowling Controls
More Immersive Career Mode
Enhanced Player Designs
Refreshed Commentary Team
Cons
Glitches & Bugs
Fielding Needs a Lot of Work
Stock Standard Crowd + Atmosphere
75