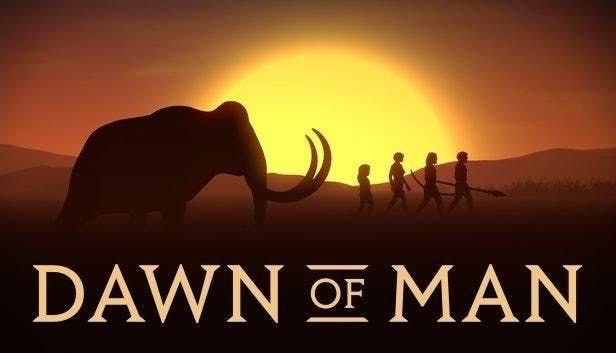 Dawn of Man Review: Where Did The Time Go? 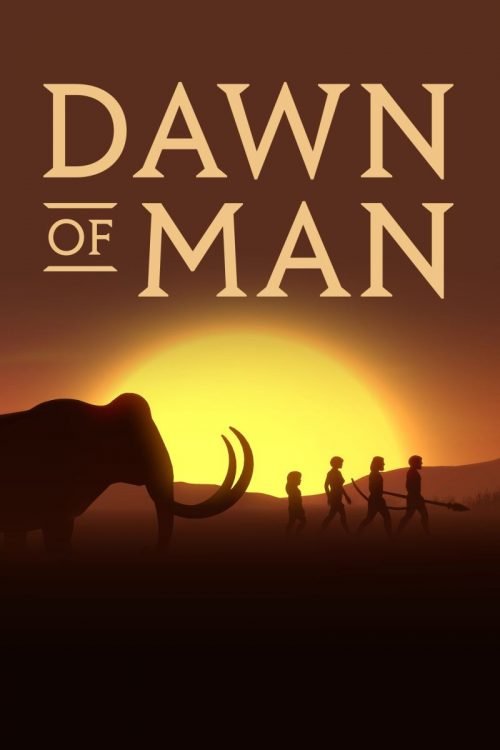 Dawn of Man is a game I’ve been lingering on for a while. We all have them. Those games that sit in your games library untouched for weeks, if not months. Well, this weekend I finally got around to digging my heels into this game. I must say, after 10+ hours of gameplay over two days – I wish I had have started sooner.

Dawn of Man was developed and published by Madruga Works (Planetbase). The game was released to a closed beta in 2018 before officially launching in March 2019. Dawn of Man is a strategy survival game. The aim is to build a flourishing and bustling civilisation that can march through the ages. Your tribe will begin as early humans, using sticks and stones not just to break bones, but to build a town. As you progress through the game, your technology becomes more civilised and abundant.

The survivalist genre is not for the faint of heart. It’s not fast paced or filled with action, but it provided copious amount of fulfilment as your watch your humans turn a patch of dirt into something wonderful. If you’re having trouble picturing what the game is like, I would suggest you think of Age of Empires. Dawn of Man carries a very similar feel, however, it doesn’t not go into the war/combat side as deeply as Age of Empires.

Speaking of Age of Empires, the best way I can provide credence to this games quality is by telling you that I began playing Dawn of Man the same weekend that Age of Empires IV was released. Out of the two games, I’ve played over 10 hours of Dawn of Man, and less than 5 of Age of Empires IV. Considering the former is one of my favourite franchises of all-time, that should tell you something.

Let’s dig a little further into the game and I’ll provide you with a full Dawn of Man Review.

There’s so much to unpack here that I’m worried I won’t be able to explain it all. For the sake of clarity, I am only going to run you through the main elements of the gameplay.

So you don’t get too overwhelmed with the gameplay, Dawn of Man STRONGLY suggests you take part in their tutorial. I’m always sceptical of doing this, because they generally take way too long. However, this time I did jump into the tutorials and I must say, they were quick and they were informative.

How Does The Town Grow?

Your civilisation will begin as just a few people in a very, very small town. You must hunt, harvest & build to grow and protect your people. Your townspeople will feature a mixture of men and women, young and old. As long as there is at least one man and one woman, you will grow your civilisation.

Over time, more people will join your town. If your townspeople are happy and your reputation is growing, you will encourage more and more people to join.

I found that my town grew too fast, and my mechanisms weren’t strong enough to handle such a quick influx of people. There was an early starvation crisis which led to the loss of 30% of my townsfolk. In the end this turned out to be a blessing in disguise (their digital, it’s not mean) because my town was now more sophisticated and was capable of handling more people.

How Do You Find Food & Build?

In the early stages, before you have any farming capabilities, you must rely on hunting, fishing, and foraging to feed your town. In the early ages you’ll find the hunting opportunities are abundant. However, it’s important not to overextend yourself chasing big game. Focus on the small and easier animals and your people won’t be killed in the process.

Fishing is simple enough, depending on your starting spot, there should be a lake nearby that’s swarming with fish. Foraging is equally simple, as there will be plenty of spots with berries and plants.

My early trepidations were based around the tediousness of selecting individual characters and asking them to do certain tasks. However, the game quickly points out that this is not at all necessary. Dawn of Man has a delightful system in which you select small or large areas for your people to hunt, fish, forage, farm or mine. The system will allow you to designated how many people should be taking on each task and will automatically assign them based on your needs.

I personally loved this system. However, if I had to point out one flaw, it would be that once you’re up and running with a good system, there’s a lot of staring at the screen and not doing anything.

Dawn of Man features full on seasonal changes. This means at the height of summer your people will be hot. In the depths of winter, they will be very cold.

It is super important to plan for this. Make sure your people have an adequate supply of warm clothes and food for the winter season. In summer, light clothes will be your friend.

How Do You Progress Through The Ages?

As you complete tasks you will receive “Knowledge” points. These will enable you to unlock new technologies which will help you progress through the ages. The technologies will revolve around farming, agriculture, defense, spirituality & building.

I personally focused on farming & agriculture, as I felt a sustainable ecosystem of food was a far superior strategy than the threat of extinction level hunting. Once my farming ecosystem was humming along I extended my focus towards defence. By building fortifications around your central township, you’re protecting your people and domesticated animals from raiders & wild animals. Unlike other survivalist games, these attacks are few and far between, but still often enough to require a strategy.

Your Knowledge points will continue to build as you discover new technology and reach new records. Eventually, you’ll find yourself at the Iron Age in which it becomes imperative that you fortify your town with strong arms and stone walls.

How Do You Keep Your People Happy?

As with all games of this nature, everything is always going well, until it isn’t. Keeping your people happy and motivated is very important to the success of your town. Luckily, there’s a few key ways to do this. Build your townspeople proper burial sites, spiritual monuments, megaliths and beer breweries. If you do this, you’ll give them a place to unwind and get their stressful lives off their chests. Next thing you know, your towns morale levels will increase.

Dawn of Man is not one of those games that lives and breathes by it’s graphics. As a matter of fact, I would go so far to say that it has little impact on the quality of these games at all.

In saying that I think you will be pleasantly surprised at the depth of the textures within this game. The game allows you to zoom right in on your town, or play from up high. I prefer the latter, but sometimes it’s nice to dive into the thick of things and watch.

The world is expansive and your able to send your townspeople on trips to far away locations in order to hunt, forage or mine.

Where Can I Play Dawn of Man?

I personally played on PlayStation 5 and found it to be a lot of fun and very easy to use. In saying that, I can imagine the PC version would be even better, with much more direct control over your town.

Whichever way you choose, I can guarantee you you’re in for a smooth ride.

Dawn of Man is a seriously impressive survival strategy game. I was expecting something fairly minimal with a bit of fun thrown in. However, what I found was an in depth game that really keeps you on your toes, ensuring you’re thinking ahead and never letting your guard down.

If you’re considering jumping into Dawn of Man, I would highly recommend it. But buyer beware, you may lose a good 10-20 hours without even realising it.

Dawn of Man Review: Where Did The Time Go?
Final Thoughts
Dawn of Man is a seriously impressive survival strategy game. It is an in depth game that keeps you on your toes, ensuring you're thinking ahead and never letting your guard down.
Pros
In-Depth Research Objectives
Expansive & Interactive Map
Hours of Gameplay
Cons
Progress Can Be Slow
No Ability To Conquer Other Towns
85