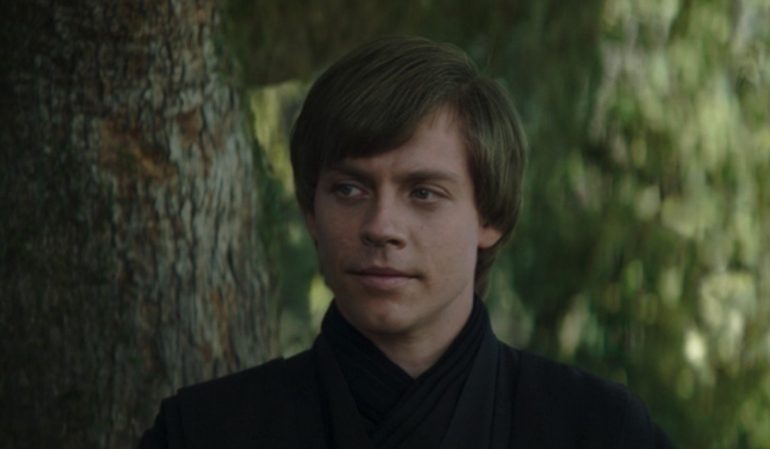 Did Luke Skywalker Learn Nothing From The Fall Of The Jedi?

**The following article contains spoilers for The Book of Boba Fett (up to and including episode 6). Read on at your own risk**

The last two episodes of The Book of Boba Fett have been truly fantastic. This, in no small part, is due to the presence of The Mandalorian. No disrespect to Boba, but I find The Mandalorian to be a much more imposing and interesting character. However, if Mando’s presence in Episode 5 came as a shock to you, you may have actually fallen off your chair when Luke Skywalker showed up in Episode 6, ‘From the Desert Comes a Stranger’.

Luke Skywalker remains one of the most beloved Star Wars characters in the entire lore. Luke was the original good guy. He helped to defeat the Empire once and for all in the original trilogy – which is still Star Wars most revered collection of films. To anyone unacquainted with Star Wars, it’s hard to describe the magnitude of this characters presence in a show made 45 years after Episode IV.

But despite how pleased I was to see Luke back in the fold, albeit digitally created with a CGI face, I couldn’t help being slightly bemused at his sentiments regarding Jedi law.

Anyone familiar with the Jedi order would know that Jedi are not allowed to hold attachments to people, places or things. This includes family and friends. The main reason for this is the following…

It’s one of those rules that works better in theory than in reality. That’s why I was so surprised to see Luke Skywalker, a man whose love for his Father helped him defeat the most powerful Sith in the universe, spouting these rules to his new (and first) student, Grogu.

Now, it’s possible that Luke felt Grogu needed to focus as much as possible while he’s still (kind of) a baby. It’s also possible that this was simply a lack of experience as a teacher. But of all people, I would have thought that Luke would be one who would wish the Jedi order to take on a new path. One that wasn’t bound by the same restrictions that led his Father to completely destroy the entire Jedi order.

As much as The Last Jedi is derided by many, one aspect of the film that I thoroughly enjoyed was Kylo Ren’s disgust at the antiquated sentimentalities of the Jedi and Sith. He insisted that their rules and methods should have been left in the past, which I don’t believe is 100% true, but I absolutely understand how he came to that conclusion.

A keen observer would point out that Kylo was once Luke’s student and his disregard for the ways of the Jedi would likely stem from his dismay at the ways he was brought up and taught. However, again, it begs the question – why is Luke such a stickler for ancient Jedi rules?

As I mentioned earlier, the Jedi were as much to blame for the fall of Anakin Skywalker as was Senator Palpatine. Anakin was a man in love. He felt forced to hide his feelings to protect himself and Padme. By doing this, he was pushing his feeling and emotions deeper and deeper, which would ultimately lead to the destruction he would cause as Lord Vader. If only Yoda, Obi-Wan and Mace Windu had lent Anakin an ear, they could have saved much heartache.

Fast forward a couple of decades and Luke found himself in a bit of a sticky position. While in battle with Darth Vader and the Emperor, Luke chose his love of his father and his friends, revoking the push from the Emperor for him to turn to the dark side. Luke’s passion, love and strength were the pillars from which the Republic were able to rebuild their world. Additionally, Darth Vader’s (now, Anakin Skywalker) love of his son helped him to overthrow the Emperor. Once more, they narrative proves that the Jedi could and should have their cake and eat it too.

Call me a stickler if you may, but it seems odd that a character like Luke, who was able to defeat the Empire with the help of his friends and family, would return to the antiquated and heedless rules of the former Jedi order.

Of course, I may be reading into it entirely too much. I suppose we will all find out when The Book of Boba Fett, Episode 7 drops this Wednesday on Disney+.