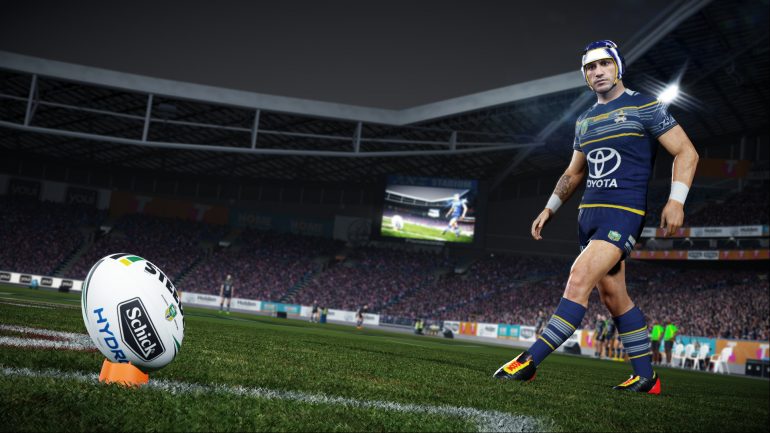 Do We Need An Unlicensed Rugby League Game?

So what exactly can we do?

Perhaps it’s time for the community to allow their voices to be heard, so that one of two things can happen.

Either Tru Blu (the publishing studio with licensing rights) can announce and release a new game, or a different studio and publisher can release an unlicensed game with a strong community hub.

I want to focus on the latter, as it’s become abundantly clear the former is unlikely to happen anytime soon.

But before we get there, let’s try and analyse how we got to where we are right now.

This madness began with the complete bungle that was Rugby League Live 4. I don’t care what happened after release, the fact is, the game was basically unplayable in the early stages. I have not personally played the game for years, but anecdotal evidence would suggest that not a lot has changed.

At the time, fans were up in arms about the games issues. How can you take a game like Rugby League Live 3, which is arguably the best game in the series, and get it so wrong with the follow up?

Well, as the years have progressed, we’ve learnt a little more about the issues within the development process (although, information is still scant). Reportedly, there was a frosty relationship between Tru Blu (publisher) and Big Ant Studios (developer). This has never been confirmed by any high level people, but reading between the lines of tweets, comments and videos, you can almost guarantee that not everything was peachy.

Then we have the fact that Big Ant, after helping to develop 4 Rugby League Live games, now have nothing to do with either Tru Blu or Rugby League games. It doesn’t take Sherlock Holmes to solve this mystery.

Since Rugby League Live 4 was released in 2017, Big Ant have gone on to develop and publish Ashes Cricket, Cricket 19 and AO Tennis 2. All of these games have been superb sport simulations, showing what Big Ant Studios are capable of without a publisher holding their hand. Meanwhile, Tru Blu have released AFL Evolution 2 which received a lukewarm 6.5/10 from Press Start Australia.

Where To From Here?

You can probably guess that we’re emotionally invested in the idea of a strong and replayable next-gen Rugby League game. However, our concerns about when we will receive one and if it will even be good, are extremely strong.

The initial concern, regarding the games inevitability, is less severe. I’m sure at some stage either Rugby League Live 5, or some other game, will be rolled out by Tru Blu. However, will it be any good? That’s a great question.

With the exception of Codemasters (Jonah Lomu Rugby), EA Sports (ARL 96, Rugby franchise) and Tru Blu/Big Ant Studios (Rugby League Live), no one has been able to make a decent Rugby League or Rugby game.

Rugby, in particular, has been plagued with horrendous games for the last decade. The last strong Rugby title was Rugby World Cup 2011, and that game was more or less a clone of Rugby 08.

Rugby League games have been a little more consistent. However, I still wouldn’t be telling people that the Rugby League Live franchise is one of sports gaming’s greatest achievements. The games are fun and playable, but have many distinct flaws.

This leaves me feeling somewhat apprehensive about the potential for a new, amazing Rugby League Live 5, especially since we know that Big Ant won’t be involved.

The Need For An Unlicensed Game

So, here’s the million dollar question – will someone just create an unlicensed Rugby League game?

I’ve been dwelling on this a lot over the last few days and I genuinely believe there is an enormous opportunity for an Indie or mainstream developer to swoop in and knock this out of the park.

After all, why do we need to have a licensed game?

Let’s assume an unlicensed Rugby League game happens – what exactly do we lose from not having official licensing? Well, we lose player names, competition names, official jerseys and team names.

But do we lose the sport of Rugby League? Nope.

Additionally, the world of unofficial community generated content is terrific. Take Cricket 19 for instance. Although there are few officially licensed cricketing nations, it took mere weeks for the community to fill in the gaps. Now you can download teams such as India, Pakistan & Sri Lanka, and play as Virat Kohli, Babar Azam and Kusal Perera. How good is that?

It seems that in modern day gaming people get wrapped up in the need for perfection. Gamers often forget that it wasn’t that long ago that many games were not fully or even slightly licensed. Games such as Rugby World Cup 2011 and Ricky Ponting Cricket 2005 were not fully licensed games. However, these games still delighted fans of the genre and are still played by enthusiasts.

The Rugby League gaming community has been very patient and thus far, our patience has not been rewarded. When pressed for answers, we’re given obligatory copy/paste replies from both the NRL and Tru Blu.

So, if there was ever a time for an underappreciated developer to step in and produce an unlicensed sports game, now is that time.