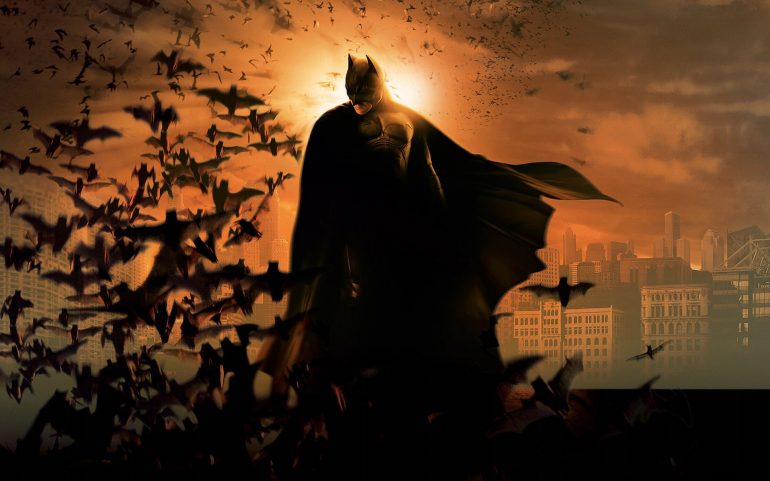 Every Live-Action Batman Movie Ranked From Worst to Best

Over the course of the last 55 years, Batman has become one of cinema’s greatest characters. When you think about it, it’s not difficult to understand why. The Batman character is depicted as a man with an unwavering sense of morality. Moreover, he appeals to audiences on an intrinsic level. He is what we aspire to be, regardless of the costume.

Batman’s enigmatic nature creates an abundance of interest from determined actors and directors. The ability to take on a character like Batman, could be the catalyst was a highly recognisable career.

In Batman’s history, there have been 10 live-action Batman films, Additionally, Robert Pattinson’s foray into the world of the caped crusader (scheduled to release in 2022), will be the the 11th.

Batman & Robin holds the title of the worst live-action Batman film. A fact which is rarely argued. When Joel Schumacher’s ‘Batman Forever’ hit cinemas, it was clear the Batman movie franchise was being taken in a new direction. Whether that direction was in the best interest of society is most assuredly up for debate.

Batman & Robin is a film you want to loathe. However, the combination of Batnipples, BatCredit Card’s & poorly delivered ice-related puns make it a slight guilty pleasure. Of course this by no means gives the film a passing grade, and it well and truly deserves its place at the bottom of this list.

Batman: The Movie, was a direct continuation of the extremely popular Batman TV show. Adam West and Burt Ward retained their roles as Batman & Robin respectively. The film hit cinemas only a couple of months after the last episode of the shows first season hit the airwaves. The film carried over the same light hearted qualities that made the TV show so successful.

From a quality point of view, it’s hard to place this film any higher. Of course, there is a sentimentality behind the show that’s hard to overlook, but the film simply hasn’t aged particularly well. Additionally, Adam West will always maintain a place in the hearts of Batman fans. His work as the charming Bruce Wayne, and heroic Batman, placed the character on the map.

Batman Forever was Joel Schumacher’s first step into the Batman franchise, taking over directorial duties from Tim Burton. As a kid, I can remember enjoying this film immensely. Likely due to Jim Carrey’s take on one of Batman’s greatest foes, The Riddler.

Val Kilmer’s work as Bruce Wayne was also far from the worst I’ve seen. I thought he brought a calm intelligence to the role which is often overlooked in the films critiques. As the film has aged, it’s clear that it’s not one of the greatest Batman adaptations. However, it still holds an element of fun which makes it very watchable to this day.

What could have been.

The Dark Knight Rises was the final film in Christopher Nolan’s Batman trilogy. It was a continuation of the storyline that was set in Batman Begins & The Dark Knight.

The trilogy, prior to this films release, was as close to 10/10 as you can get. However, The Dark Knight Rises ended the trilogy on an enjoyable, but ultimately disappointing note. It wasn’t that the film was horrendously bad. It was that the proceeding films had built such a status, that this felt like a massive step down. Without deep diving into a review of each film, it was the plot holes and ridiculous nature of certain scenes and sequences that really let The Dark Knight Rises down.

On a positive note, Michael Caine brought an emotional quality to the Alfred role that had nary been seen before. Additionally, the scene in which Bane breaks Batman’s back was beautifully directed & produced.

5. Batman vs. Superman: Dawn of Justice

Batman vs. Superman: Dawn of Justice was the second film by director Zack Snyder, and the second film to take place in the DCEU. It was more or less a direct sequel to Man of Steel, as major plot elements hinged on what occurred during the proceeding film.

The movie was released to a lukewarm reaction by fans and critics alike. The major point of contention was the barely thought through, and now infamous, “Martha” scene. This is something that is still heavily mocked.

After the theatrical release had petered out in cinemas, Warner Brothers would go on to release the “Ultimate Cut”. This actually fixed many of the films plot holes and continuity threads. Upon watching the “Ultimate Cut”, you begin to realise it’s actually a very enjoyable Batman (& Superman) film. However, the “Martha” plotline still stares you in the face.

Additionally, Ben Affleck’s portrayal of Bruce Wayne & Batman is a shining light. Putting to one side the DCEU’s problems, Affleck’s performance as the Caped Crusader is close to the best we’ve seen.

In 1989, Batman wasn’t thought of in the same way he is today. Unless you were a hard-core comics fan, your understanding of Batman would likely stem from the 1966 movie or TV Show starring Adam West. But along came Tim Burton who decide to put a new spin on the way Cinema would see The Dark Knight. Michael Keaton was cast as Bruce Wayne/Batman and Jack Nicholson would put in an unforgettable performance as the Clown Prince of Crime.

Batman was a darker, grittier version of Batman & Gotham than we had ever seen on the big screen. Keaton’s performance brought an elegance and seriousness to the character that, cinematically speaking, still resonates to this day.

But the film carries both the grit of its predecessor and some terrific character performances. Batman Returns also features Michelle Pfeiffer, who stars in her interpretation of Selina Kyle, a.k.a Catwoman.

The first film in Christopher Nolan’s brilliant Dark Knight trilogy. Batman begins told the origin story of Bruce Wayne’s, Batman. He begins his torment of Gotham’s criminals as his former mentor, Ra’s al Ghul, shows up to try and burn Gotham to the ground.

Christian Bale plays Bruce Wayne and puts together a terrific performance which we’ve listed as our #1 live-action Batman of all-time.

The Dark Knight is not just the best Batman movie of all-time, but it’s one of the best movies ever made. The genius of The Dark Knight is not just rooted in one spectacular performance, or a brilliant score, but is found in the fact that, from the top to bottom, the film is a masterpiece. Of course, we would be remiss not to point out the incredible performance of Heath Ledger’s, “Joker”, and Aaron Eckhart’s, “Harvey Dent/Two Face”. Ledger in particular put together one of the greatest cinematic performances of all-time and his Joker is often quoted as one of cinema’s greatest villains.

The Dark Knight made viewers question what are often considered unwavering rules of morality. The brilliance of Heath Ledger’s Joker is that he genuinely makes you sit on the edge of your seat. The film brilliantly depicts Batman as a man who is completely incorruptible and proves his belief that even in the face on surreal fear, the people of Gotham are still willing to believe in good.

Do you agree with our list? We’d love to hear your thoughts!