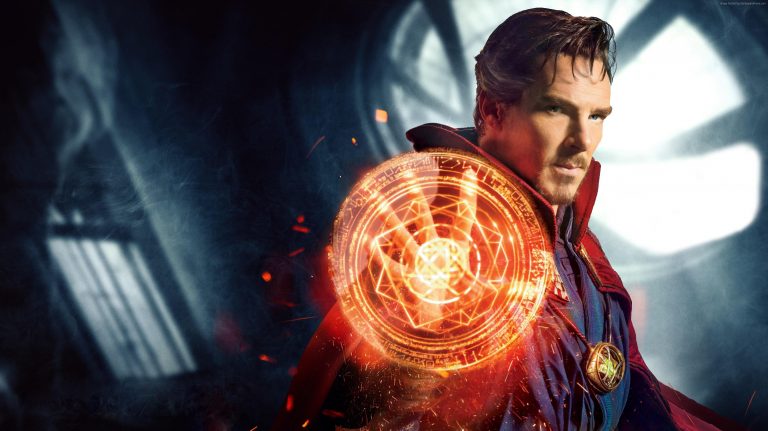 From our known heroes like Scarlett Johansson’s, Black Widow, through to new faces like Shang-chi & The Eternals, We’ve put together a list of all known dates for upcoming MCU movies & TV shows.

We’re all pretty pumped to see what transpires during the next phase of the MCU. Phase 4 will spawn a new era of the MCU. There were some notably deaths and meaningful goodbyes to our favourite heroes after the intense events of Avengers: Infinity War & Avengers: Endgame.

The MCU as we know it is about to change in a big way with the introduction of new, and in some cases, more powerful heroes (and anti-heroes) such as Shang-Chi, The Eternals, Venom & Morbius. The last two characters on that list are a result of the developing relationship between Sony & Marvel studios which will see the Sony’s Spider-verse become interweaved with the MCU. Most notably this will mean that Spider-Man can remain an Avenger and an active part of MCU plans, but it also means that Venom 2 & Morbius will become cannon.

What this means for the future remains to be seen, but many have speculated that this could spawn a Sinister 6 movie.

We’ve put together a definitive list of all the upcoming MCU movies & TV shows to help you get psyched their release.

**This has been updated as of December, 2020. Many movies & shows may be subject to further change due to the ongoing Coronavirus**

Let us know which movie you are most looking forward to watching.

WandaVision will be the first Marvel TV series to hit Disney+ in the early part of 2021 and the first movie or TV show from the MCU’s Phase 4. Considering Vision died during the final events of Infinity War, it’s going to be very interesting how this show gets put together.

Shang-Chi and the Legend of the Ten Rings

The Eternals are a race of super-powered, immortal beings who lived on Earth, shaping it’s civilisation and history. Not a lot has been said about this movie to date. All we know is that filming has concluded and the post-production process is in full effect. The film was originally intended to release in November 2020, but the impacts of Coronavirus have forced the movie backwards.

If there’s little known about Shang-Chi & the Legend of the Ten Rings, then there’s even less known about the Untitled Spider-Man Far From Home Sequel. What we do know is that Tom Holland will be back to reprise his role as Peter Park, with Zendaya & Jacob Batalon set to reprise their roles. This movie has already been moved twice on the calendar, so don’t be surprised if the December 17, 2021 date isn’t set in stone.

The Falcon & The Winter Soldier

The Falcon & The Winter Soldier is arguable the most anticipated of all the upcoming Marvel TV Series. The show is expected to pick up the pieces in the aftermath of Captain America’s exit from the contemporary world. When the dust had settled (pun intended) after Endgame, Cap anointed Sam as the new Captain America. We’re definitely excited to see how the former soldier fits into his new role.

Despite his valiant death at the beginning of Avengers: Infinity War, Loki seemingly earned a new lease on life when The Avengers attempt to steal the tesseract finished with it in Loki’s arms. The series will take place after these events, which means it will technically (based on the MCU’s explanation of time travel) take part in a separate universe.

What If…? will be an animated series based on the comic of the same name. What If…? will explore the what could have occurred if important moments through the MCU’s timeline had of occured differently. The show will feature many of the original MCU cast voicing the same roles that they played.

Prior to Thor: Ragnarok, you would have been forgiven for thinking that the Thor franchise had hit a brick wall. Thankfully, Taika Waititi’s inspired vision for the character allowed Thor: Ragnarok to flourish, and now the Thor franchise is back with another instalment. After departing Marvel due to working conflicts, Natalie Portman is back to reprise her role of Jane Foster. It’s reported that Christian Bale will join the cast to play the film’s main antagonist.

Thor: Love and Thunder was meant to release in November 2021, but found itself as another COVID casualty. The film will now be released in February 2022.

Doctor Strange in the Multiverse of Madness

The big start to 2022 continues with Doctor Strange in the Multiverse of Madness. The film is set to hit theatres in March 2022, continuing on from Thor: Love and Thunder, in February 2022.

Benedict Cumberbatch and Benedict Wong will reprise their roles as central characters, will Elizabeth Olsen coming in to co-star. The film has been touted as the first “scary” MCU film. However, this quote came from the projects former director, so it’s possible the film may not proceed in that direction. One thing you can bank on for certain is that Doctor Strange in the Multiverse of Madness will be unlike any MCU film before it.

Black Panther 2 was originally set for a May 6th, 2022 release; however, in August 2020 Chadwick Boseman tragically passed away after a long battle with cancer. Marvel has not yet confirmed on whether this film will continue with a new actor recast as T’Challa, or whether they will scrap the film all together. No matter what happens, Chadwick Boseman’s terrific legacy as Black Panther, an actor and a man is undeniable.

Ant Man has a tentative billing for 2022, and we’ve classified it as the last of the upcoming MCU films or shows with any sort of firm date. However, there are still many cards to shuffle in terms of the ‘TBC’ MCU lineup. I wouldn’t be shocked to see Ant Man pushed back to 2023 or possibly scrapped all together in favour of higher grossing titles.

All films and shows from Guardians of the Galaxy onwards are too far in the distance to have confirmed dates or even plot descriptions. Despite this, they’ve all been confirmed by Disney and Marvel and you can expect these films and shows in the next few years.

Guardians of the Galaxy Vol. 3

Guardians of the Galaxy Vol. 3 is assumed to pick up where Avengers: Endgame left off, with Starlord and his crew searching for their out-of-time teammate, Gamora.

Ms. Marvel will introduce the first Muslim character in the MCU to headline a TV Show or Movie. Ms. Marvel will tell the story of Kamala Khan, a 16-year old Pakistani-American girl who inherits incredible powers. In September, Iman Vellani, was announced to take on the role for the upcoming Disney+ show.