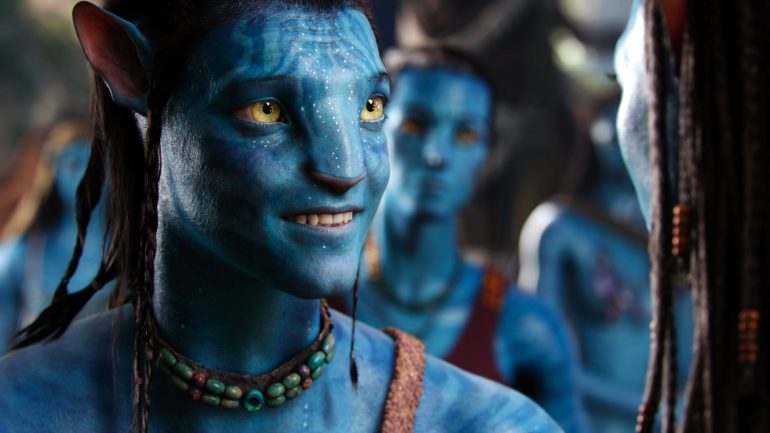 Every Years Highest Grossing Film Since 1980

Since the beginning of cinema, there have only ever been 2 things that movie studios care about: awards seasons, and box office takings.

In this article, we will go on a journey back to 1980 and tell you every years highest grossing film. These numbers are all gross earners and do not account for inflation in anyway.

Without further adieu, let’s get stuck into the list.

Star Wars: Episode V – Empire Strikes Back was the hotly anticipated follow up to the groundbreaking 1977 film, Star Wars (later renamed Star Wars: Episode IV – A New Hope). In 1980, fans flocked in droves to see the film which would often be referred to as the greatest ever Star Wars film.

Raiders of the Lost Ark debut in 1981 and continued George Lucas’ unreal run of classics. This time, with legendary director Steven Spielberg at the helm.

Raiders of the Lost Ark became an instant classic. Indiana Jones would become one of the most recognisable characters of the 20th century, and Harrison Ford cemented his spot as a huge Hollywood name.

Another Steven Spielberg classic. E.T. was certainly something out of this world. Literally.

The films debut was met with almost universal praise. To this day, it is still a highly celebrated film.

Return of the Jedi was the final tale in Luke Skywalker’s journey from a young, naive Tatooine local, to a Jedi Knight and saviour of the Galaxy.

It’s crazy to think that Star Wars has been a celebrated franchise and pop culture staple for 44+ years.

In 1984, Indiana Jones was back for another adventure.Indiana Jones and the Temple of Doom still made buckets of money at the box office, but it was unable to reach the same heights as it’s predecessor.

Back to the Future is THE most celebrated time travel movie of all-time. The fact that we’re already past the “way into the future” date that they punch into the Delorean makes me kind of sad. However, that doesn’t take away from what is an awesome film.

Now we’re entering the Danger Zone…Kenny Loggins style. Top Gun was the film (along with Risky Business) that put Tom Cruise on the map. He has since gone on to become one of the biggest stars Hollywood has ever produced.

Top Gun broke the string of Sci-Fi/Adventure films that were topping the rich list in the early 80’s.

Quite a busy year.

Tom Cruise once again makes it onto this list with the 1988 film, Rain Man. Of course, Tom wasn’t the shining light in this film. That honour belongs to Dustin Hoffman, who masterfully portrayed the tribulations of an autistic man, at the mercy of his selfish brother.

1989 – Indiana Jones and the Last Crusade

Indiana Jones and the Last Crusade was originally the final film in the Indiana Jones trilogy. Of course, as most things in Hollywood go, this was to come back almost 20 years later. Nevertheless, the lure of the final instalment drew $474.17m dollars through the box office in 1989.

Ghost is the movie known for the infamous pottery scene. One that’s spoofed anytime two or more people stand next to a potter’s lathe. Ghost outdrew a bunch of heavy hitting films from the 80’s. Landing a cool 150+ million ahead of several action packed blockbusters.

The original Terminator film wasn’t able to make the list, but big Arnie came back with a vengeance in 1991. Terminator 2: Judgement Day brought in a resounding $520m.

Aladdin is the first animated film to make this list. The wonderful Disney adaptation set the scene for what would be a terrific decade for Mickey and his friends (and also corporates).

Ah, Jurassic Park. What a film.

Jurassic Park is the earliest released film to ever hit that glorious $1bn mark. In saying that, Jurassic Park did rely on a nudge from the films 3D re-release, so that record isn’t completely organic. Nevertheless, the film still struck a chord with audiences and made a loud, ground-shaking roar when it hit theatres in 1993.

The Lion King is widely regarded as one of Disney’s greatest animated films. The film, centred on cub-turned-king, Simba, is an emotional rollercoaster, packed with action and fun songs.

The film was obviously well received when it first hit theatres, too. The Lion King grossed $968.61m in box office takings. Just under that $1bn mark.

The Lion King is also part of one of the best selling franchises of all time.

Bruce Willis, not content with taking down two lots of terrorists, made his return to the Die Hard franchise in 1995.

The film made a solid $366m at the box office, however, it isn’t regarded as highly as the first two movies.

What would happen if aliens invaded earth and blew up the White House? Well, Independence Day gave us a completely realistic, step-by-step guide when it came to theatres in 1996.

To be fair, if aliens did come to earth, Will Smith and Jeff Goldblum would definitely be the first people I call.

Titanic was the classic love story that captivated the hearts of the world. Titanic was a fictional retelling of a real event that transpired in 1912. Who would’ve thought a film about a boat sinking could earn so much universal praise.

Titanic roped in an enormous $2.187bn. At the time, Titanic was the highest grossing film of all-time.

Armageddon tells the timeless tale of what would happen if the Apocalypse struck and a handful of American dudes had to fly into space to save the human race.

The film hasn’t always been held in the highest regard, however, there are still a number of people who loved the 1998 Bruce Willis, Ben Affleck and Liv Tyler led blockbuster.

1999 saw the return of the Star Wars franchise. After a 16 year absence, fans finally got to see lightsabers and space battles back on the big screens. Unfortunately for fans, Phantom Menace didn’t live up to their lofty expectations. However, with the benefit of hindsight (and 5 more ‘Skywalker Saga’ films), the Phantom Menace isn’t all that bad.

The film still cracked the $1bn mark. Largely thanks to the expectation and time between drinks for the franchise.

Mission Impossible II continues the trend of sequel films making the list, ahead of their predecessors.

The Tom Cruise led action move grossed a cool half a billion at the worldwide box office.

2001 – Harry Potter and the Sorcerer’s Stone

2001 brought us the first film in one of cinemas grandest franchises. Harry Potter burst onto the scene with Harry Potter and the Sorcerer’s Stone (or Philosopher’s Stone). The film grossed just under $1bn, setting the scene for what would be a money making juggernaut.

The Lord of the Rings: The Two Towers is not considered as highly as the other two films, but that didn’t stop it from making big waves at the box office in 2002.

The Return of the King is the epic conclusion to The Lord of the Rings franchise. Fans got to experience back-to-back-to-back films between 2001 and 2003. That sort of thing would never happen these days.

Shrek was one of the most revolutionary animated films ever. It comes as no surprise that the sequel, Shrek 2, was a hotly anticipated film. But I seriously doubt the studio thought the film would gross just under $1bn.

Harry Potter returns to this list in 2005 with Harry Potterand the Goblet of Fire. This was the fourth film in the franchise, but only the second to make the highest grossing list.

One year later and another Pirates of the Caribbean film. There was an onslaught of quickly produced high-fantasy films in the early 2000’s. Within the space of two years, Pirates made disney just under $2bn.

That mantle belongs to The Dark Knight, brought to us by director Christopher Nolan. The Dark Knight is regarded as the greatest superhero film of all-time.

The film grossed over $1bn at the worldwide box office.

In 2009, Avatar became the second film on this list, and the second film ever, to break the $2bn mark. The film had a lengthy stay in theatres, but also became the highest grossing film of all-time, taking the mantle from Titanic.

Avatar would briefly lose its place at the top of the tree before regaining it thanks to a re-release.

Toy Story made an 11-year return to cinemas in 2010. Obviously, fans were eager to see what their favourite anthropomorphic toys were up to, as the film made a whopping $1.066bn.

The final instalment in the epic Harry Potter franchise came to us in 2011 with Harry Potter and the Deathly Hallows: Part 2.

Fans were desperate to see how things would turn out for Mr Potter and the good guys of Hogwarts. The film made $1.341bn at the box office. Collectively, the Harry Potter franchise churned out 8 films and made $7.7bn. That’s a lot of moola.

The Avengers made their first big team up in 2012’s, The Avengers. The film broke boundaries for what the superhero genre could be and made Disney a delicious $1.518bn.

The Avengers proved that superhero films were here to stay.

Frozen became only the fourth film to make the highest earners list since 1980. The film was an absolute smash hit amongst young children and their parents. $1.274bn for a kids movie? Not bad.

Just as Phantom Menace did in 1999, The Force Awakens brought Star Wars back to the big screens. The film brought back the cast/characters from the original trilogy and generally played it safe with the plot line. But that doesn’t change the fact it was a welcome addition to the 2015 lineup and made an insane $2.068bn.

Civil War was billed as a Captain America film, but could have easily been an Avengers movie.Captain America: Civil War, in our opinion, is the best film in the MCU franchise. The movie made $1.153bn worldwide.

Star Wars: Episode VIII – The Last Jedi was the follow up to 2015’s, The Force Awakens. The film was not particularly well received by Star Wars fans, but that didn’t stop it from bringing home $1.332bn.

Avengers: Infinity War was the first part of a 2-part conclusion to the epic Infinity Sagas. Infinity War cracked the $2bn mark, the first movie to do so in the MCU.

Avengers: Endgame was conclusion to the Infinity Saga. The culmination of 22 epic superhero films brought in an unparalleled amount of anticipation. The movie destroyed both domestic and worldwide box office records, becoming the highest grossing film of all-time.

Of course, an Avatar re-release would go on to eclipse this record.

2020 will go down in history as the year the world went into lockdown. Theatres all around the world struggled in the wake of the COVID-19 pandemic.

Hi, Mom, is the second Chinese film to make the highest grossing list. This makes it back-to-back hits for the Chinese film industry.

Hi, Mom currently has an asterisks as 2021 is not over. We will update this list at the end of 2021 if and when any changes occur.