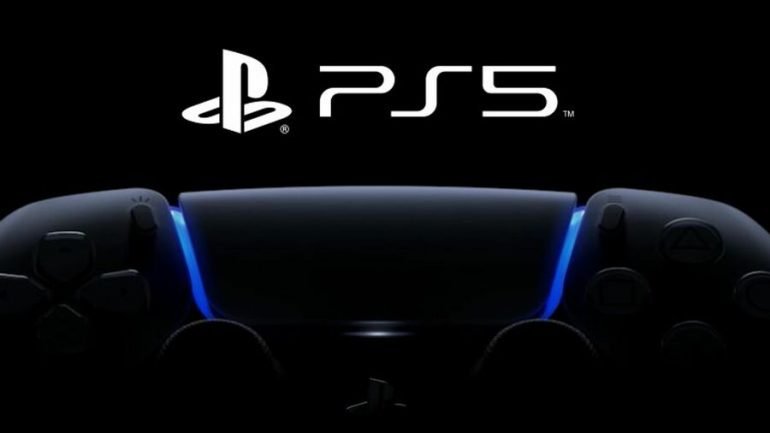 Everything Announced At PlayStation Showcase 2021

It’s almost been a year since the PS5 has been announced. In that time, PlayStation fans have been waiting patiently for the first big games. Well, it would appear that moment has finally arrived thanks to the 2021 PlayStation Showcase. This Showcase really did not disappoint in any shape or form. The lineup heading into 2022 and 2023 is, frankly, huge.

We’ll run you through every game that was announced, starting with the big players.

It’s hard to imagine a more anticipated sequel than that of Marvel’s Spider-Man 2. Marvel’s Spider-Man was a raging success. Both for the company and fans. The game was terrific, packed with fun and a strong and engaging storyline. Then we received Miles Morales, which I reviewed and noted that it was one of the most fun games I’ve ever played.

That leaves us in a highly anticipated position heading into the Marvel’s Spider-Man sequel.

From the looks of the trailer, it would appear that we’ll be playing as both Peter Parker’s, Spider-Man, and Miles Morales’, Spider-Man. That’s a combo I can get behind.

At the end of the trailer, Venom made a very welcome appearance. This is leading us all to think that he will be our big bad for Marvel’s Spider-Man 2.

Well, I just said they’re unlikely to be a more anticipated sequel than Marvel’s Spider-Man, but I may instantly be wrong.

God of War was an insane game that reached Game of the Year (GOTY) levels when it released in 2018. God of War released on the PS4 and was praised for its incredible graphics, immersive storyline and wonderful voice acting. To think we’re receiving the sequel on the highly capable next-gen consoles is truly awesome.

Check out the extended, and action packed, God of War: Ragnarok trailer above.

This is something that has been teased for years and years. Star Wars gaming fans have long considered Knights of the Old Republic to be the best Star Wars game of all-time. Whether or not you agree, It’s hard to argue the games immense quality. The original had a terrific storyline, and featured turn by turn gameplay.

It’s not yet known how closely they will stick to the source material with this remake. The word remake, as opposed to remaster, has me believing we will see some changing in gameplay mechanics. Either way, this is one that’s got me fist pumping.

The trailer is only brief and features no gameplay action, but still, you know you want to watch.

Sony gave us the quickest of glimpses of what could be one of the most exciting future projects yet, Marvel’s Wolverine. The game will be developed by the same people who brought us Marvel’s Spider-Man. Insomniac Games, also famous for Ratchet and Clank, are set to embark on the next solo superhero franchise.

I don’t know about you, but the thought of being Wolverine, running around the streets, getting into bar fights, unleashing those adamantium claws, is enough to get the nerd senses tingling.

Insomniac have already stated that their goal is to, “not only respect the DNA of what makes the character so popular, but also look for opportunities to make it feel fresh and truly reflect the Insomniac spirit.”

Project Eve was one of the longest trailers we received during the 2021 PlayStation Showcase. The trailer featured some hack-and-slash gameplay mechanics, with some truly breathtaking cinematics to boot.

Project Eve is being brought to us by South Korean studio, ShiftUp. The gameplay, and possible storylines, still appear to be somewhat of a mystery.

ShiftUp had this to say about the upcoming title,

“Project Eve is an action-adventure game that takes place in the not-too-distant future on the ruined Earth against unknown enemies.

Accompany the powerful heroine Eve, join forces with comrades along the way, and take up the challenge against the tough adventure.”

Forspoken will arrive on PS5 in the US spring of 2022 (Autumn in Australia). Forspoken is an action RPG brought to us by developers Luminous Productions and publishers Square Enix.

Uncharted 4: A Thief’s End and Lost Legacy Are Getting Remastered

Fans of Uncharted let out a collective roar of excitement this morning when it was announced that Uncharted 4: A Thief’s End & Lost Legacy will be remastered for PS5 and PC.

Uncharted games has long been one of the most popular gaming franchises ever, and has recently culminated in a hollywood movie production.

The gameplay graphics in the trailer look incredible. Of course, the games will be exactly as they were before, but the capabilities of the PS5 will add brand new life into them.

Uncharted: Legacy of Thieves Collection is due for release in early 2022.

Not every game highlighted during the PlayStation Showcase was for action and adventure fans. There was a little something for sports gamers, too. Gran Turismo 7 had a trailer reveal, highlighting incredibly impressive looking gameplay.

The trailer featured a mixture of cinematics and in-game gameplay. The car customisation, world building and racing mechanics all look terrific.

Gran Turismo is one of the most popular sports gaming franchises of all-time.

Alan Wake is an action/adventure game that was released in 2010. The game experienced a surge in both mainstream and cult popularity leading to it’s 2021 revival for PS4 & PS5.

The game features unique graphics and gameplay. It’s probably the most different of all games announced during this years PlayStation Showcase event.

The game is very much a fantasy-focused shooter, similar in style to that of Borderlands. However, unlike Borderlands, the game is set in a much more adventurous and whimsical world.

Grand Theft Auto 5 and Grand Theft Auto Online will be receiving PS5 upgrades. Although, to the disappointment of many fans, the upgrade has been delayed until March 2022.

On a personal level, I’m finding it a little difficult to get overly excited about an upgrade to a game I’ve been playing on 3 different consoles for almost a whole decade. Don’t get me wrong, GTA 5 is a terrific game, but the PS4 version played fantastic on my PS5 console. But, if this is something you’re excited for, I’m still very happy for you. I, however, won’t be spending money on something I’ve already bought…3 times.

Marvel’s Guardians of the Galaxy

Although not a reveal,Marvel’s Guardians of the Galaxy received a fresh new trailer.

At this point, I think fans are having a difficult time separating this game from the disappointment that was Marvel’s Avengers. However, we all still hold out hope that this game will be, hopefully, much different.

The trailer showed a small amount of gameplay, that feels very fast paced and intense.

“Tokyo is overrun by deadly supernatural forces, perpetrated by a dangerous occultist known as Hannya, causing Tokyo’s population to vanish in an instant. Ally with a powerful spectral entity on their quest for vengeance and master a powerful arsenal of abilities to unravel the dark truth behind the disappearance as you FACE THE UNKNOWN in Ghostwire: Tokyo.”

“Join the Bloodhunt and become the ultimate vampire! Bloodhunt is a free battle royale game set in the Vampire: The Masquerade universe. A treacherous betrayal has stirred a war amongst the vampires, who are also being targeted for annihilation by a secret society known as the Entity. Use your supernatural powers, weapons and wits in this thrilling battle royale game to dominate the night and restore the Masquerade.”

Bloodhunt will come to PS5 this year.