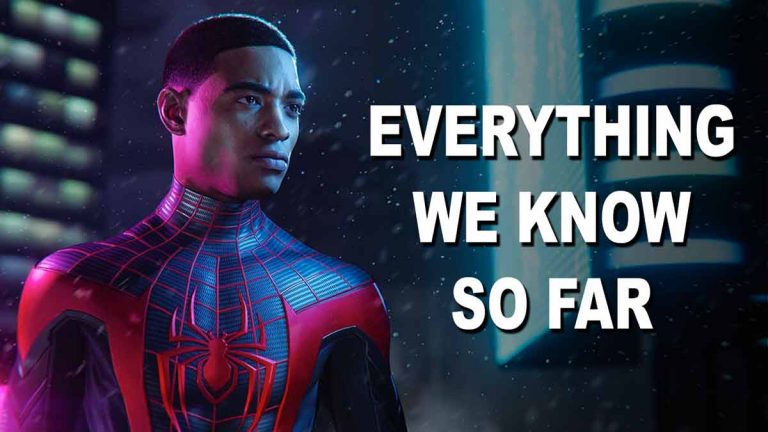 Everything We Know About Marvel’s Spider-Man: Miles Morales

Social media and the entire gaming industry was thrown into a frenzy during the PlayStation 5 “Future of Gaming” event when Miles Morales was revealed to be Spider-Man in their upcoming game. Hardcore fans may know Miles Morales from his presence in the comics, debuted in August 2011 in the Ultimate Fallout #4 comic. More casual fans are probably aware of the character through the 2018 film, ‘Spider-Man: Into The Spider-Verse’. Regardless of how you know him, he’s a character fans love and many are ecstatic to see that he’ll be appearing as Spider-Man in the upcoming game, ‘Marvel’s Spider-Man: Miles Morales’.

Who Is Miles Morales?

Although there have been many variations of Spider-Man throughout the comic book characters long history, few have been able to grab the mantle as well as Peter Parker. In fact, up until 2018, we had never seen a version other than Peter Parker outside of the comics. That’s where Miles Morales has been able to shake things up. Debuting (on film) as the main protagonist in 2018’s Spider-Man: Into The Spider-Verse, Miles has won as special place in the hearts of fans and the realms of comic book stardom. Miles is a young man of afro-latino heritage. His presence as the first Spider-Man of colour has been a shining light for many and a beacon that main stream comic book characters do not have to be caucasian to have success.

Is This A Full Game?

There was some confusion as to whether this would be a full standalone game, or available as an extensive add-on to the original Marvel’s Spider-Man game which released in September 2018. It was originally reported that this game would be an extension, and that was brought about by a supposed quote from a Sony spokesperson. That story has now been changed, with a few industry insiders coming out and exclaiming that this game will indeed be a standalone title.

NEWS: Spider-Man Miles Morales is *not* an expansion or enhancement or remaster, despite a Sony executive's comments this morning, a source tells Bloomberg News. Nor is it Spider-Man 2. It is a brand-new, standalone game similar in scope to Uncharted Lost Legacy.

The game will not be a sequel to the 2018 game, but will be a standalone title. This is welcome news to many PlayStation gamers as they felt Peter Parker’s story from Marvel’s Spider-Man was still incomplete. It is unclear just how large the game will be, so that’s something we’ll all have to wait a little longer to find out.

What Will The Game Be About?

Unfortunately, we just don’t know yet. All we know is that the story will feature Miles Morales and based on the trailer they’ve released, it will look phenomenal. As soon as more information is released about the upcoming game, we will update this article accordingly.