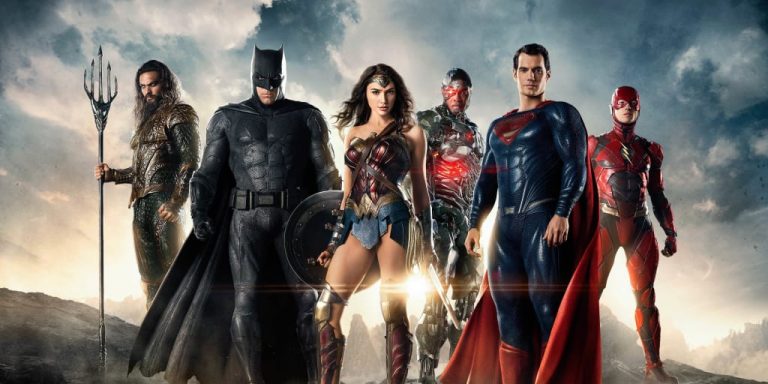 Everything We Know About The Justice League Snyder Cut

Last week, Zack Snyder’s Justice League cut was officially green lit. Post production on the movie will resume as if it were 2016 and by 2021 we will be able to watch it on HBO Max. The exciting, and frankly historic announcement has left a huge chunk of unanswered questions, theories and debate. There’s so much information on various websites, forums, Instagram posts and Twitter feeds, that we’ve decided to do our best to store it all in one convenient article for you to peruse.

When And Where Will It Be Released?

The Justice League Snyder Cut will be released in 2021. It has not been made public specifically when in 2021 the movie will be released. It’s believed that there’s still significant post-production left to be done, which is a very time consuming process. Considering Warner Bros. are getting a second bite of the cherry here, we can safely assume there will be some strategic planning attached to their release date. Unlike cinema blockbusters, there’s no need for it to be released during the US Summer, but we’d at least expect it to drop during one of the school holiday periods.

The movie will be released on HBO Max. A new streaming service which is set to launch on May 27th, 2020 in the United States. HBO Max is not yet confirmed for Australian audiences and at the moment it looks like Foxtel is the likely home for HBO & Warner Bros. movies.

Will There Be Reshoots?

There have been grumblings since the news became public that Zack Snyder asked for reshoots with the original casts, to which HBO Max said, “no”. It’s unclear whether this will affect his original plot direction (one would have to think so), but they’ve made it clear that any addition content will purely be dialogue driven.

How Similar Will Zack Snyder’s Cut Be To The Whedon Cut?

This has been one of the biggest discussion points, and more or less the whole reason for the birth of the #releasethesnydercut movement. Warner Bros. originally made it seem that Jos Whedon’s role in the Justice League movie would be to come in and finish what Zack Snyder had finished. With the exception of some colour and lighting changes and the addition of a some more humour (read “goof”), everyone seemed to be under the impression that Justice League is how it always was. In the years since the films release, it has become more obvious that the movie is entirely different, both in tone and story. This was further illustrated when the films cinematographer, Fabian Wagner, announced that only 10% of Snyder’s original footage was used in post-production.

That’s an enormous chunk of a film to be cut out and dropped on the editing room floor. It’s been noted by a Zack Snyder representative that the Watchmen director has never seen the theatrical cut of Justice League. One would assume now that he’ll now have to force his way through the theatrical cut, as so many of us had too, if he’s to understand the precise objections to the superhero team up film.

What Does This Mean For The Future of The DCEU?

Well, this is the interesting question isn’t it? Exactly how long Warner Bros. has been planning this announcement is both known and unknown. On the one hand, we have the “official” story, that they’ve been in talks for about 6 months. In reality, however, a company will rarely give the company the full facts and it may well have been the movement second revival at the beginning of the year that really kick started things.

If the former is correct, then you must believe that Warner Bros. already has the next few years of DCEU plans ready to go and roll out. They’ve given their official statement (as of now) that the Snyder cut is just for the fans and will have no further bearing on the canon of the DCEU. The problem with that is that the DCEU kind of sucks right now.

With the exception of Wonder Woman and Aquaman, the movies have not told a strong overarching story, and it’s widely considered that Warner Bros. don’t really know what they’re doing. If Zack Snyder releases his dreamed version of Justice League (as it should have been) and it turns out to be a cinematic masterpiece, reconciling many of the sagas plot holes and dysfunctions, I can’t see how Warner Bros. can deny their fans the canon’s continuation.

Putting aside the potential quality of the movie and its implications for the DCEU, if Zack Snyder’s Justice League turns out fantastic, Warner Bros. can’t afford to waste the Snyder movement’s potential for churning out billion dollar movies.

Many have posited that there’s the potential to use The Flash to create a secondary timeline. One in which the DCEU runs as it’s been planned since Justice League flopped, and a second which runs the way Zack Snyder always envisioned it. Of course, this could be a logistical nightmare and may confuse fans even more, but really, who knows what Warner Bros. are going to do at this point.

Who Is Playing Darkseid?

Recently, Ray Porter announced on Twitter that he in fact played Darkseid during the filming of Zack Snyder’s Justice League.

That said, and because I’ve been given permission…
Hi, I’m Ray. I played Darkseid in Zack Snyder’s “Justice League”.
There. It’s out now.

Zack Snyder has mentioned previously that Darkseid was to be a major player in his version of Justice League, so it will be good to finally see how the DC’s big bad turns out on the big screen. It’s also a wonderful victory for Ray Porter, who now gets to see his portrayal come to life.

For those who don’t know the character, Darkseid is one of the strongest villains in DC comics. His strength often surpasses that of Superman. He also has the Omega beams which shoot out fatal lasers from his eyes. Justice League’s main villain, Steppenwolf, is Darkseid’s Uncle, but actually sits below him on the powerful villain totem pole.

We don’t know precise details about the film at this time. We do know that Zack Snyder has said in the past that his version of Justice League exceeds three hours. This would have been reduced anyway, even if he had have been responsible for the theatrical cut. But since this film is coming to streaming, you can expect it to be fulfilled in full.

This is welcome news for many fans, as his directors cut of Batman v Superman: Dawn of Justice was far superior to the theatrical cut, tying up many loose threads.