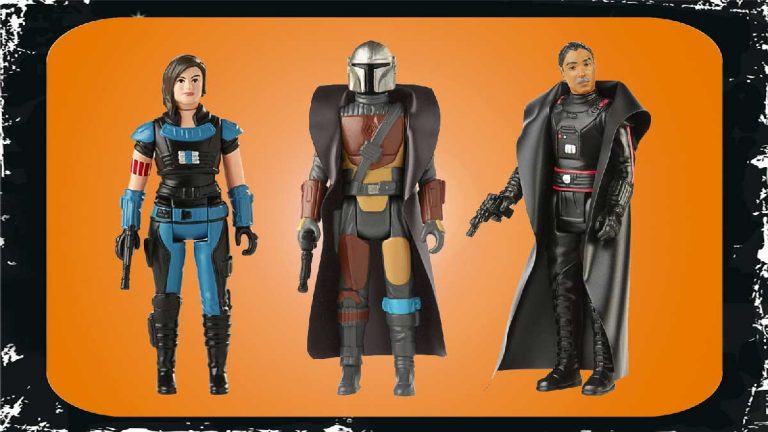 The Mandalorian season 2 is only 1 sleep away (at least for us Aussies), and to add to the excitement of the new Mando Mondays, Hasbro unveiled their new line of toys, including an awesome set of Retro Action Figures.

We’ve highlighted a few of the figures in the photos below.

These action figures look fantastic and have been designed like they’ve been plucked straight from the 70’s. Along with the 3.75-inch Retro Collection, Hasbro has also unveiled a line of 6-inch figurines.

The announcement of this massive Hasbro line is in stark contrast to the beginning of The Mandalorian season 1. Disney pushed the show out in time to launch their Disney+ streaming service, and didn’t account for the overwhelming demand for ‘Baby Yoda’ toys.

Season 2 of The Mandalorian is set to premiere on October 30, 2020, and is sure to introduce many new (and old) characters. It’s highly likely we’ll see some of these characters come through Hasbro’s production line. You can find a full collection of Hasbro’s Star Wars/Mandalorian toys and games on their website.