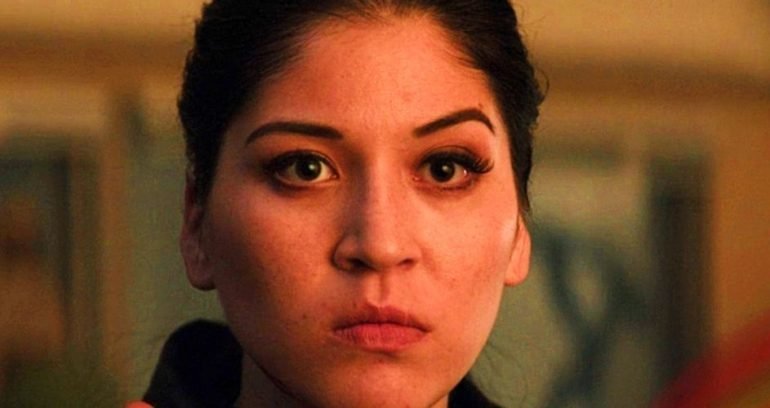 Episode 3 of Hawkeye began in a similar vein to Episode 1. We were guided through the experiences of a young girl as she came to terms with who she was. In Episode 1 that young girl was our protagonist, Kate. In Episode 3, it’s Maya Lopez (a.k.a Echo).

We’re given a glimpse of Maya’s troubles as a young deaf girl, who also has a prosthetic leg. Although, Maya quickly learns to turn her disabilities into strengths, becoming a renowned fighter. Maya is encouraged to harness her strengths and talents through her loving and caring father. You can already see where this storyline is going, as both our hero and our villain’s stories begin to line up.

A point of deviation, however, is when Maya views her father and his entire band of gang members being slaughtered by Ronin. Ronin is, of course, Hawkeyes post-snap alter ego. Ronin was known for brutally killing organised crime members during ‘the blip’. I’m happy that these crimes, although hardly unjust, will be brought into the light. Our heroes are not perfect, I definitely want to see more stories where that’s the case.

We don’t yet know if Maya (Echo) will be a classic villain type. For this episode, she certainly plays that part, albeit in a sympathetic manner. This leads me to believe that there could be a few twists and turns yet to come.

When we come back to the current day, we see both Hawkeye and Kate tied to the chair, about to be interrogated by Maya. The interrogation is hardly that of a seasoned villain. At one point, Maya unties Hawkeye simply because she thinks he’s deaf. A strange move considering she suspects either Kate or Clint to be Ronin.

Although his hands are re-tied, Clint inevitable wrangles free of his shackles and gets to work fighting the Tracksuit Mafia. Clint and Kate escape the compound relatively easily, before embarking on a high speed car pursuit.

This particular car chase was one of the most poorly produce MCU/Marvel action sequences I’ve seen. The CGI was horrible and has me wondering whether these shows are now being produced on much smaller budgets. But despite the CGI, it was still a fun scene and introduced a whole bunch of fun and fancy arrows to Hawkeye’s quiver.

We’re all familiar with Clint’s exploding arrows, but now he has a whole assortment of new toys. Towards the end of the chase, he used a “Pym” arrow, which turned Kate’s shot arrow into an enormous weapon. I’m not sure how the bridge they were on didn’t break from the impact, but it was pretty cool.

The episode ends with Kate and Clint in Kate’s family home. They’re attempting to break into security files from her mothers computer, hoping to find dirt on some of the Tracksuit Mafia scoundrels. After hearing a noise and investigating, Clint is shown to have a sword held at his neck, with Jack on the other end.