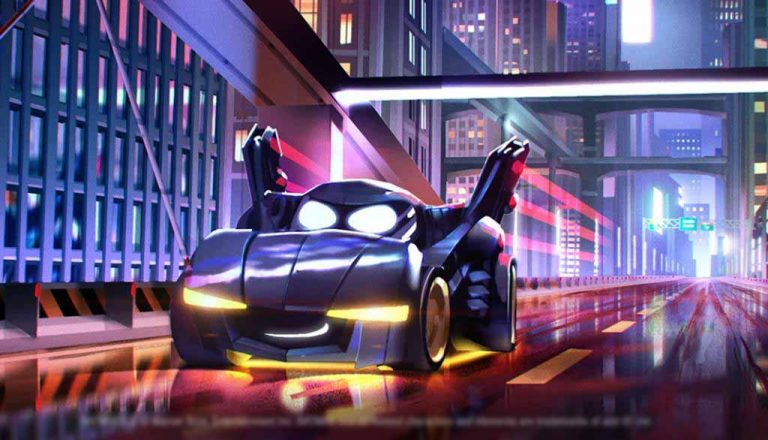 HBO Max have announced a brand new show that will follow the adventures of the Batmobile and the other Batman vehicles.

The new animated show will be aimed at children. It will be called ‘Batwheels’.

Batwheels will be aimed at children as young as preschool aged, and be created in a style which is reminiscent of the beloved 2006 kids movie, Cars.

The show will feature the Bam the Batmobile, Jett the Batwing, Buff the Bat Truck, Bibi the Batgirl Cycle and Red the Redbird. The vehicles will be shown as young sentient characters, roaming around the streets of Gotham.

Warner Bros. Animation and Cartoon Network Studios President, Sam Register, had this to say,
“From Batman: The Animated Series to Teen Titans Go!, superhero storytelling has definitely been one of our superpowers here at Warner Bros. Animation. We are so excited to bring that expertise over to the preschool space and take something that all kids love, cool vehicles, and give it a turbo boost with Batman.”

The team of crime fighting vehicles will find themselves newly created by the Batcomputer. While they drive or fly through gotham, they will learn about crime fighting, working as a team and navigate many of the growing pains of being ‘kids’.

Batwheels will air on Cartoon Network and HBO Max. Batwheels has only just begun productions. We will update this article and future articles when more is known about the shows air date.