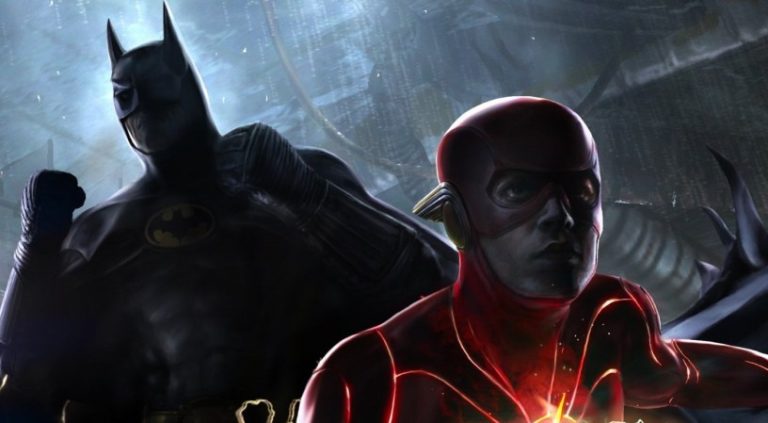 How The Flash Could Completely Fix The DCEU

DC FanDome gave fans an extended glimpse into the future of DC movies, gaming and entertainment. To say they were excited, would perhaps be an enormous understatement. Since the event, speculation and news about DC’s future projects has been rife, with Zack Snyder’s Justice League has garnering much of the attention. This is mostly due to the unprecedented circumstances surrounding its existence.

However, when focus isn’t turned to Snyder’s project, The Flash film is directly in the spotlight. Many, including several industry insiders, believe The Flash could by the film that fixes the DCEU & it’s looming continuity problems. If this is also Warner Bros. belief, then The Flash is THE most important film in the DCEU life cycle.

Why Does The DCEU Need Fixing?

Well, it won’t come as a shock to anyone to learn that, thus far, the DCEU has had a tumultuous life. The franchise started off safely enough with 2013’s, Man of Steel, followed by 2016’s, Batman v Superman. However, it quickly fell off a cliff thanks to the appalling theatrical release of Justice League in 2017. Originally, the film was to be directed in it’s entirely by Zack Snyder; however, serious personal matters forced him away from the project. Warner Brothers, anxious due to the negative public opinion of the current state of the DCEU, ordered Joss Whedon to take over the reigns of the project. The film was given an ‘Avengers-esque’ makeover and tonal shift. This ultimately resulted in a film which closer resembled Frankenstein’s Monster than a Hollywood Blockbuster.

The film was monumentally bagged by critics and fans and often quoted as one of the worst Superhero films ever. The issues seemingly ran deeper than just the production quality. Ben Affleck stepped down from his role as The Caped Crusader, while the future of Henry Cavill’s, Superman, and Ray Fisher’s, Cyborg, appeared bleak.

As a result of one bad film, the DCEU was plunged into total chaos.

Prior to 2020, it appeared as though the death of the DCEU was a foregone conclusion. Warner Brothers and DC appeared set on singular, non-continuous projects to rebuild the companies image. But then the rebirth of the Snyder Cut changed everything. It now seems the DCEU could, and should, live on.

How Can The Flash Fix It?

First we need to assume some concepts are correct. Firstly, although Ben Affleck WILL return as Batman in 2022’s, The Flash, he won’t be playing Batman ever again. Secondly, we need to believe that Warner Bros. & DC want to salvage the DCEU & not just destroy it in favour of shorter franchises.

So how can The Flash fix this?

Well, we already know that Michael Keaton will return as Batman from his 1989 film, Batman. This tells us that the DC multiverse is alive and well. If this is the case, it opens up a whole world of possibilities for what the DCEU could be after the events of The Flash have unfolded.

Here’s what we’d do.

To borrow a quote from Winston Churchill, “The longer you can look back, the farther you can look forward”. By this, I mean that DC needs to look no farther than the last 20 years of it’s storytelling to find the source material that could fix the entire DCEU.

Flashpoint, the 2011 comic book event, created an incredibly immersive story that was the result of The Flash time travelling to save his mother. By doing so, he created a ripple effect that led to the destruction of the world as he knew it. Now, this butterfly effect was the result of a time jump, and we don’t yet know if that will occur in The Flash. What we do know, is that he will head to an entirely different universe and at some stage come into contact with Michael Keaton’s, Batman. But by borrowing aspects of this storyline, The Flash could set events in motion that, upon his arrival back to his universe and his time, have changed HIS world as he knows it (i.e. a Batman that isn’t Batfleck).

If they don’t want to follow aspects of Flashpoint, then there’s a very simple alternative. DC recently wrapped up a wonderful streak of animated movies with 2020’s, Justice League Dark: Apokolips War.
**Spoiler Warning ahead for this movie. If you haven’t seen it and still wish to, please look away now**
The film ended with the Justice League in tatters and the world on the edge of destruction. But throughout all of that, a glimmer of hope shun through with The Flash’s ability to turn back the clock. Check out the video below to see what i mean.

The Flash’s incredible speed gives him the ability to manipulate the speed force in such a way that he can literally reset time. If Ezra Miller’s, Barry Allen, is capable of reaching these speeds when his movie is released in 2022, then this could be all the ammo that DC needs to reinvigorate their franchise and embark on a wonderful multi-year, multi-film DCEU run.

Heck, maybe Barry go back to before Justice League happened and write Joss Whedon out of the DCEU. Wouldn’t that be meta?