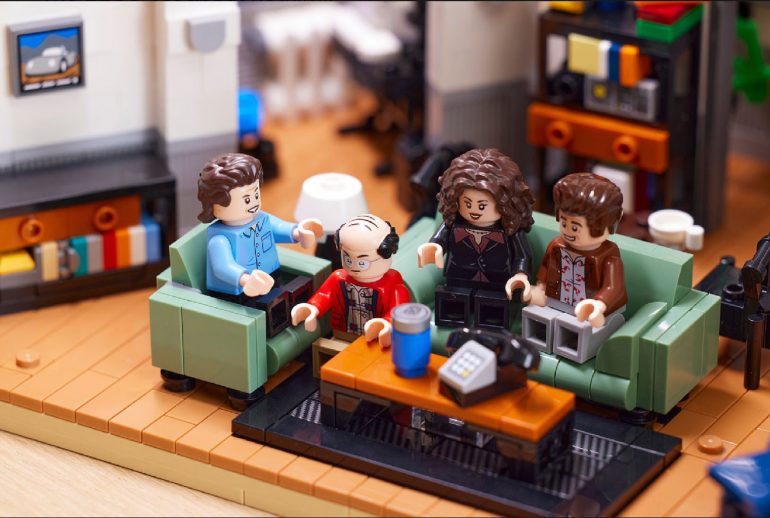 LEGO has unveiled that they will be releasing an Official Seinfeld set. The set comes off the back of a successful debut for the ‘FRIENDS Central Perk’ set, released in 2019.

The set is designed in the style of Jerry’s apartment, but from the point of view of a TV set. It features Jerry, George, Elaine, Kramer & Newman.

The set was designed by LEGO & Seinfeld fan, Brent Waller.

In a press release, Waller explained his process,

“I thought it was a travesty that a LEGO Seinfeld set didn’t exist so I made an effort to resolve that and make the best rendition of Jerry’s Apartment and the gang that I could. The biggest challenge was trying to cram as much detail from the show into the kitchen, all the cupboards, items in the cupboard and on the bench-tops. But I am very proud of how it turned out.”

The set will be made available to the public on August 1st. However, LEGO VIP members will be able to purchase from July 21st. The set will cost $79.99 USD (£69.99). So far, no Australian price has been revealed.