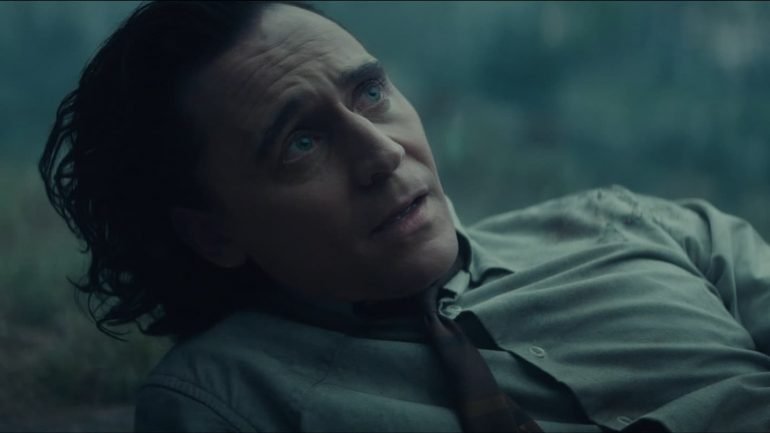 **The following article contains spoilers for Episode 4 of Loki. In fact, it’s probably going to spoil the whole show up until Episode 4. So if you haven’t seen it yet, maybe just give this one a miss**

Well, that was an eventful episode.

Although it’s only 4 episodes old, one great aspect of Loki (thus far) is that it’s kept us guessing. Episode 4 has proved that it very much IS NOT an exception to this rule.

Episode 4, titled ‘The Nexus Event’ picked up from the apocalyptic Doomsday scenario that Loki and Sylvie found themselves in at the end of Episode 3. Naturally, they escaped, which is probably a good thing, otherwise the show would’ve been remarkably short. Their escape, however timely, was slightly anti-climatic. I didn’t mind this, however, as it can be a bit tedious trying to make us believe something awful is about to happen all the time.

As it turns out, Loki and Sylvie got a little bit too close to each other in what they thought were their final moments. This caused a Nexus event, allowing the TVA to catch up to them and save them from certain death. Jokes about Loki touching himself aside, for about 30 seconds I thought they were going to kiss, and since they’re supposed to be the same person, I’m just really not sure how I felt about that.

The next 20 minutes of the episode milled around a bit, as Mobius sent Loki off for perpetual punishment. But finally Loki decided to blurt out the all important line.

“The TVA are lying to you”.

Mobius, being the curious sleuth that he is, starts poking around at what I guess you would call existential questions. Although, if you’re working in the TVA, would every question be existential? Food for thought.

Eventually this leads him to uncover some facts that confirm that Loki was telling the truth. The TVA aren’t all they’re saying they are. I’m kind of glad this revolution came about. I’m just not sure I could have dealt with the predeterministic repercussions of the TVA’s cosmic existence.

Mobius decides to break Loki out, deciding to reclaim his past life and bring the TVA to its knees. This plan would break down spectacularly quickly, as Mobius was promptly eradication by the TVA’s magic sticks of doom. This moment quickly shun the spotlight on Ravonna Renslayer. Could she be this stories true ‘Big Bad’?

This led to Loki and Sylvie being taken before the Timekeepers. FINALLY, these mystical, cosmic, time-travelling mischief makers would be revealed.

I must say, finally seeing them was….underwhelming. As was the realisation (after a considerable fight with the guards and Ravonna) that the Timekeepers were really just…androids?

But the episodes biggest, ‘wait, what just happened?’ moment came shortly afterward. Loki, choosing to believe the guards were as good as dead, got erased by those magic sticks of doom. This brought a speedy end to what was easily the most eventful episode of the series thus far.

But we’re not quite done there. This week we were gifted a classic MCU after credits scene. Loki wakes, assuming he’s in Hel, only to be confronted by 3 (or 4 if you count the Crocodile) Variant Loki’s. Huge.

I have been pretty disappointed with the MCU TV we’ve seen from the previous two series. However, Loki is really pulling it in the right direction for the home team. The show seems to be going from strength to strength with each episode. This weeks revelation that the Timekeepers are bogus, was a solid mid-season twist.

I didn’t like seeing Mobius being erased. Not because it wasn’t a twist, or good for the story. I just really liked the character. Let’s hope this isn’t the last we’ve seen of our favourite time detective.

The show now has more unanswered questions than answers, and I really think that’s a good thing.

I’m genuinely excited to see how this plays out.