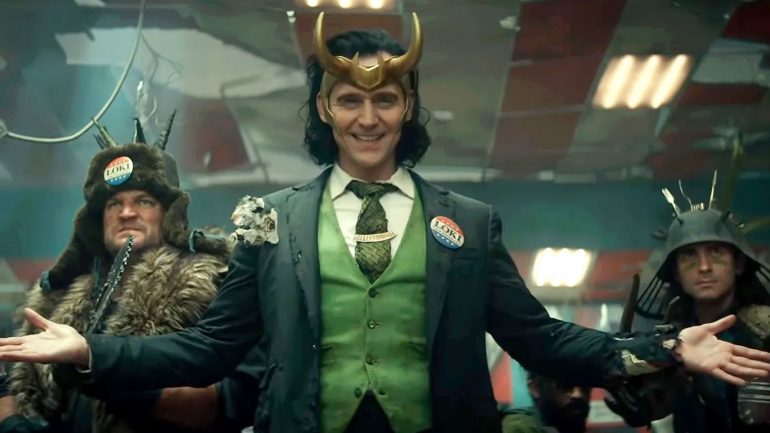 Off the back of an action packed and eye-opening Episode 4, it was always going to be hard for Episode 5 to live up to those lofty heights. As I mentioned in last weeks recap, I thought Episode 4 was easily the best to date. Unfortunately, that still appears to be the case. Episode 5, for me at least, never really got me out of my chair.

As Loki, Sylvie and Mobius, wake up in the void, they must desperately flee a giant, cloud-like Monster named, Alioth. Alioth devours everything in his sights and would make short work of the trio should they come into his path. They must devise a plan to beat the Monster, making it past him to the end of time and space.

Episode 5, ‘Journey Into Mystery’, was a little too haphazardly slapped together for my taste. It felt like the kind of story arc which probably should have been told over two episodes instead of one. I genuinely did enjoy the subplots, and Loki’s interactions with the Loki-verse was very fun. But it all came across as very rushed.

There were also numerous moments where I found myself scratching my head over some decisions and directional logic. Without harping on too much, I’m just going to rattle these off in a list below:

Now that I’ve got that out of the way, here’s all of the good stuff that happened in Episode 5.

As I said earlier, the introduction of multiple Loki’s was very fun. I would’ve loved to see what Thor looked like in all of their respective Universes. I wonder if Classic Loki had a brother who wore a Classic Thor outfit – fun!

On a side note, older, much stronger Loki, with his comic-inspired Classic outfit, was an awesome addition to the episode.

Sylvie’s ongoing battle with the TVA continued and culminated in a battle with the Judge. I still can’t figure out what Judge Raynor is up to, and whether she’s good or bad. However, that’s probably a good thing. The shows major strength thus far has been subverting expectations – let’s hope that continues.

Mobius is alive! That’s excellent news. For me, Owen Wilson’s turn in the MCU has made him the MVP of Loki thus far. Prior to Loki and Sylvie’s battle against Alioth, Mobius returned to the TVA using the Tempad that Sylvie smuggled into the void. Hopefully we’ll be rejoining Mobius before the shows at it’s end.

Additionally, Sylvie teaching Loki how to use enchantment made for a pretty awesome moment – even if it did happen far too quickly. Loki’s realisation, after watching Classic Loki build a freakin’ city, that they’re much stronger than they realised was a nice moment. It’s also another feather in the cap of Odin’s fathering. Clearly the Asgardian God didn’t feel the need to express these sentiments to his sons during their 1500 years of life.

Well, it appears as if Loki and Sylvie are off to battle whatever lies beyond the end of time and space. I’m not 100% sure I followed the logic being invoked there, but I sort of know what’s happening. I’m desperately keen to find out who is playing puppet with the TVA – hopefully it’s a really good, cosmically massive reveal and not some mind manipulation/trickery ridiculousness. After last weeks revelation of the not-so real Time Keepers, I can’t see them doubling down with that.

All in all, I wasn’t disappointed with the episode. It certainly had its moments of fun, but featured a few too many head scratching moments for me to place it at the top of the episode pile.