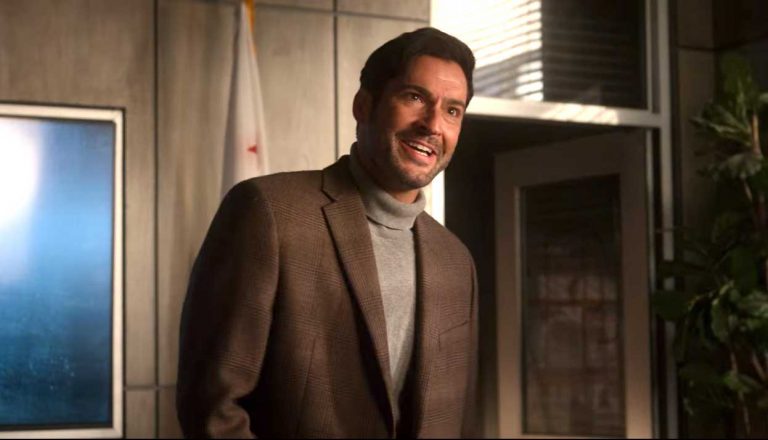 Lucifer Is Back, But It’s Not The Lucifer We Know

**SPOILER WARNING** The following article is a review for Part One of Lucifer Season 5. If you haven’t seen the show, or are avoiding spoilers, now would be an ideal time to look away.

It’s been almost 15 months since Lucifer Season 4 was released on Netflix. In that time, anticipation had been brewing for Season 5 amongst Lucifer’s many fans. Lucifer has always been a show that’s heavy on humour and fun, whilst being light on the drama. This is a big part of the reason the show has endeared itself to so many people over the years. However, when Season 5 was finally released on Netflix, it looked and sounded like the Lucifer we knew, but it just seemed to lack that special spark that kept us coming back time and again. Let’s have a look at the reasons why it felt this way.

Season 5 Has Not Yet Had The Same Charm

As we mentioned in the intro, part of what made Lucifer so great was its ability to elicit genuine chuckles on a recurring basis. The show was never designed as a genuine comedy, but the shows primary focus was light storylines that blends a mixture of comedy, action & a tweak of romance. What has been delivered so far in Season 5 was a departure from that method. We saw A LOT of the never ending Lucifer/Chloe “will they? won’t they?” gambit. We were made to deal with another set of Maze’s issues with her Demonisms (which we’ll get to later) and many of our recurring side characters (Amenadiel, Ella, Linda & Dan) were given fairly meaningless side stories which didn’t contribute much to the storyline.

The Normalisation Of Central Characters

Part of the show’s overall charm was the quirkiness and general weirdness of many of the central characters. Lucifer is the literal devil. I understand that he’s seen by humans as a generalised trope, yet in reality is a misunderstood Angel paying a penance for his past sins…but he’s still super weird, and that was very funny. Ever since his relationship with Chloe progressed to the next level at the end of last season, it’s felt like we’ve had to endure a normalisation of this ridiculous character. Is it too much to ask for a TV character to enter a relationship and not have their personality completely altered?

A similar critique can be labelled towards the characters of Amenadiel & Maze. Writers, determined to place a positive spin on profound laziness will hide these changes in character behind the thin veil of “character progression”. But i’m sorry, when a character changes and it’s not to the betterment of the show, those “progressions” should be left on the editing room floor.

Where Were The Jokes?

This has been a recurring theme amongst many critical reviews of Lucifer Season 5. The 8 episodes we’ve seen have been lacking a lot of the humour for which the show has become synonymous. Lucifer’s tireless flirting and bottomless innuendos have been replaced with coy looks over his shoulder at the beautiful detective girlfriend. The humour that was derived from Maze’s intensity, or Amenadiel’s absurdity have been replaced with meaningful heart to hearts.

If the writers & director were determined to take this show to a more meaningful place, then it’s completely understandable that the show has gone through such a change. But nowhere have we heard that this was supposed to be the case. Lucifer Season 5 was supposed to be the Lucifer we knew, on more wild and wacky adventures, but one who was one step closer to securing his love.

I’ll give Season 5 some credit for one aspect; the semi-evil Angel angle is certainly fresh. Sure, we’ve seen Angel’s with agendas before, and Uriel was certainly flirting with the (apparently) faint line between Angel and Demon. But Michael has been something else. Michael, thus far in Season 5, seems to be hellbent (pun intended) on nothing else but ruining Lucifer’s life.

But that’s about where it ends for the creativity. Unfortunately, we’ve seen a lot of rehashed storylines.

The Lucifer/Chloe relationship saga continued well into Season 5. As much as they’re a great duo, relationship or not, the constant close misses tend to be quite grating.

Ultimately, it was the predictability of Maze’s seemingly annual villain turn that drove me over the edge. Her constant backstabbing and emotional issues have now become the shows irritant. Originally, her characters growth was a source of pride. After all, a Demon who is searching for something more is a great story. Maze’s character was possibly the best character on the show in the early days. Especially during her badass bounty hunter phase. But in the last few seasons she continues to make the same mistakes and fall into the same fiendish traps. This is totally the fault of the writers, who instead of finding a new and inspired path for Maze, continue to fall back on the same lazy, rehashed storylines and “i can’t believe you did that to me” motives. How many times does she have to backstab Lucifer before he decides to cut her loose?

Hope Is Not Lost

As much as i’ve clearly disliked Season 5, I don’t believe all hope is lost. After all, we’ve had 4 Seasons of (mostly) strong character performances and storylines and I genuinely believe the run home could fix some of the glaring issues. All it would take for the show to go from where it is now, to where it could be, are a few more laughs and to go a little lighter on the deep & meaningful storylines. Sometimes it feels like shows, regardless of their genre, feel the need to bring you in emotionally. But it’s just not required for every television program. Be who you are, and own it. That’s what Lucifer needs to achieve in order to get back to it’s brilliant best.

Here’s hoping for a hell of a run towards the end of Season 5!