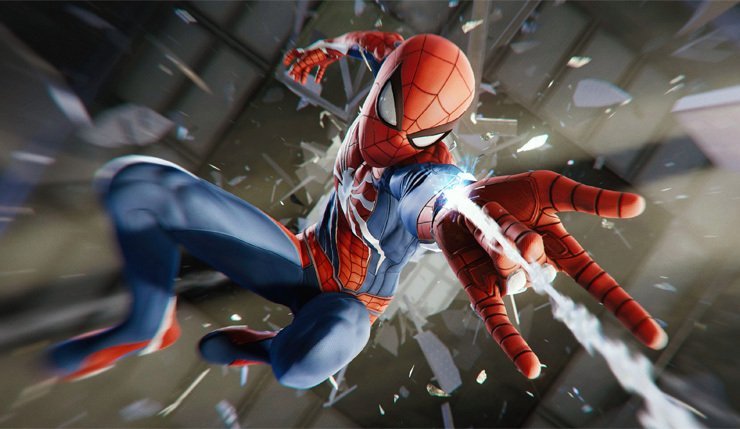 Marvel’s Spider-Man for the PS4 is another perfect example of Sony’s dominance when it comes to console exclusive titles. 2018 was the year of Spider-Man in popular media, and this title was certainly one of the main culprits. At the time of writing it’s been 2 years since the game came out, and it still holds up as an immensely entertaining experience on a 2nd or even 3rd playthrough.

Insomniac had a big job on their hands as expectations were high for an immersive Spider-Man game in the modern era. Not only did they meet these expectations, they blew them out of the water.

This game delivers the immersive experience that lets the player genuinely fill the shoes of Spider-Man. All encompassed, this game has great heart, an amazing story, and honors the fanbase in a way that would make Uncle Ben proud.

In this review I will go over the main things that I believe define this game to the casual gamer. There are things this game does great, and a few it could work on for the sequel. As this game has been out for 2 years I won’t shy away spoilers when going over the story, so consider this your spoiler warning.

It Has A Fantastic Story

Where this game earns most of its points is the story it tells. This game skips the origins story of Spider-Man we have all seen enough times already. Instead this game picks up 8 years into Peter Parker donning the iconic Spider-Man suit. Outside of the comic books, we are yet to be exposed to a Spider-Man this far into his career and it’s a welcome change of pace. The relationships have already been established, and we are being dropped in without ever feeling like we are missing anything.

The story follows Peter Parker as an adult in New York City. He faces all of the same pressures we all face, with the added responsibilities of living this dangerous second life. The first mission see’s you capture and lock up the kingpin of crime Wilson Fisk, giving way to a power struggle of New York City’s villains.

There was times when I was playing this game that I was so into the storyline that I couldn’t put the game down. I found it hard to get around to the side missions because there seemed like more pressing issues at hand. Thats not to say the side missions aren’t fantastic in thier own right. There’s more than enough to see and do outside of the main story, all of which benefit you in the long run. These side quests reward you with tokens and XP to help upgrade Spideys suit, gadgets and abilities.

One thing Insomniac absolutely nailed is the feel of Spider-Man. Comparing this for a second to Rocksteady’s Arkham games, the general consensus was that those games really let you feel like you were the Caped Crusader. In a similar fashion this game really gives you the feel of being Spider-Man.

Web-slinging your way around New York’s Manhattan feels unbelievable in this game. So much so that you will never use the fast travel option, because half the fun is getting to the next mission. On your way there you will hear cries for help, or police radars requesting backup. You have to make the decision to help out or not, even when you’re on your way to something important. Which is a very real moral dilemma constantly faced by Spider-Man. All of this adds to the immersion factor of this game.

The combat, we can also thank Rocksteady for. The Arkham games set the standard for combat in open world games that’s often referenced in subsequent games. Insomniac have taken the best bits of this, and made it their own. The dexterity and strength of Spider-Man, along with the multitude of gadgets at your disposal, amount to a fun experience, so fun that you’ll be hanging out for someone to pick a fight with you.

The Setting Is Awesome

Some would say that Spider-Man is somewhat synonymous with the city of New York. Being from Queens, Peter Parker grew up and calls New York City his home, so understandably this game takes place in Manhattan. Insomniac’s attention to detail in recreating the city for this game is unbelievable.

Throughout the game you’re encouraged to take photos of landmarks throughout the city for ‘landmark tokens’ that help you unlock spidey suits and gadgets. The likeness of the real life recreations are stunning. They have even added a few easter eggs for the Marvel universe, such as the Wakandan Embassy, Avengers Tower and Doctor Strange’s Sanctum Sanctorum.

The only downside I can point out is the stealth missions. In some cases the player takes control of Spidey’s back up characters. In these quests you control MJ (Mary-Jane), or Miles Morales (pre radioactive spider bite), to assist Spider-Man.

Now these do serve their purpose in the story. But we didn’t get this game to control a character without Spider-Man’s abilities. They seem like speed bumps in an otherwise fast paced game, and could have been explained away in a cut-scene.

All in all Insomniac have given us a game that really lived up to expectations. It’s been a long time since the world has enjoyed a Spider-Man game, with the franchises fair share of flops. Sony have invested a lot into this series, and this goes a long way to solidifying Spider-Man as one of the consoles “mascots” going forward. With future titles are imminent, and a real universe being fleshed out in just one title. The Spider-Man name is in good hands with Insomniac studios, and I for one can’t wait for the next installment(s).

Do you agree with our review of Marvel’s Spider-Man for Playstation 4? Let us know in the comments what your favourite/least favourite thing are in this game.